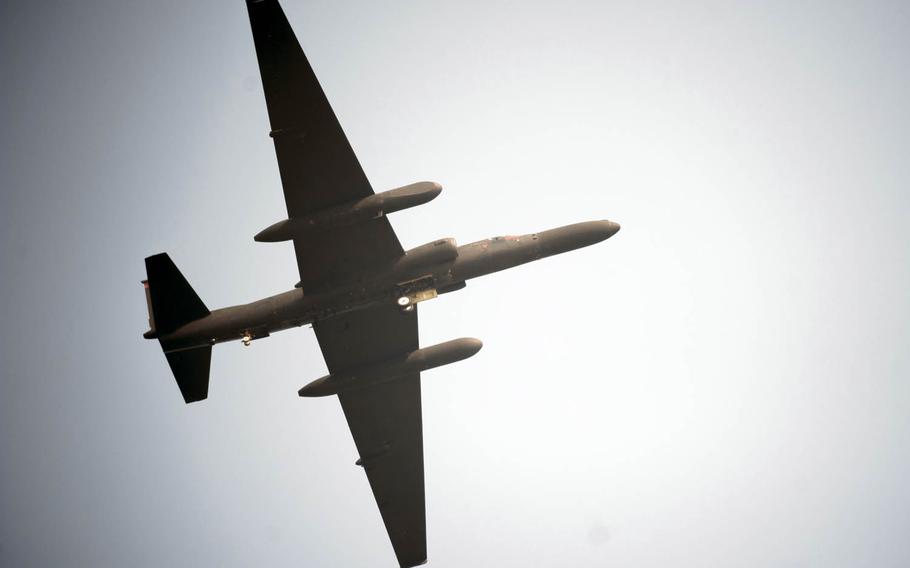 An Air Force U-2 Dragon Lady flies over Osan Air Base, South Korea, Sept. 24, 2016. The U-2, from the 5th Reconnaissance Squadron, is a high-altitude, all-weather surveillance and reconnaissance aircraft. (Jonathan Steffen/U.S. Air Force)

An Air Force U-2 Dragon Lady flies over Osan Air Base, South Korea, Sept. 24, 2016. The U-2, from the 5th Reconnaissance Squadron, is a high-altitude, all-weather surveillance and reconnaissance aircraft. (Jonathan Steffen/U.S. Air Force) 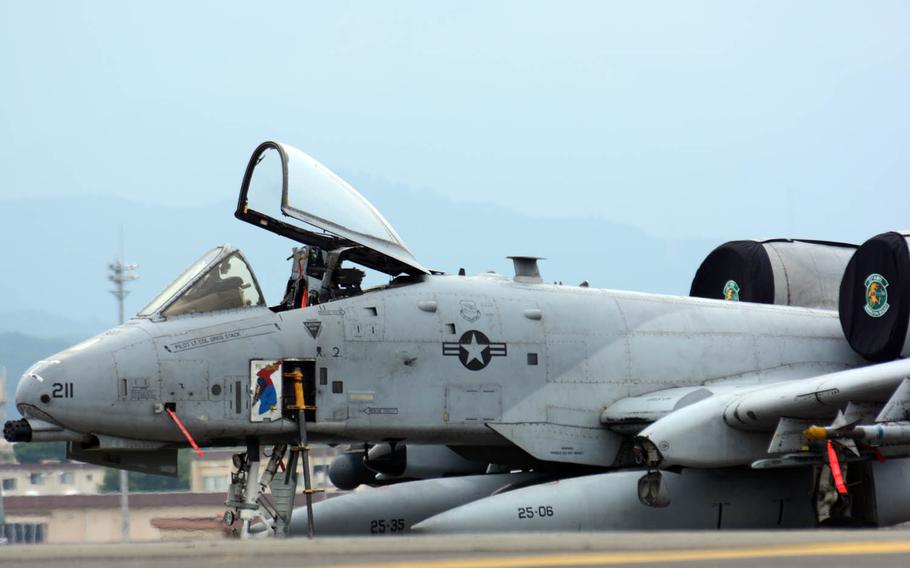 An A-10 Warthogs from the 25th Fighter Squadron out of Osan Air Base, South Korea, sits at Yokota Air Base, Japan, Wednesday, June 7, 2017. (Allen Onstott/Stars and Stripes)

SEOUL, South Korea — U-2 spy planes, fighter jets and other aircraft have been deployed off the peninsula as the Air Force temporarily halts flights from Osan Air Base while it begins rebuilding a Korean War-era runway.

The disruption comes amid rising tensions over North Korea’s nuclear weapons programs, but officials stressed missions would continue to be conducted from other air bases in South Korea and Japan.

Four U-2 planes were moved to Kadena Air Base on Okinawa last week along with some 180 personnel from the 5th Reconnaissance Squadron usually stationed on Osan.

“While at Kadena the 5th RS will continue to fulfill their intelligence, surveillance and reconnaissance mission and provide continued support to U.S. allies and partners” in the region, Pacific Air Forces said in a statement.

The inside runway at Osan, which was constructed during the 1950-53 Korean War, needs to be completely replaced, said the 51st Fighter Wing’s public affairs office.

The outside runway also will be closed during the initial construction phase as a safety precaution while temporary taxiways are built.

“This construction is scheduled for June 5 to July 5,” 51st FW spokeswoman Tech. Sgt. Ashley Tyler said in an email. “All aircraft will return to Osan following this initial phase of construction.”

F-16 fighter jets and A-10 Warthogs usually based on Osan were headed to Alaska for the Red Flag aerial combat exercises. Meanwhile, the 731st Air Mobility Squadron will deploy to Suwon Air Base, South Korea.

“We are not currently flying missions out of Osan due to runway construction and upgrades,” Tyler said. “However, Kunsan Air Base and surrounding bases in Japan, with fully operational runways, are conducting missions regularly in support of both the Korean Theater of Operations and the Indo-Asia-Pacific region.”

“Deployments like these are frequent and this particular one has been scheduled since 2016,” Tyler said. “By relocating to other bases, our maintenance teams and pilots are able to continue to train with our allies and partners and conduct day-to-day operations.”