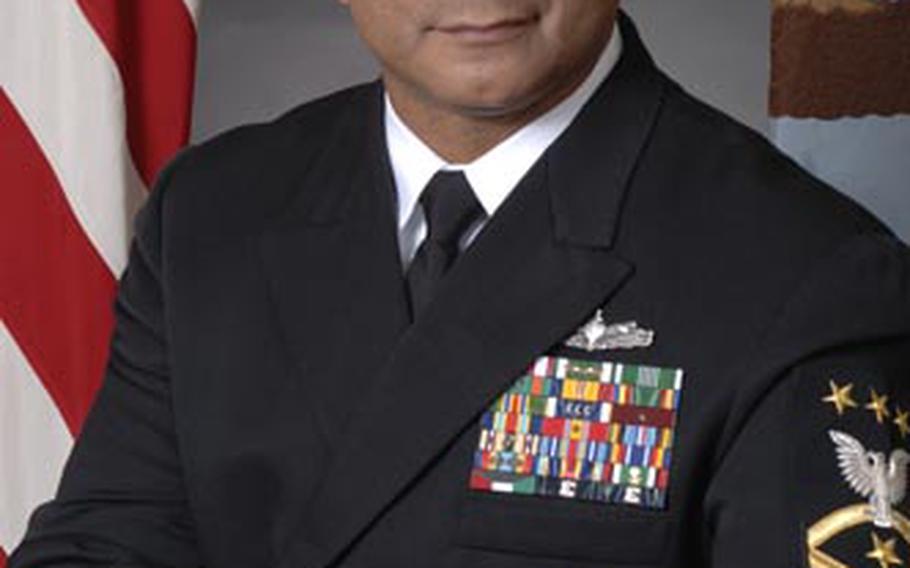 The Navy’s top enlisted man announced Tuesday that he is retiring. Master Chief Petty Officer of the Navy, Joe Campa, was selected for the position in June 2006. ()

"He feels he&#8217;s accomplished what he set out to do," Houlihan said. "He&#8217;s very satisfied with the direction of the Navy and the enlisted force and feels the time is right now to move on."

Campa joined the Navy in 1980, and during his first tour as command master chief aboard the USS Curtis Wilbur, the Yokosuka, Japan-based ship deployed to the North Arabian Sea in support of Operation Enduring Freedom.

In June 2006, Campa was selected as MCPON. At the time, he was command master chief for Joint Task Force Guantanamo Bay, Cuba.

Prompted by Campa, the Navy rescinded a policy enacted under the previous MCPON that required by fiscal 2011 that all chiefs hold an associate&#8217;s degree to get promoted to E-8.

"The requirement disadvantaged a significant number of chief petty officers who are leading sailors at sea or in combat," Campa said at the time.

"Deckplate leadership is defining your own personal success through the success of your sailors," Houlihan said.

Chief of Naval Operations Adm. Gary Roughead issued a message to senior leadership calling Campa "a sailor&#8217;s MCPON" who changed the Navy, according to a news release posted on the MCPON&#8217;s Web site.

"Early in his tour, it was very clear that his intent was to reset the chief&#8217;s mess and return its members to the role of deckplate leaders," Roughead said in the news release. "Watching that happen aboard our ships and shore stations has made our Navy stronger and inspired our sailors."