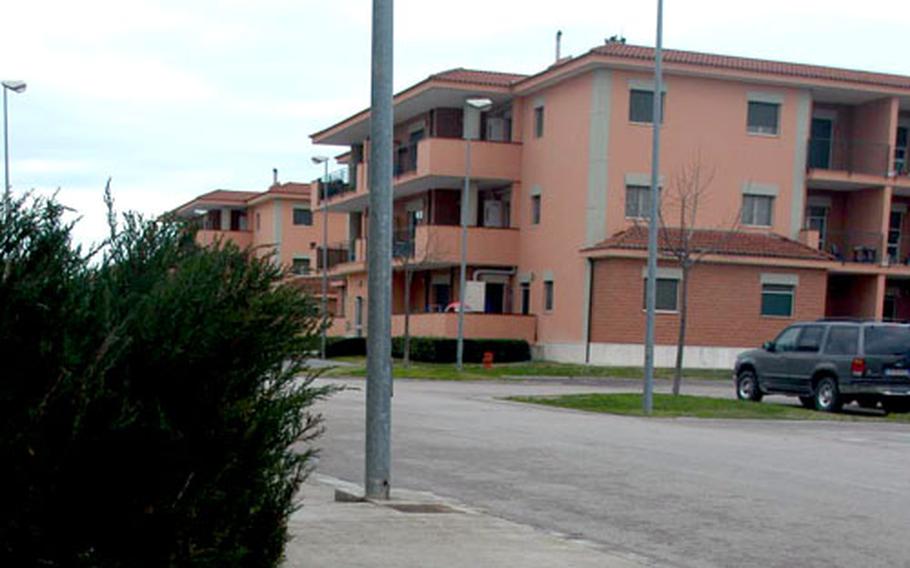 Department of Defense civilians and their families coming to, or already living in, Naples, Italy, are now able to move onto the Support Site housing area. (Jason Chudy / S&S)

Department of Defense civilians and their families coming to, or already living in, Naples, Italy, are now able to move onto the Support Site housing area.

The change, announced earlier this year, allows civilian workers to live in available enlisted two- to four-bedroom apartments at the complex.

Enlisted personnel E-5 and above can choose to live in base housing or move into town. Any excess units can be filled by DOD civilians and some contractors. Base community support director Ellen Spirito said that five civilian families have already moved on base and five more are on a waiting list.

Civilians moving on base will forfeit their living quarters allowance, which varies depending on their pay grade. Those who do not receive an LQA, such as some contractors, will have to pay rent.

Rent, Spirito said, will include utilities and is comparable to similar-sized units in town.

Civilians will be allowed to sign up for apartments based on their family size, not their pay grade, she said. Enlisted families are assigned housing based on family size and rank.

Those who want the convenience of the Support Site facilities &#8212; the main exchange, commissary, hospital, elementary and high schools are all located there &#8212; the Navy will even pick up moving costs for those now living off base.

They will not, Spirito said, pick up the cost for storing excess household goods.

While allowing civilians into military housing is new for Naples, one of the Navy&#8217;s largest European bases, it isn&#8217;t unusual for other bases, said Chief Petty Officer John Musser of Navy Region Europe public affairs.