Student's love of video becomes message of support for troops 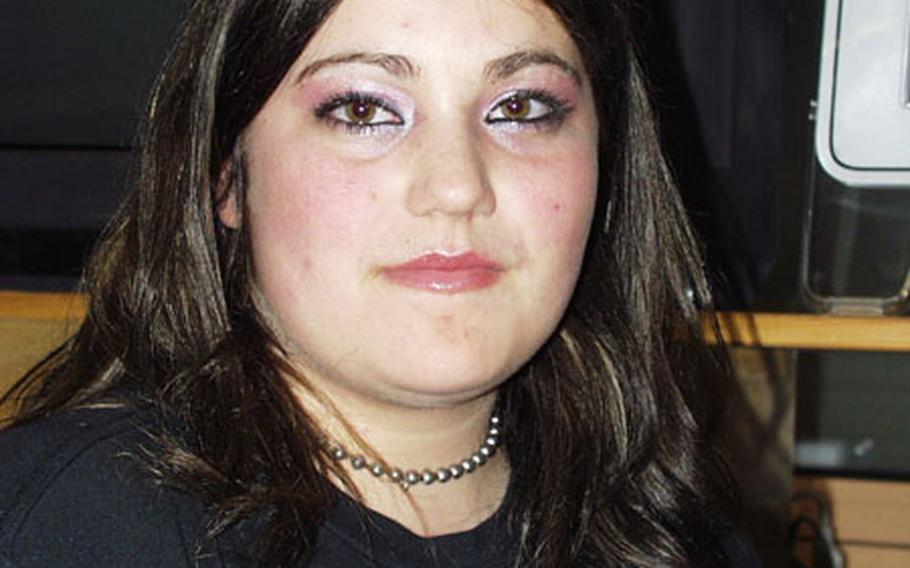 Patch High School senior Bonne Barton has videotaped interviews with music performers, such as Papa Roach, over the past several month and asked them to make messages of support for U.S. troops. She is now trying to get the video clips aired on AFN. The interviews stemmed from a class project in video communication. (David Josar / S&S)

She played with a video camera while growing up as an Army brat. And when her dad, a Special Forces Green Beret, was assigned to Stuttgart this fall, she decided to combine her love of making movies with a way to support the troops.

Barton has recorded more than a half-dozen videos with a variety of music stars. She is working on getting the clips to air on American Forces Network.

Her teacher, Walter Fritz, said Barton has a zest for videography and an enthusiasm for interviewing.

Barton&#8217;s first attempt was with Papa Roach, which performed in B&#246;blingen, just outside Stuttgart in October.

Fritz told her to contact the German agents for the performers&#8217; record album, which she did, and an interview was set up.

During the interview, which she edited for a class project, she asked the band members to record a message for U.S. troops.

Later she interviewed singers from the group Murder Dolls. Their message was more whimsical: &#8220;Keep wearing camouflage,&#8221; they said.

Barton said the hardest part of making the video messages was learning how to edit the video. The easiest part, she said, was doing the interviews.

The most disappointing interview attempt was in Munich with O-Town, an American pop music boy group created from a reality TV show. &#8220;I was just blown off,&#8221; she said.

Barton recently entered several of her videos in the Kaiserslautern Videofest, where she competed against students from the Department of Defense Dependents Schools.

She received several excellent rating but no superiors for her videos, some of which included excerpts of the segments she recorded for the troops.