Squadron adds rappelling to its repertoire 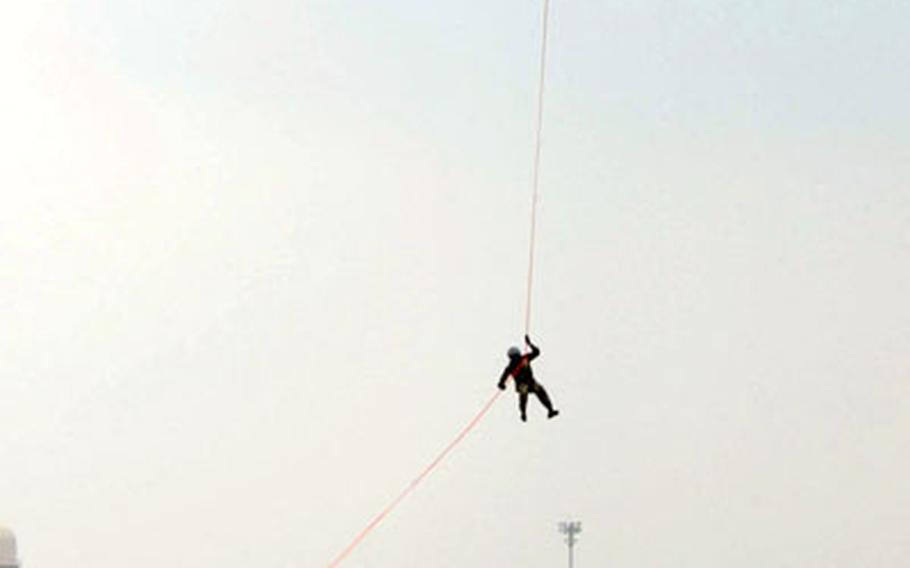 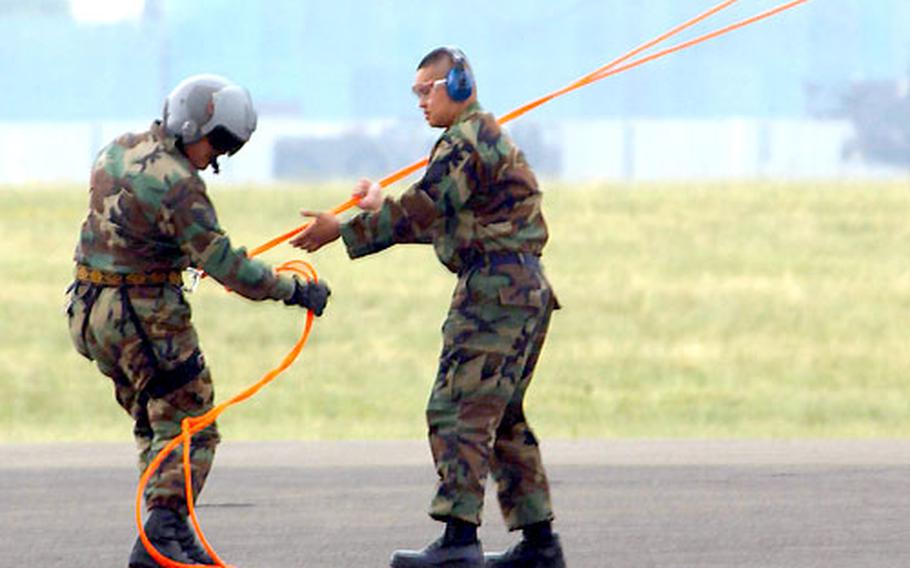 No, the pilots and flight engineers won&#8217;t be dropping midair from ropes.

Nor will their VIP guests.

But for the first time, the 459th Airlift Squadron will be able to support rappellers on training and &#8212; one day, perhaps &#8212; real-life missions.

The squadron practiced its maiden rappel run Monday on Yokota Air Base.

The crew says helicopter rappelling is safe &#8212; but practice is essential.

&#8220;Our job is to hold a steady hover and know what to do if something goes wrong,&#8221; said Capt. Karl Seekamp, Huey pilot and life support officer.

Worst-case scenario: an engine fails, and the crew has to act fast to protect the dangling rappeller and safely land the chopper.

Through rappelling &#8212; which can be used to place military personnel into remote terrain or a hostile environment quickly &#8212; squadron leaders hope to put the Huey&#8217;s capabilities to better use.

Most of the squadron&#8217;s pilots are fresh from training school.

They say giving a visiting general a lift to Tokyo, for example, is a good first assignment.

But when it&#8217;s time to move on, many advance to helicopter units that use rappelling and other &#8220;insert and extraction&#8221; techniques.

Sunday said incorporating rappelling into the 459th&#8217;s operations took about a year.

The squadron will support military units in the Kanto Plain that need rappel training. That list includes a special weapons and tactics team from Naval Air Facility Atsugi, explosive ordnance disposal personnel from Yokosuka Naval Base and Marines from Camp Fuji.

Jewell said Camp Zama&#8217;s Black Hawks are the only other choppers he knows of that support helo rappel training in the Tokyo area.

In the future, the 459th may consider supporting real-life missions, such as search and rescue and anti-terrorism.

Squadron leaders stressed, however, that they will continue to focus on their primary mission of transporting distinguished visitors.