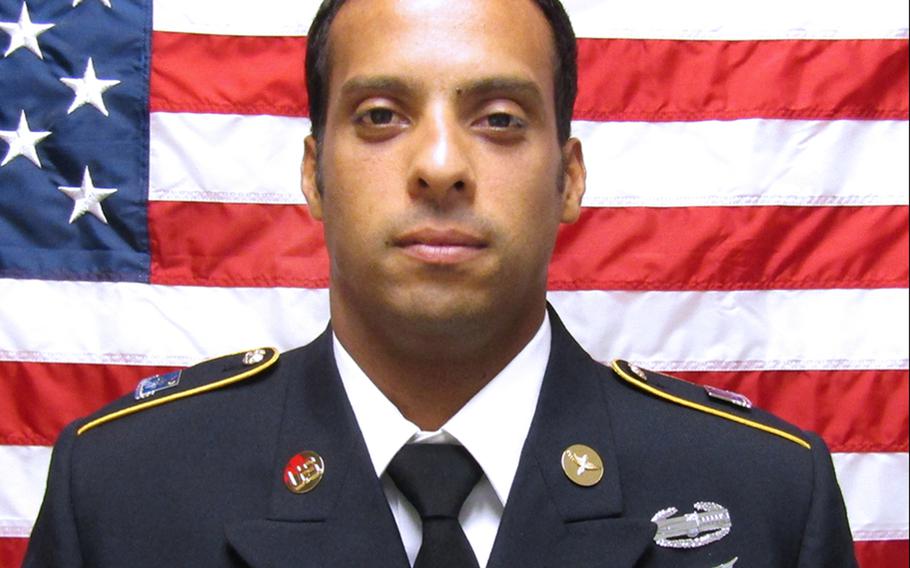 WASHINGTON — The Pentagon identified the soldier missing from a Black Hawk helicopter crash last week off the coast of Yemen as Army Staff Sgt. Emil Rivera-Lopez.

Rivera-Lopez was declared deceased after being previously listed as “duty status: whereabouts unknown,” the Pentagon said Friday in a statement.

A few hours earlier, a Defense Department spokesman said his body had not been recovered since the Aug. 25 crash — it’s not clear whether it was later found, resulting in the status change. Central Command referred questions to Army Special Operations Command, where a spokesman said he did not have that information on Saturday.

Born in San Juan, Puerto Rico, Rivera-Lopez enlisted in the Army in July 2006 as a Black Hawk helicopter repairer, serving with units in the 82nd Airborne Division’s Combat Aviation Brigade, including MEDEVAC, until May 2013, according to a biography provided by Lt. Col. Robert Bockholt, a Special Operations Command spokesman. Rivera-Lopez joined the Night Stalkers in July 2013, first as a Black Hawk maintainer and squad leader, and later as a section sergeant and crew chief.

His honors and decorations include multiple awards of the Air Medal, Army Commendation Medal, including one for valor, and Army Achievement Medal. He also earned medals for service in Afghanistan and in support of the Global War on Terror, as well as an Overseas Service Ribbon, a NATO medal, Combat Action Badge, Aviation Badge and Parachutist Badge.

“We offer our condolences to the family and friends of Staff Sgt. Rivera-Lopez as we all mourn his loss today,” Bockholt said. “We are working closely with his family and will keep them in our prayers.”

The aviation regiment’s Savannah, Ga.-based 3rd battalion will hold a memorial ceremony to honor Rivera-Lopez at Hunter Army Airfield on Tuesday afternoon, according to a Facebook post by the Night Stalker Association’s local chapter.

Thomas told the Post that the Black Hawk was conducting hoist training. It was just feet above the water when it lost power and went into the water, quickly rolling over. The cause of the crash is under investigation, according to the Pentagon statement.

The Pentagon said the helicopter that crashed was not involved in a combat mission. The military has a small number of troops deployed in Yemen to aid the fight against an al-Qaida group in the country. It has conducted ground raids against the terrorist group there this year, including an operation in late January in which Navy SEAL Chief Petty Officer William Owens was killed and an MV-22 Osprey tilt-rotor aircraft was destroyed after it crashed.