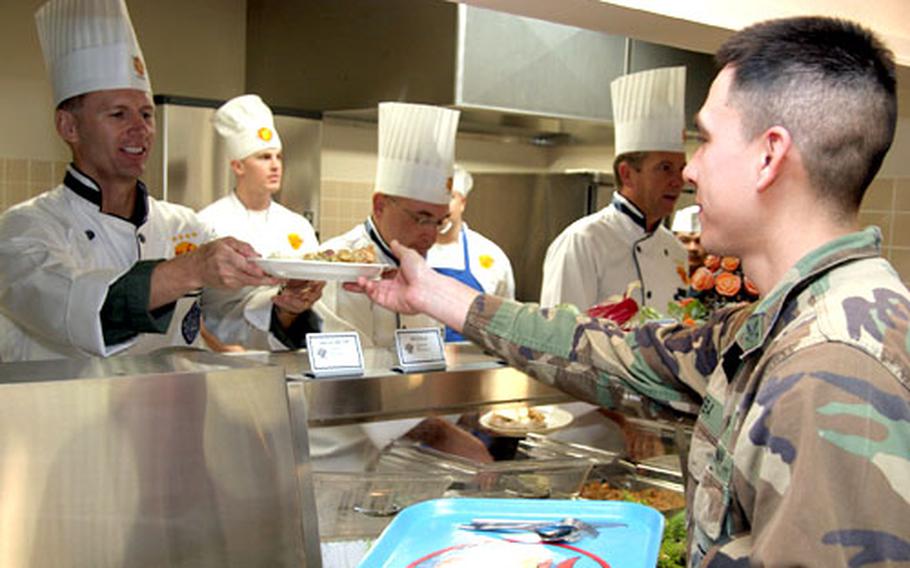 ATSUGI NAVAL AIR FACILITY, Japan &#8212; Thanks to a new dining hall built from the ground up by Navy Seabees, sailors working in the squadrons far from the center of base no longer have to eat out of a meal-on-wheels truck or hoof it across base for some takeout.

The East Side Diner opened last week to serve the sailors working in the aircraft squadrons.

Before now, sailors bought sandwiches and burgers to bring back to their squadrons or sent one person out for a food run. The new building provides warm, sit-down meals every day.

The galley serves main courses, desserts and anything available to sailors at the main galley across base &#8212; including steak and barbecue ribs, two of the favorites so far, Henzon said. There&#8217;s a salad bar and a big-screen TV, for added perks.

The nearly 1,800-square-foot building seats about 50. Seabees with the public works office spent a year building the structure.

&#8220;We would see them with their plates going back to their workspaces,&#8221; said Petty Officer 1st Class Howard Robinson, a builder and the project supervisor. &#8220;By the time they got there it would be cold.&#8221;

Seeing the deprived sailors provided encouragement for the Seabees (a play on &#8220;CB,&#8221; for &#8220;construction battalion&#8221;). Also, they benefited from the experience of building a Japanese structure &#8212; using metric measurements &#8212; and working with Japanese contractors.

The building is the largest project many of the Seabees have completed and an unusually large one for Navy construction men assigned to a public works department. They usually work on small improvements around base.

Those involved said it&#8217;s likely to be a career highlight.