Sailors at Capodichino complain about rising cost of dining 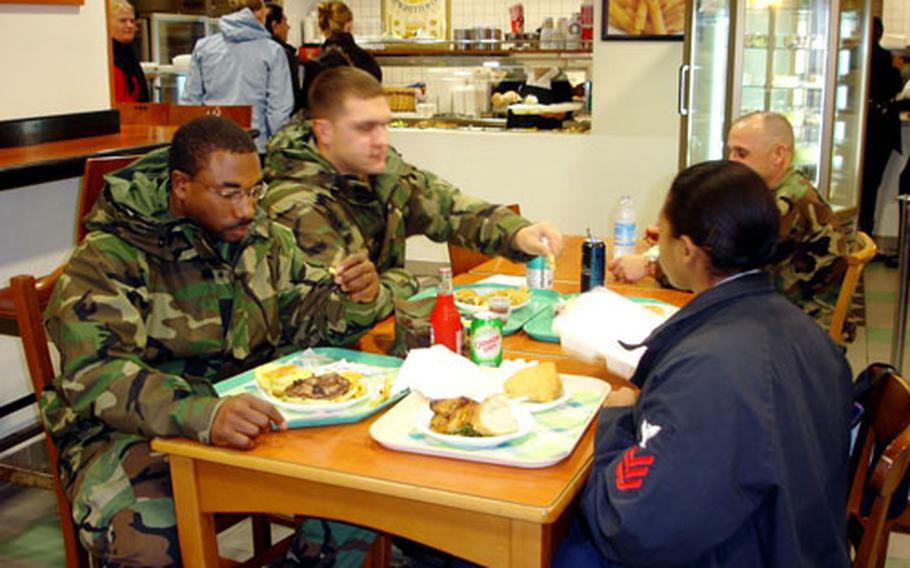 Diners at the Capo Landing are paying more after a price hike went into effect at the American Eatery, one of four food vendors at the Morale, Welfare and Recreation-managed facility. (Lisa M. Novak / S&S)

NAPLES, Italy &#8212; A recent price increase at one of the few food venues on Capodichino has customers paying more for less.

Costs for most of the menu items at the American Eatery at the Capo Landing rose significantly in the past two weeks, in some cases more than 50 percent.

Gone are the combo meals that included a burger, fries and a drink. Instead, all items are now priced individually and cost more.

With few choices for eating on base since the closure of the dining facility last year and no practical off-base options, sailors say their food allowance, or commuted rations, don&#8217;t keep pace with the prices charged by base vendors.

Price isn&#8217;t the only thing customers are complaining about.

The price increase at the American Eatery was the first since it opened more than two years ago, said Tony Smith, base director for Morale, Welfare and Recreation.

While prices won&#8217;t be going down, Smith said the base is working to include healthier menu choices and more variety in the evening for base residents.

&#8220;They can&#8217;t afford to keep all of the venues open after hours, but we&#8217;re looking at the possibility of rotating the different vendors, so maybe one night will be pizza, one night burgers and one night Italian food,&#8221; Smith said.

There are no plans to raise prices at the three other food vendors in the Capo Landing facility, Smith said.