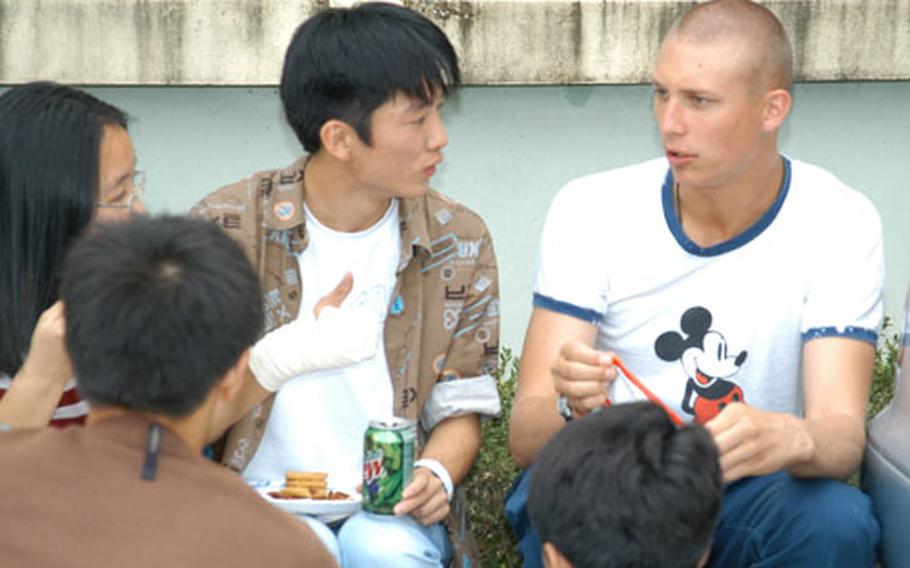 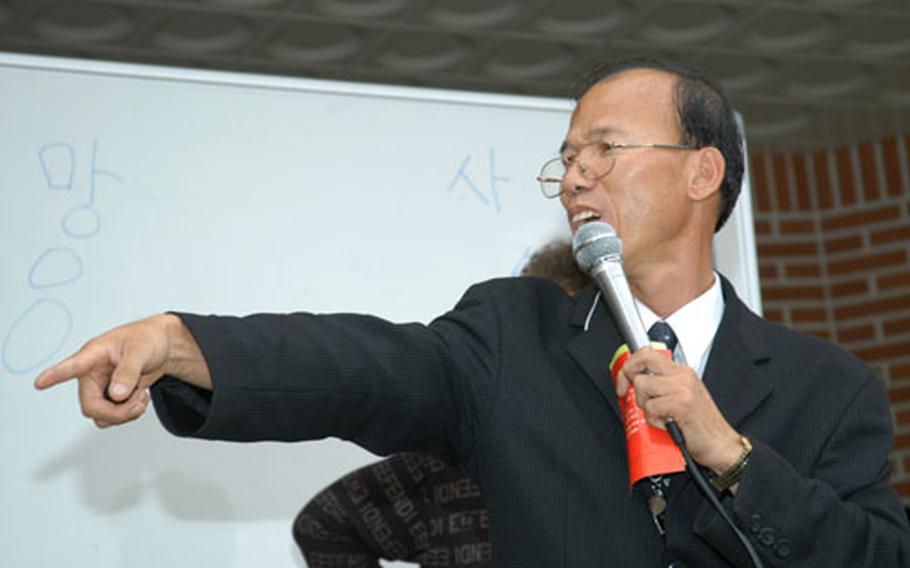 OSAN AIR BASE, South Korea &#8212; With his church only 12 miles from a big U.S. military base, Kim Ki-sik thought it would be good to have American soldiers attending services.

So Kim, 43, assistant pastor at the Seong-ju Jae-il Presbyterian Church, put in calls to the Army&#8217;s Camp Carroll in Waegwan, a big repair and supply base in lower South Korea.

But when the phone route got him nowhere, he showed up at the installation&#8217;s main gate and asked for a chaplain.

He soon was in contact with Cpl. Ok Yoo-seung, a chaplain&#8217;s assistant, and wound up with more than even he&#8217;d hoped: a bilingual Korean-American worship service earlier this month, attended by some 25 Americans &#8212; soldiers and Army civilians, some with their families, and two U.S. Army chaplains who conducted the service at Kim&#8217;s invitation.

The day began with an American-style barbecue including hot dogs, hamburgers and beans.

Then came a one-hour service in which Capt. Ralph Bieganek, the 23rd Chemical Battalion chaplain, preached.

Maj. James Choi, the 307th Signal Battalion chaplain, led the service and also translated Bieganek&#8217;s preaching for the 150 or so South Koreans who attended.

&#8220;I had a really good time,&#8221; said Sgt. 1st Class Stephen Morehouse, a platoon sergeant with 1st Platoon, 267th Chemical Company, 23rd Chemical Battalion. &#8220;This was a tremendous opportunity to meet people without the risk of the language barrier getting in the way.&#8221;