‘Rotting’ ships and aging tankers could compromise the military’s ability to get to the fight, lawmakers warn 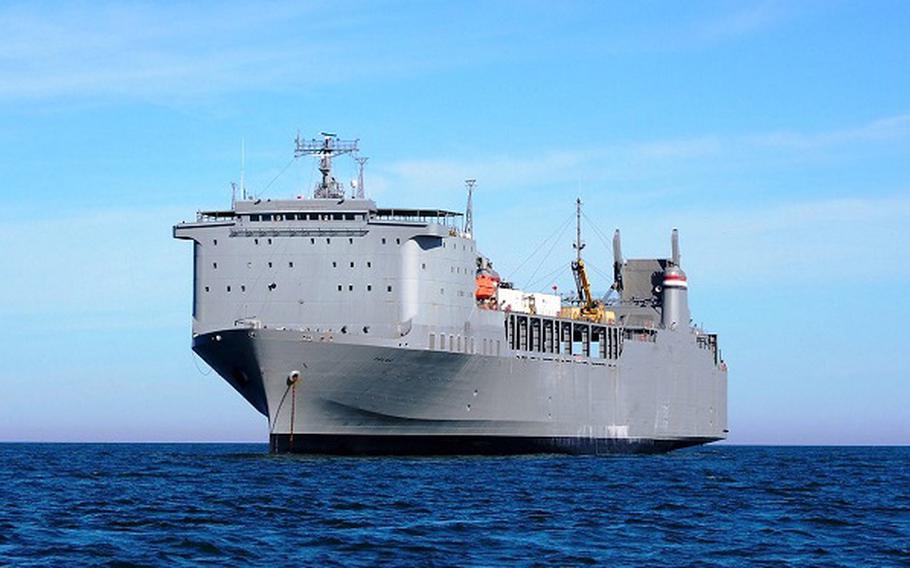 Lawmakers have warned the Navy that an aging fleet of transport ships — and no clear plan to replace them — means the military may not be able to get forces across oceans in the event of a fight with Russia or China.

The Pentagon now emphasizes the need to boost the combat readiness of its forces and modernize weaponry in an era of “great power competition.” But with the planes and ships that would be called upon in a crisis to help ferry equipment and troops to conflict zones in disrepair, it’s not clear the military could get to the fight, lawmakers said Thursday.

“With no recapitalization in place and only a distant hope that Navy will find this a priority, I continue to be perplexed how the Army and the Marine Corps expects to get to the future battlefield on these aged ships,” said Rep. Rob Wittman (R-VA), the ranking member of the House Armed Services Subcommittee on Seapower and Projection Forces.

Among the concerns is a rapidly aging Ready Reserve Force of 46 transport ships, which have an average age of 44 years. The Navy’s plans for extending the service life of the ships, such as procuring used vessels and devising a new construction strategy, have all failed to deliver, Wittman said.

“The steel is rotting,” retired Rear Adm. Mark Buzby, administrator of the Marine Administration, testified during the hearing.

But there also are similar problems facing the Air Force and its aging tanker fleet. While the service has accepted its first batch of new in-flight refuelers — the KC-46 — “technical deficiencies and other issues continue to plague the program as our existing tankers advance toward near senior-citizen status,” said Rep. Joe Courtney, D-Conn.

Taken together, weaknesses in air and sea lift call into question the military’s ability to respond to a crisis against a well-armed and fast moving adversary. In particular, concerns about a more aggressive Russia and China has put the spotlight on the military’s logistical shortcomings. Since the end of the Cold War, the military has not had to contend with an adversary capable of disrupting its global mobility plans, all of which were untested during the wars in Iraq and Afghanistan. During that time, investments in logistics capabilities declined.

In 2017, the Government Accountability Office found that the Navy may not be able to support its warships in combat if it doesn’t upgrade a fleet of aging supply ships that are losing their ability to quickly provide food, fuel and equipment.

“Over 90 percent of the equipment, personnel, fuel and other cargo necessary to sustain a major conflict is moved by sealift ships, but the readiness of the aging surge sealift fleet is trending downward,” the GAO said at the time.

But the problems extend beyond just the Navy.

“Without a demonstrably resilient and survivable logistics capability, U.S. deterrence will suffer and the ability of the U.S. military to operate globally will be at stake,” a Defense Department special task force reported in November.

DOD’s Science Board assembled the task force of retired admirals and generals to examine the range of weaknesses in the military logistics network. After months of study, the group found “significant shortfalls that, if left unaddressed, will put at risk U.S. ability to project power and sustain the fight against a strategic competitor.”

Sealift, airlift and the amount of prepositioned military equipment overseas are all “ plagued by readiness issues and shortages that must be addressed in order for the United States to defeat a strategic competitor,” said the task force’s report, called Survivable Logistics.

“I continue to be concerned about the modernization of our mobility forces and their ability to operate in a contested environment,” Wittman said.