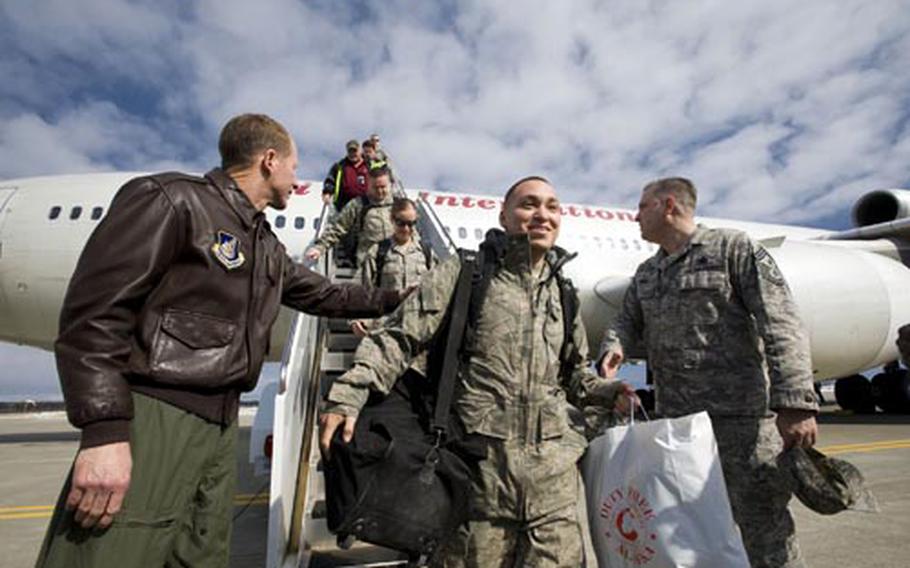 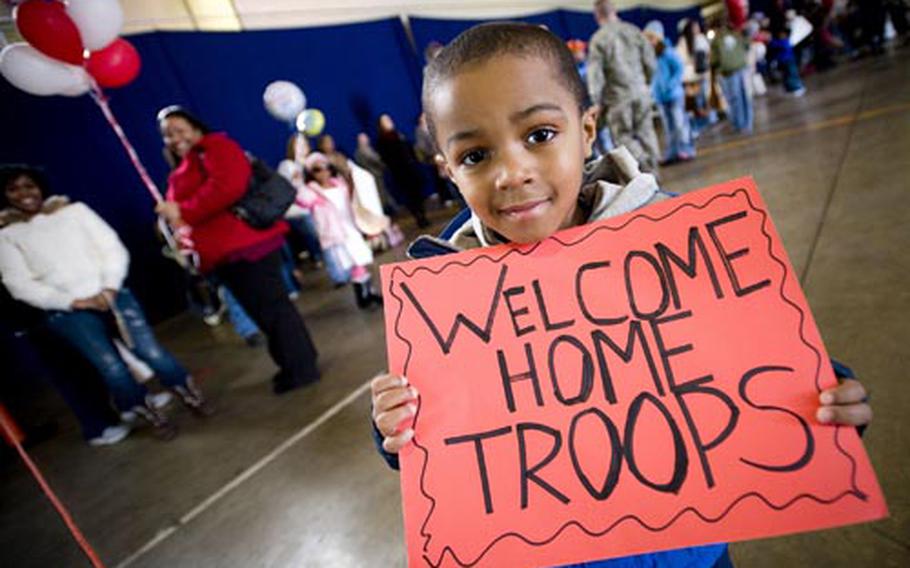 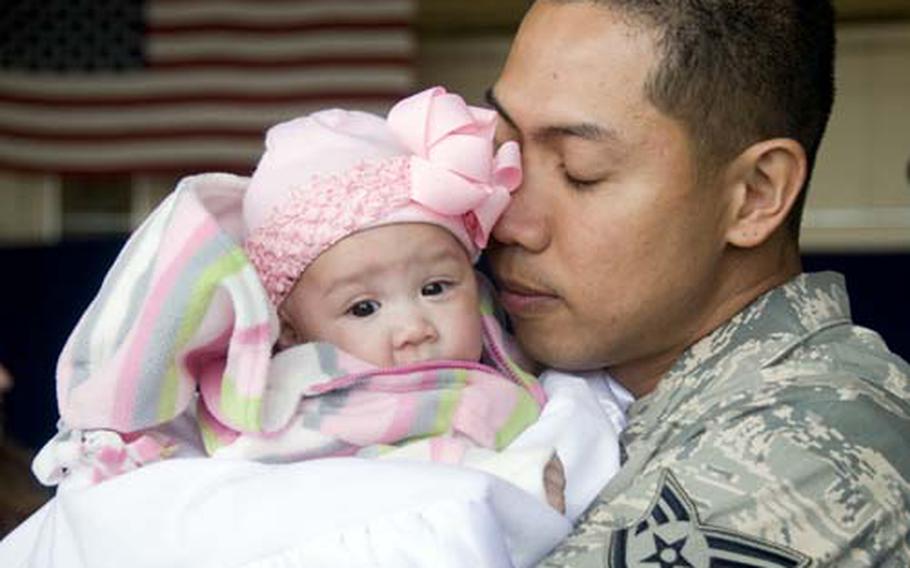 Staff Sgt. Dennis Horlador embraces his newborn daughter, Natyala, for the first time Sunday at Misawa Air Base, Japan, after he returned from a deployment to Iraq. (Rachel Martinez/Courtesy of the U.S. Air Force)

Hundreds of Misawa Air Base residents gathered during the past few days to welcome the 14th Fighter Squadron&#8217;s return from a months-long deployment to Iraq.

About 275 airmen who were deployed to Joint Base Balad for five to six months found friends and family waiting on the cold and snowy flight line as the "main body" arrived Sunday.

The return gave Staff Sgt. Dennis Horlador a special opportunity &#8212; the chance to hold his baby daughter, Natyala, for the first time.

"I was really looking forward to coming home and seeing my baby for the first time," Horlador said in a base news release. "She is so beautiful. I&#8217;m so blessed."

"Without good friends and neighbors we couldn&#8217;t have done it," she said in the release. "The squadron family has been great."

"They did the hard work, often dealing with the uncertainty of our timeline for return, while we just focused on the mission," he said in the release.

The first wave of airmen arrived Feb. 27, and a few additional jets and personnel trickled in Monday and Tuesday.

Two aircraft and about 20 personnel remain at an "en route stop due to a minor maintenance issue requiring a parts shipment," a base spokeswoman said Wednesday.

The squadron logged nearly 7,000 combat hours during more than 2,000 sorties while providing "overwatch for coalition forces and the people of Iraq as part of Operation Iraqi Freedom," according to a release.

Riza said in the release that while they were prepared for "full-scale combat operations," the pilots saw "a significant decrease in the need for weapons employment as the overall level of violence in the country has gone down."