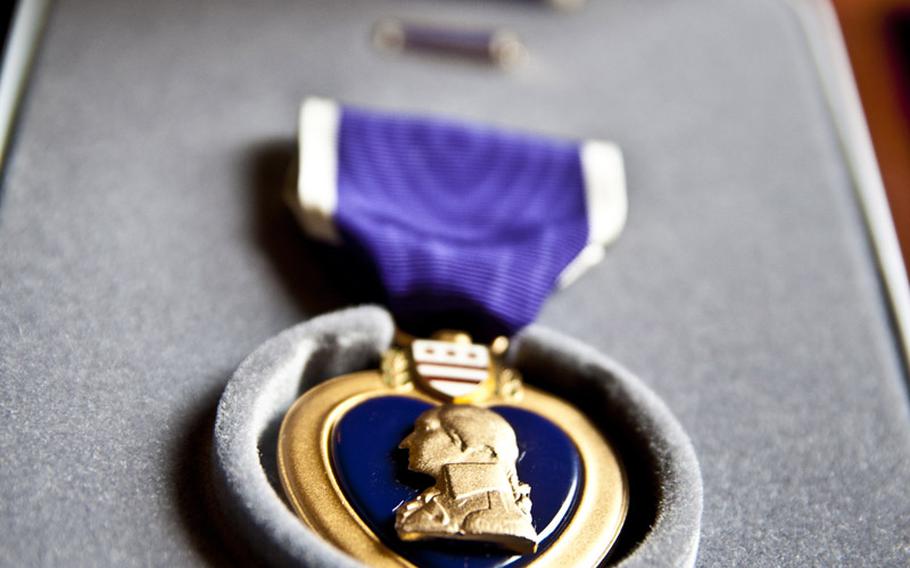 A Purple Heart Medal. The Purple Heart is one of the oldest commendations in American military history, dating back to the later years of the Revolutionary War and was originally designed as the Badge of Military Merit. (Timothy Koster/U.S. Army)

Lying about receiving a military medal is protected speech, but there’s no right to wear a combat decoration that hasn’t been earned, a federal appeals court said Wednesday.

The difference, said a divided panel of the Ninth U.S. Circuit Court of Appeals, is that lying is speech, but wearing a medal is conduct, according to a report in the San Francisco Chrnonicle.

The decision in an Idaho case returned the court to a controversy that led to a 2012 Supreme Court ruling and a rewriting of the law by Congress in 2013.

The defendant, Elven Swisher, served in the Marine Corps from 1954 to 1957, the Chronicle reported. In 2001 he applied for disability benefits, claiming he had been wounded in a secret mission to North Korea in 1955, after the Korean War ended. The Department of Veterans Affairs granted the request in 2004 after Swisher submitted what appeared to be a military document saying he had been awarded a Silver Star and other medals for his actions.

But the VA learned in 2006 that the document was forged and ordered Swisher to repay the benefits, the paper noted. He was later convicted and sentenced to a year in prison on charges that included stealing government funds and wearing unauthorized medals at a veterans’ event.

The appeals court upheld Swisher’s conviction in 2009, but he filed a new appeal after the court, in a 2010 case, struck down a federal law that made it a crime to lie about earning military decorations. The U.S. Supreme Court, in a 6-3 ruling, agreed with the Ninth Circuit in June 2012 that the law violated freedom of speech. But three months later, in another case, a different Ninth Circuit panel upheld the ban on wearing unearned military medals.

Congress has since rewritten the law to prohibit lying about military honors for financial gain, while repealing the ban on wearing medals one hasn’t earned. But the repeal didn’t help Swisher, whose conviction under the former law was upheld Wednesday.