Ready for war, but keeping the peace in Afghanistan 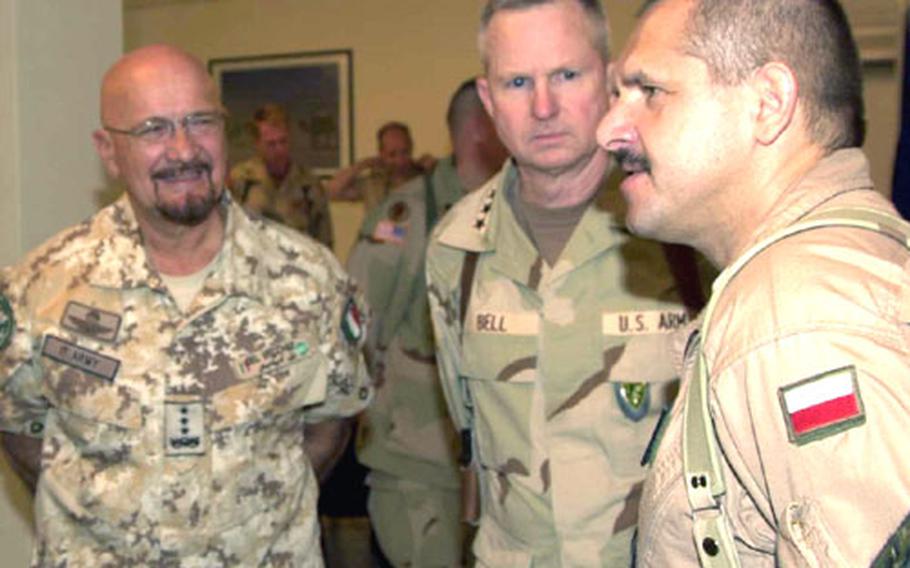 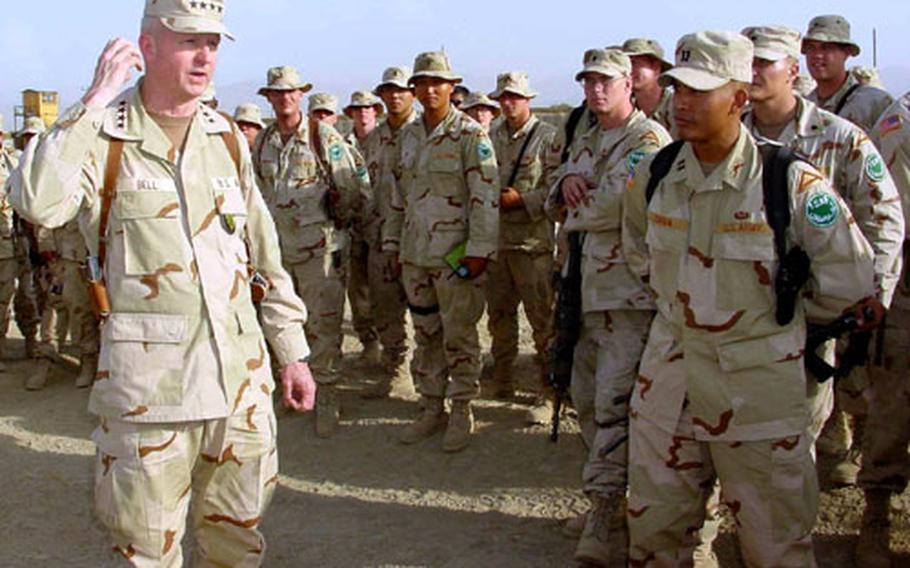 The 1st Battalion, 4th Infantry Regiment has never been warm and fuzzy.

Fearsome fighters of American Indians in the 1800s who wounded the famous Shawnee chief Tecumseh, the regiment in World War II was known for scaling snowy mountain peaks on the island of Attu to rout the Japanese.

Nowadays, its members remain, for the most part, combatants. Their usual role is to war-game against other U.S. Army Europe soldiers training at Hohenfels, Germany. And they always play the bad guys.

So when Company D recently left Germany temporarily behind to become the only U.S. infantry company assigned to NATO&#8217;s stabilization forces in Kabul, Afghanistan, some adjustments were needed. Because this time, they have to be the good guys.

Gung-ho infantrymen were told to be nice.

Their mission, which began in July and is planned to last until some time after Afghanistan&#8217;s first parliamentary elections Sept. 19, is to provide security to the nascent political process and to respond quickly if an attack does occur.

At the same time, the company, located at Camp Phoenix and calling itself Team Dragon, is working for a Romanian battalion commander, who is said to be &#8220;pretty close to fluent&#8221; in English.

The Romanian colonel, in turn, reports to the Italian general now in charge of NATO&#8217;s International Security Assistance Force.

Bell had brought along the Bulgarian army&#8217;s chief of staff so that he could visit with his troops and discuss the Bulgarians&#8217; upcoming expanded mission, as well as his NATO Land Component command sergeant major, Canadian Chief Warrant Officer Camille Tkacz, whom he introduced with high praise.

What may have been lost in the translation was more than compensated for in the multinational feelings of good will as everyone huddled for a photo op.

But having U.S. soldiers report to foreign commanders, while not unprecedented, is unusual and has been politically touchy in the past.

After the pleasantries, Bell met with the Company D commander to see how everything was working. One problem was that the company&#8217;s patrols &#8212; part of the job of being visible and of knowing where things were in the event of a needed response &#8212; had been discouraged because of territorial concerns of other units patrolling the same areas.

Dixon said some of his soldiers had expected Kabul to be something more like Baghdad. &#8220;We had to tone our guys down a bit,&#8221; he said.

Bell told them to find a way to start patrolling again. &#8220;We need this American infantry out practicing their skills,&#8221; he said.

Spc. Torrey Gray said just being in Afghanistan, one of the poorest countries in the world, was &#8220;quite a culture shock,&#8221; but that he had no problem with the mission, which, he said, had been described before the soldiers arrived.