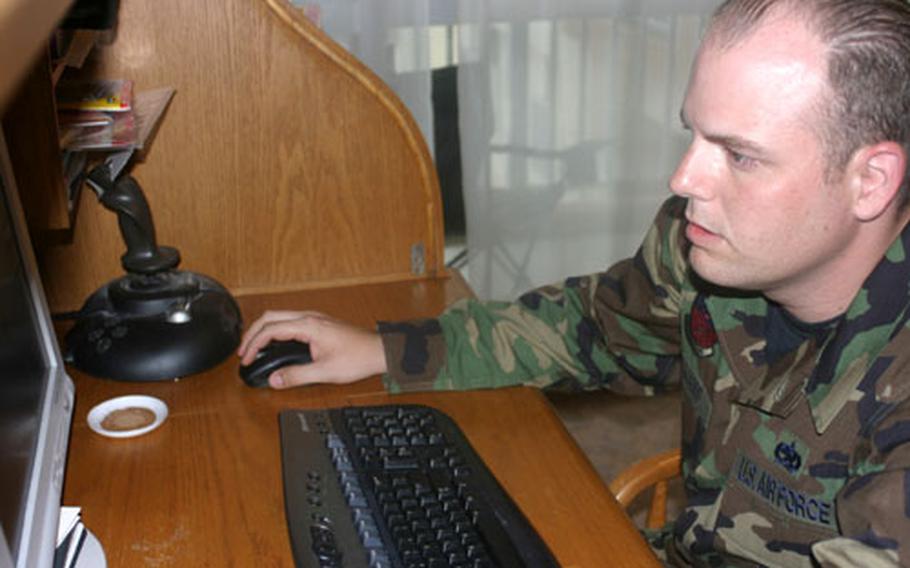 CAMP FOSTER, Okinawa &#8212; Ralph Williams sat at his computer Tuesday night, amazed at the speed of his new Internet hookup.

&#8220;We&#8217;ll be phasing in high-speed cable Internet to all our customers during the next 90 days,&#8221; said John Hadsell, general manager of Mediatti&#8217;s Okinawa operation. &#8220;Right now, we are sorting through the fiber-optics system and the 32 cable nodes on the bases on Okinawa to define our return path capabilities.&#8221; Foster&#8217;s apartment towers are the first of the 32 areas to be activated, he said.

On April 15, Mediatti took over the base cable television operation from Americable International of Japan, which brought cable service here 10 years ago. Testing capabilities for &#8220;upstreaming,&#8221; allowing for a two-way pass of information, was among the first things Mediatti technicians addressed.

Once the conversions are made, customers will be able to connect to the Internet and make changes to their cable television packages directly, Hadsell said.

He asked customers not to call Mediatti with questions about when they&#8217;ll receive the new service.

Hadsell said the Internet service will cost $39.95 per month, with a free tier of cable television channels consisting of AFN, commanders&#8217; channels, CNN and BBC World, and local Japanese channels. Extended tiers offering additional channels and premium movie channels will cost extra. Hadsell said details on the cost of the extra tiers and new channel offerings still are being worked out.

Televisions will be connected to the system by small set-top boxes. The Internet connection will be through a splitter, similar to how cable subscribers now access radio channels, he said. Cable Internet is expected to be six to 10 times as fast as the old dial-up connections.

Besides the increased speed, he said another advantage of the cable connection is that a customer will not have to worry about how many hours they have been online.