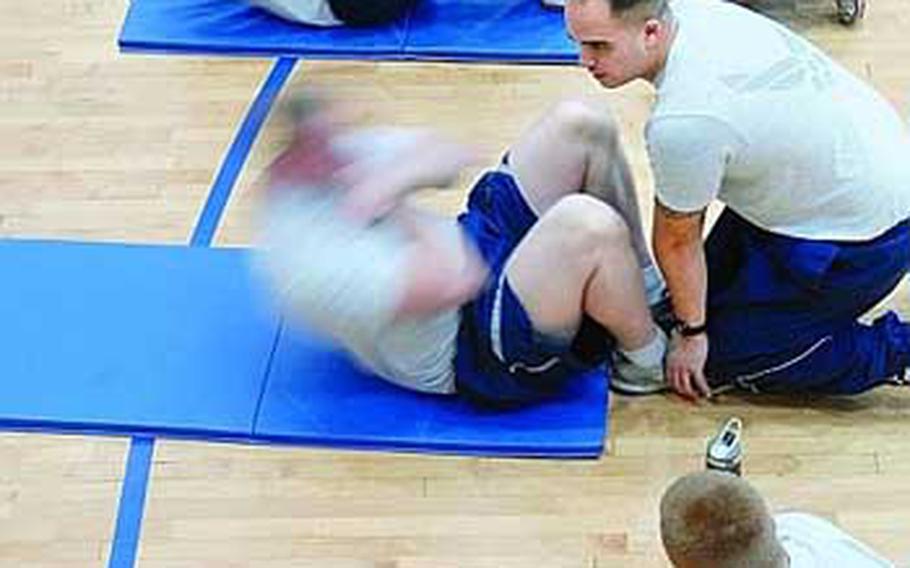 STUTTGART, Germany &#8212; The Air Force has delayed the implementation of new physical fitness standards that were set to take effect Jan. 1.

Instead, airmen will start taking the new physical training test on July 1.

The delay was prompted by feedback from noncommissioned officers and commanders in the field, Lt. Gen. Richard Y. Newton III, the Air Force&#8217;s deputy chief of staff for manpower and personnel, said in a release.

The extra time is meant to allow for a smoother transition to the new standards and give commanders time to assign additional personnel to run the tests and assess the scores, Newton said. Under the prior standards, the tests were conducted by airmen; they now will be run by civilians.

The new policy includes twice yearly PT testing, a revised point system, fewer chances to fail before being discharged and assessments conducted by civilian health experts rather than fellow airmen.

During the first half of 2010, airmen will receive two scores when they take their fitness test, one based on current standards and one based on the new standards.

This way, airmen will be able to gauge their performance under the new standards, Newton said.

An Air Force policy detailing the new fitness standards is due out within a few weeks, he said.

For information about the new standards visit the Air Force fitness program online at http://www.afpc.randolph.af.mil/affitnessprogram/index.asp.