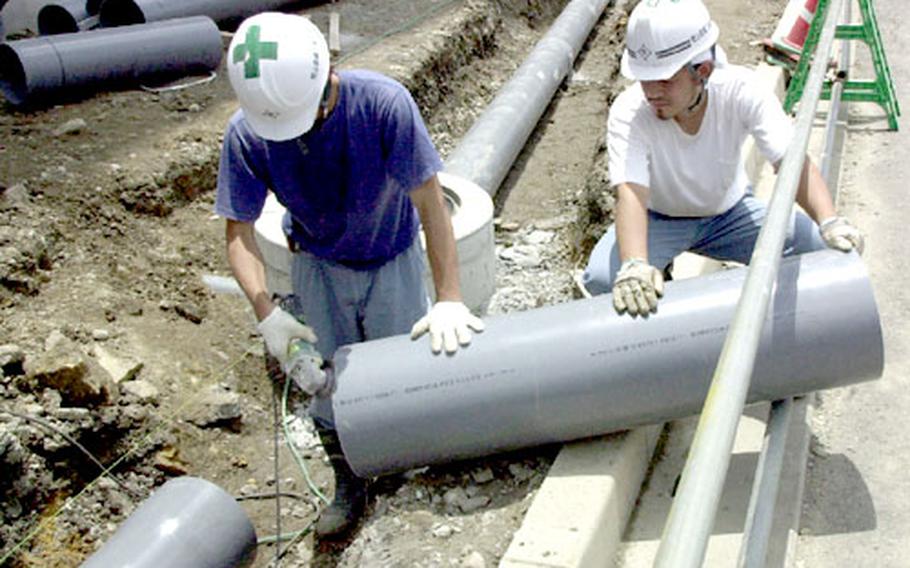 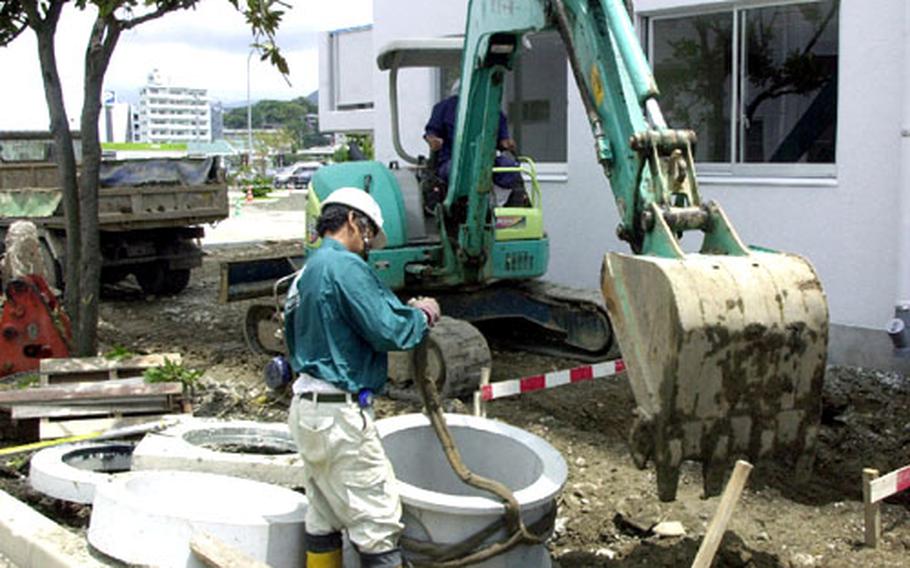 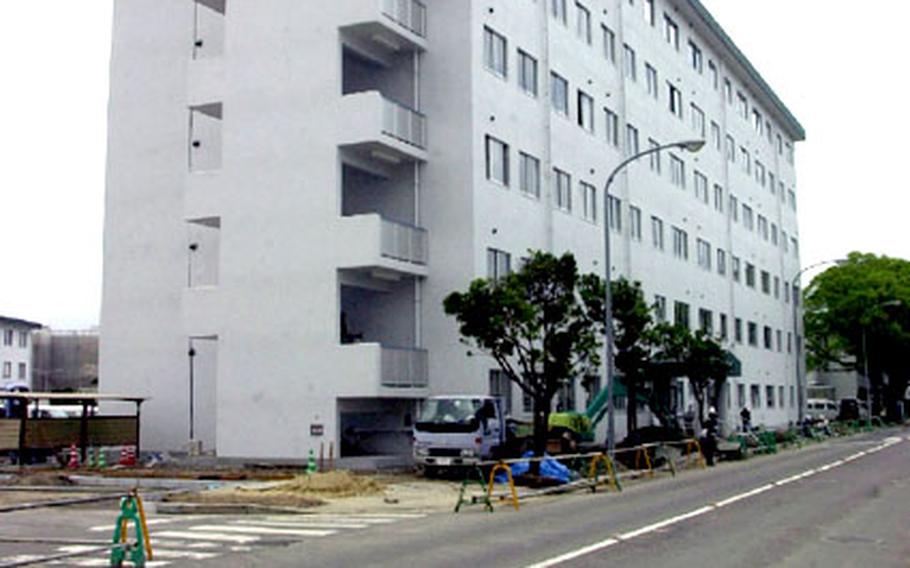 The bulk of the construction on Sasebo Naval Base&#39;s new Bachelor Officers Housing six-floor tower is finished. The $8.8 million high rise is slated for completion on July 31. (Greg Tyler / S&S)

SASEBO NAVAL BASE, Japan &#8212; Some bachelor officers attached to ships here soon will have an alternative to residing on their floating quarters while in port.

The tower took shape this summer after an old barracks near Juliet Basin&#8217;s eastern waterfront was demolished.

The barracks housed the base library, which now is in the new Community and Education Center, and the Transient Personnel Department that moved about a block south.

Since early 2001, the Japanese government has spent about $39 million to build three massive facilities along the same strip of land.

The $7.1 million two-story Community and Education Center opened in July 2002.

The new bachelor officers housing is next to the enlisted tower.

The bachelor officers housing is to be completed by July 31, Bustamante said.

Japan will turn the structure over to the U.S. Navy by Aug. 31, he said, adding that furnishing the building will begin immediately. Blinds, carpet and furnishings for each room, and washer-dryer units for each floor, will cost the United States an estimated $1 million.

The new bachelor officers and enlisted housing towers will provide some relief for single sailors affected by Sasebo&#8217;s housing shortage, he said.

&#8220;In the near future, the next two years, there are no additional bachelor quarters or housing projects scheduled for construction,&#8221; Bustamante said.

But long-term plans call for reducing the family housing shortage by building additional units at Hario Housing Village and Main Base Housing, he said.