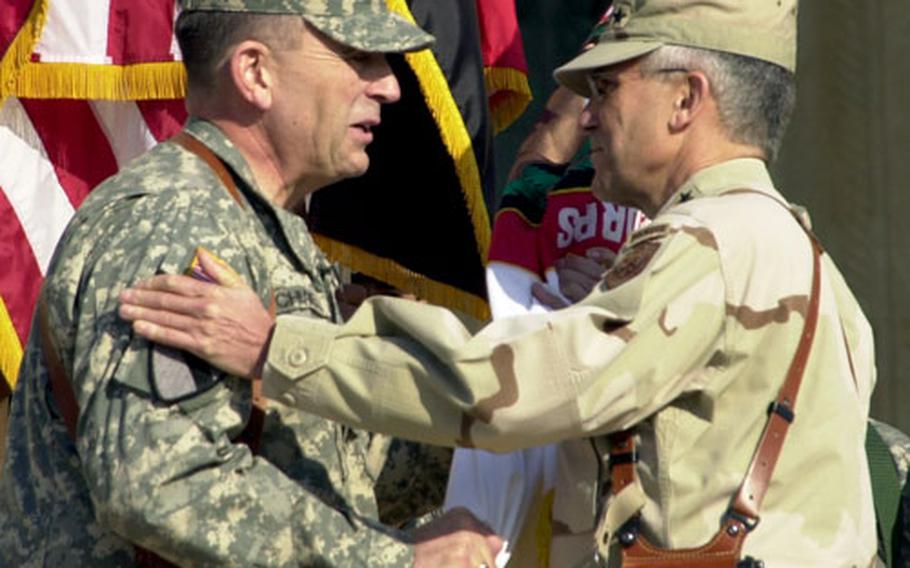 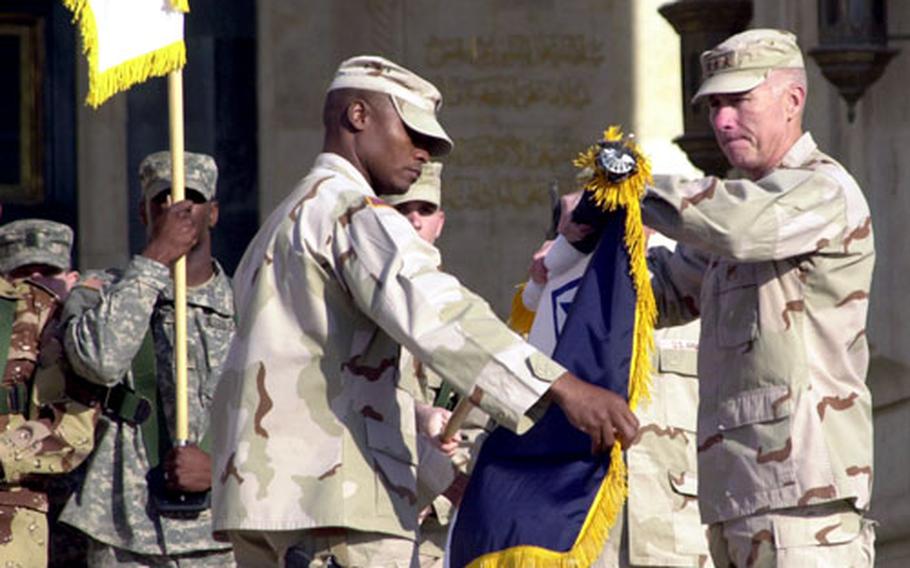 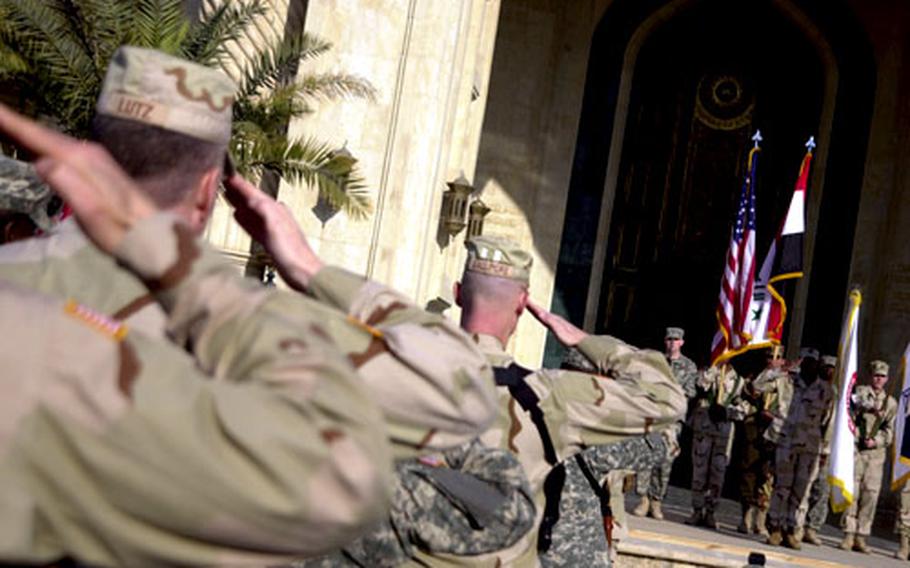 Soldiers assembled for the transfer of authority ceremony Thursday morning at Camp Victory salute the Iraqi, American and unit flags as the national anthems of both nations are played. (Joseph Giordono / S&S) 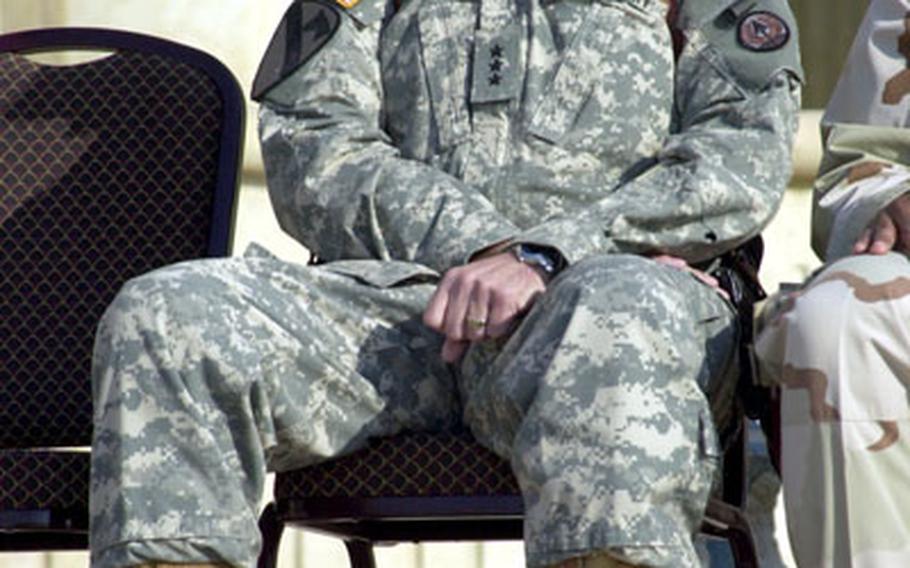 Chiarelli, who commanded the 1st Cavalry Division in Iraq, will lead V Corps troops for their second tour in control of day-to-day operations in the country. Chiarelli replaces Lt. Gen. John R. Vines, commander of the XVIII Airborne Corps.

Chiarelli said the focus of the coming year in Iraq will be training Iraqi security forces, along with building on the political momentum spurred by last year&#8217;s series of elections. He &#8220;reconned&#8221; Iraq during the December election and has spent the past 10 days visiting various commands and units throughout the country, he said.

Chiarelli joins many servicemembers now on their second or third tours in Iraq. When asked if military leaders were trying to deploy particular units to the areas they were before in order to capitalize on the local knowledge and relationships they had gained in their first year, he said it was a tough option.

The ceremony, presided over by Multi-National Force-Iraq Commander Gen. George W. Casey Jr., offered both a look forward and back.

&#8220;If you think about where you were and about what you were thinking on Jan. 19 last year, the prospects &#8230; might have looked dim to you,&#8221; Casey said, before ticking off a list of accomplishments, including the elections and the training of 200,000 Iraqi security forces.

Vines also paused to remember servicemembers who had been killed and wounded in the past year, saying the troops with &#8220;blood-shot eyes from too little sleep and watching terrain &#8230; with a knot in the pit of their stomachs &#8230; these are the real heroes today.&#8221;