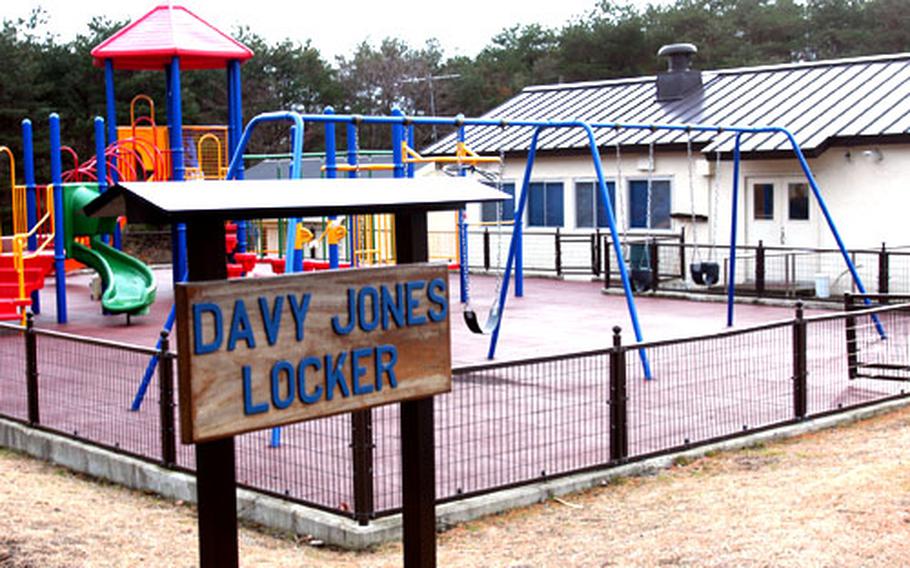 MISAWA AIR BASE, Japan &#8212; The Navy is accepting reservations again for Davy Jones Locker after sinking more than $60,000 sprucing up its interior.

The Locker is popular for social gatherings such as birthdays, squadron parties and even wedding receptions, said Charmaine Bennett, an administrative assistant for Misawa NAF Public Works Department.

&#8220;Part of our maintenance and operations procedure is to take a look at all the buildings to see which ones can be improved,&#8221; said Lt. j.g. Brad Bunker, a Public Works officer. He added that Public Works tried to make it more efficient because of the number of people who use it.

The Locker has a kitchen with a refrigerator, stove and cabinets, the last of which are to be refurbished. Outside are a pavilion, volleyball court and a new $163,000 playground. Earlier this year, Public Works finished laying down a new playground with soft rubber matting and slides, swings, a miniature climbing wall and other equipment.

All military identification-card holders 18 or older may reserve the site for free for a 24-hour period. Reservations can be made 60 days in advance, except for November and December reservations, which can be made just 30 days ahead of time.