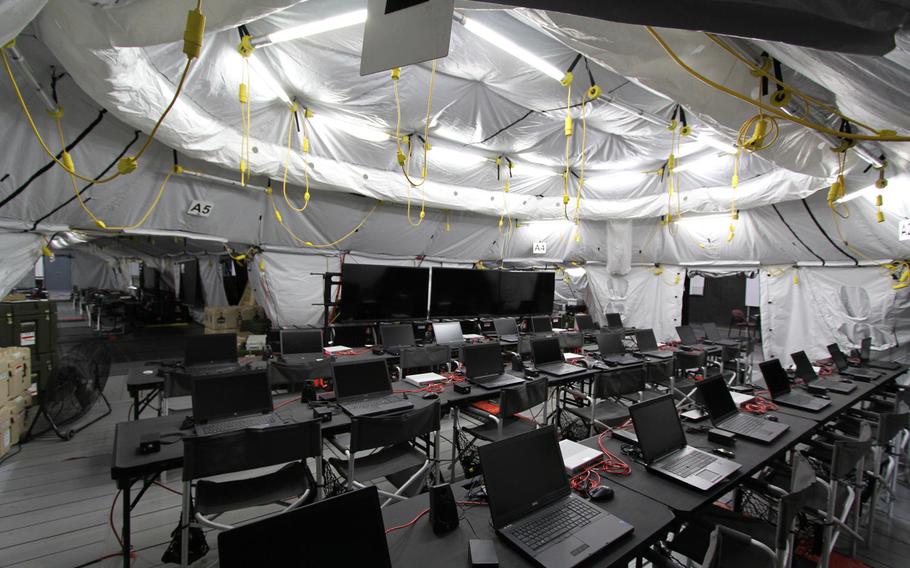 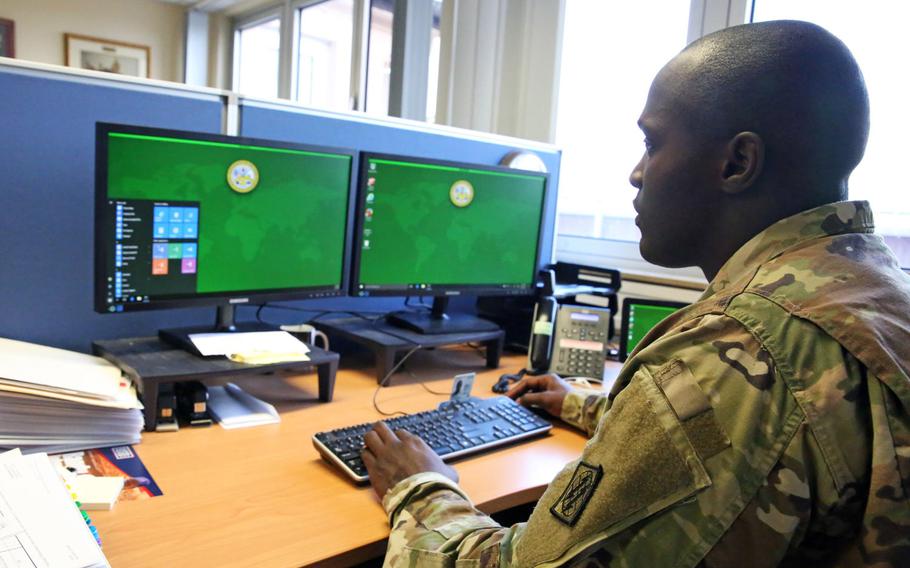 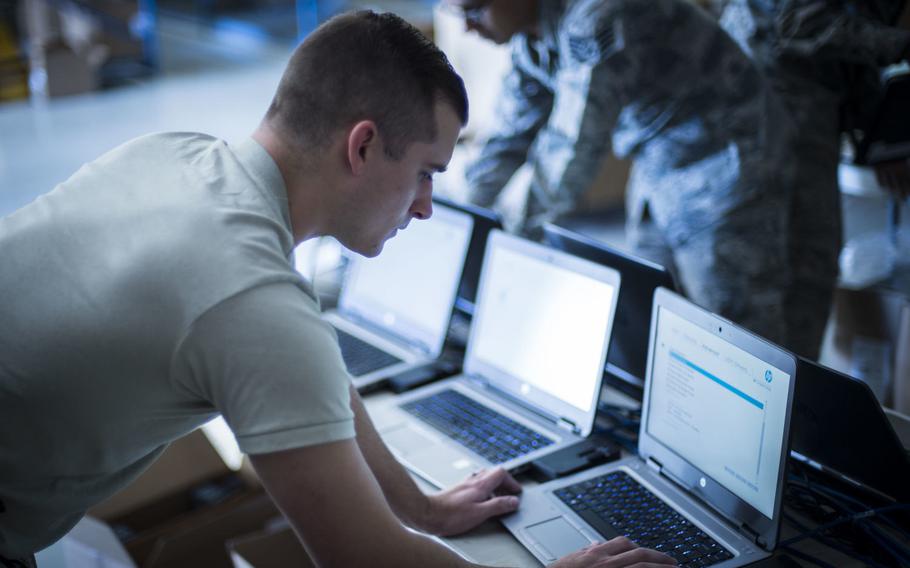 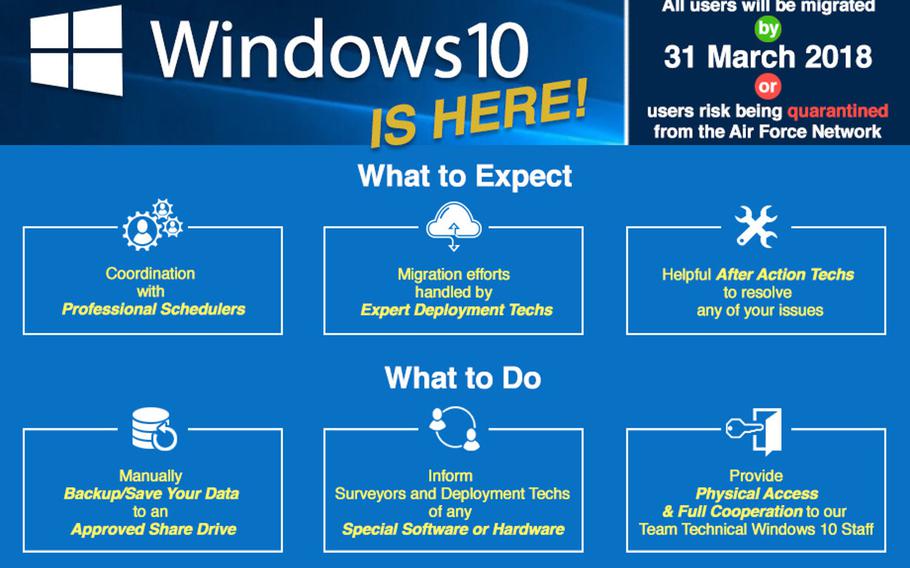 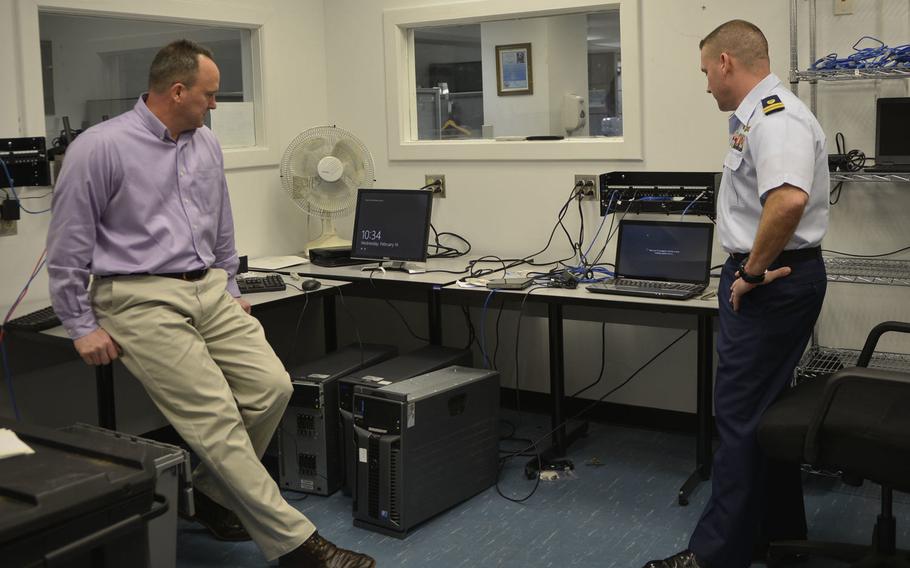 RAF LAKENHEATH, England — The Air Force has spent millions of dollars on new computers and upgraded thousands more to meet a Pentagon mandate to convert its systems to Microsoft Windows 10 by March 31.

The Army finished updating its systems in January, while the Department of the Navy, which also administrates the Marine Corps, says it plans to complete the changes by June.

The Pentagon originally ordered the services in November 2015 to upgrade more than 3 million computer systems to Windows 10 by January 2017, but compatibility issues led to delays.

“Windows 10 is not compatible with many systems currently in the Air Force inventory, resulting in the need to replace a significant number of computer hardware,” the Air Force said in a February statement.

More than 500,000 Windows 10-compatible machines have been purchased in the past two years after an inventory survey, Air Force officials said.

At RAF Lakenheath, a British base that hosts U.S. aircraft and personnel, the upgrade process began in September, said Tech Sgt. Paul Wilson, of the 48th Communications Squadron.

Wilson and his team have already upgraded 4,500 computers used by the 48th Fighter Wing to Windows 10 while assisting airmen with transferring data and using the new operating system.

“In some cases, we were able to update the machines on-site based on the hardware specifications but overall, we mainly just swapped out a Windows 7 computer with a Windows 10 one,” Wilson said. “In most cases the machines that we provided them had a faster processing speed and more hard drive space.”

Senior Airman Elizabeth Taranto was the first in her office at RAF Lakenheath to receive a new Windows 10 computer.

“It was pretty seamless and they took really good care of me,” Taranto said. “They got it done really quickly and I haven’t had any glitches.”

The switch to Windows 10 will improve cybersecurity throughout the services, military officials said.

The Navy is using an “aggressive combination” of computer replacement, manual software upgrades and automatic updates to bring the Navy Marine Corps Intranet up to date, Rear Adm. Danelle Barrett, director of Navy cybersecurity for the office of the chief of naval operations, said in a statement.