McCain vexed by time and cost of Navy's purchase of ships 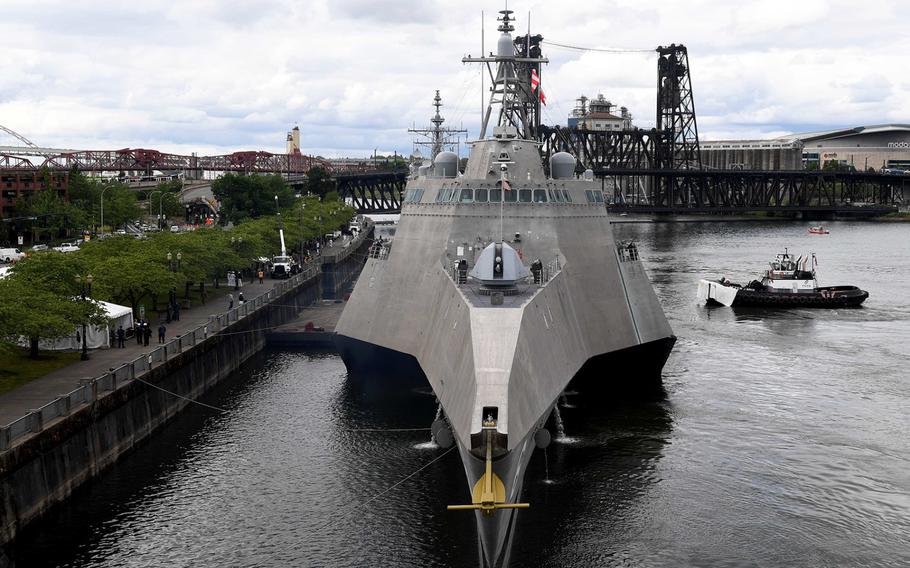 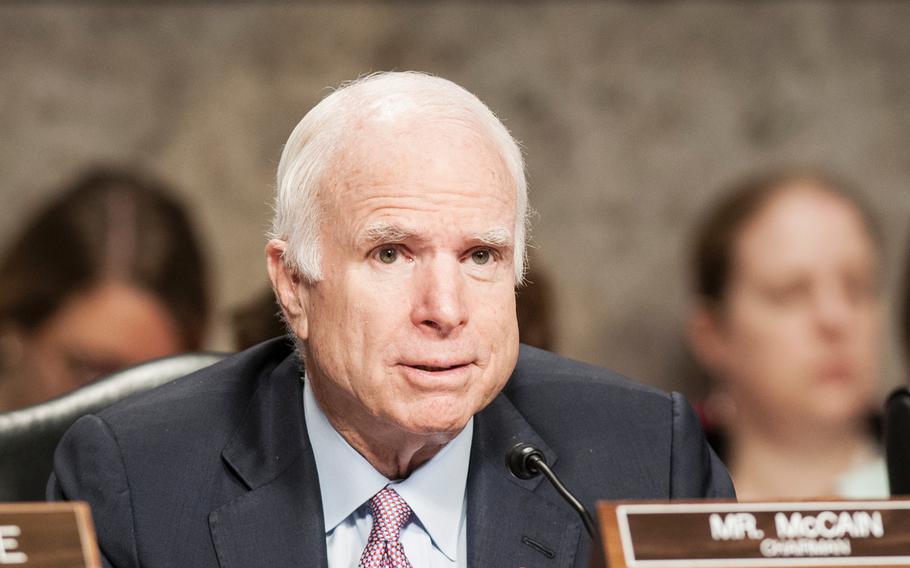 McCain, who is chairman of the Senate Armed Services Committee, also lambasted acting Navy Secretary Sean Stackley and Adm. John Richardson, the chief of naval personnel, during a committee hearing for the Navy’s announcement that it will amend the FY 2018 presidential budget proposal to add the purchase of as many as three littoral combat ships, known as LCS.

The Navy is in the early stages of preparing the design of a new frigate to replace the LCS, which, after delays and added costs, has failed to meet its promised capabilities. The frigate will go out for bid in 2020. Until then, Navy officials said they will continue to acquire a minimum number of littoral combat ships to keep the two shipyards that will compete to build the frigate operating.

“One of the great disasters I’ve seen recently was the LCS,” said McCain, R-Ariz. “Cost overruns more than doubled the cost of each LCS. Development costs for the ships and their modules now exceed $6 billion and keep rising. Meanwhile key warfighting capabilities of the LCS including mine countermeasures and anti-submarine have fallen years – I repeat years – behind and remain unproven.”

McCain challenged Richardson when the admiral said he was accountable for the LCS, and asked whether anything had changed in his lifestyle as a result. Then the senator pressed Richardson on why the Navy had said it needed one LCS and was now asking for three.

“How did that happen? Can you explain that to me?” McCain asked.

Richardson said the Navy “continues to learn about the industrial base” and provides information to Congress as it receives it.

McCain was not satisfied and asked for an explanation “for the record” of how the request jumped “just literally in a matter of days -- after months of being told we only need one [LCS].”

“There’s more, admiral, than meets the eye, I say with great respect,” he said.

In another tense exchange, McCain questioned Stackley about the continuing high costs of new aircraft carriers, with the nearly $13 billion price tag for construction of the USS Enterprise that emerged in the 2018 budget proposal.

McCain also questioned repair costs on the aircraft carrier USS Gerald R. Ford, the first of its class, which was just delivered to the Navy last month, and which could cause the Ford to exceed a congressionally imposed cost cap.

Stackley said the Navy is still evaluating whether the expenditure needed will breach the cost cap and the Navy would notify Congress if it finds that will be the case.

Unsatisfied, McCain ultimately asked for an explanation in writing on whether there was a $20 million cost overrun that was allowable and required Congress be notified or the expense of the carrier breached the cost cap.

The senator also questioned both leaders about why it will take seven years to get a new frigate into the water when just a few years ago, McCain said, the Navy was able to design, put out for bid and develop a complex new aircraft in far less time.

“I will tell you the threat has changed and has become more challenging,” Richardson said. “We operate the fleet under new concepts. We want that frigate to be relevant to a distributed maritime operation concept.”

Richardson said the Navy is completing the requirements for the ship and then will work with industry experts to explore what is technologically possible and do a cost analysis. Stackley said the experts will then start designing the product to be put out for bid in 2018. The bids will be submitted in 2019 and the award will likely be made in 2020.

Stackley said the Navy will accelerate development of the ship, if possible, but the service didn’t want to rush a project that would then fall into the same problems as the LCS with a non-realistic schedule.

“As I know you know, moving into construction before you have a mature design is just a recipe for cost overruns and delays that we’ve lived with before,” Richardson said.

“There’s something wrong with the acquisition process,” he said. “We’ve tried to put you in charge and engaged. Why should it take 2.5 years for a manufacturer to come up with the technology to build an aircraft or ship? These are very vexing problems.”