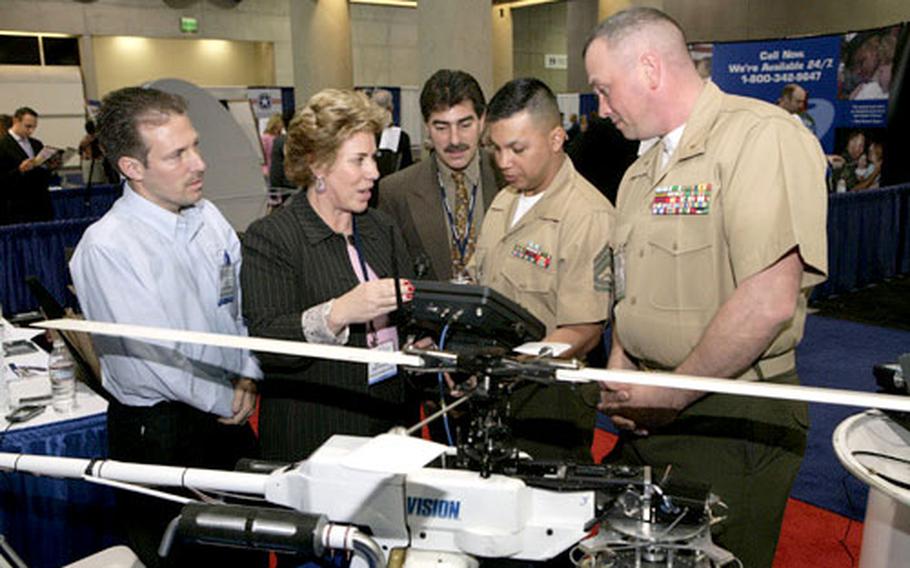 A total of 29 servicemembers from the Marine Corps, Navy and Coast Guard received the award, but only five recipients were Marines, Ruiz said. Childs added that it&#8217;s not often Marines receive the award, and even more rare when two come from the same battalion.

Ruiz said the two received the recognition for work they did while in Thailand for tsunami relief in support of Operation Unified Assistance. He said one problem they solved was the inability to communicate with outside relief organizations, such as the Red Cross.

&#8220;We realized we didn&#8217;t have anything that we could talk to them on,&#8221; he said during a telephone interview. They fixed the problem by incorporating an &#8220;operational Internet&#8221; that allowed them to talk to outside agencies.

Another lesson learned was how long it took the unit to get communications up and running.

&#8220;We thought, &#8216;Wouldn&#8217;t it be great to have a network manned 24/7 by Marines so whenever we deploy we already have a network stood up?&#8217;&#8221; Ruiz said. They now have such a network, the Battle Center Network Operations Center, which operates around the clock providing satellite connection.

Childs said communication Marines always have to think &#8220;outside the box&#8221; and come up with solutions.

&#8220;We were at the right place at the right time and a couple of ideas just happened to fall out of our heads,&#8221; Childs said. &#8220;The neat thing about our Marines here in the communication field is that they are by far smarter than what us old guys are ever going to be. These young Marines come up with new ideas every day and make them efficient, we just have to listen to them.&#8221;