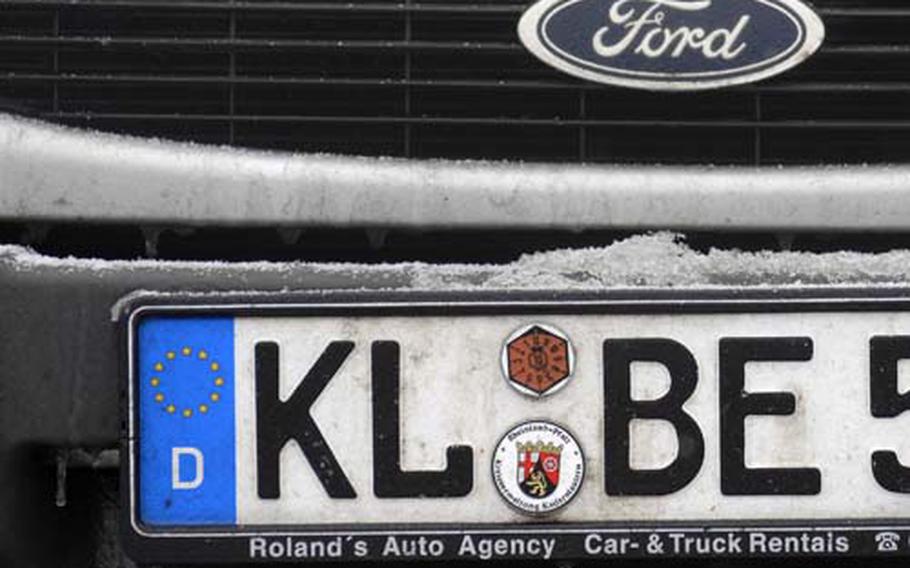 Buy Photo
New vehicles registered through U.S. Army Europe will be given plates without a pink, hexagon-shaped decal. When vehicle registrations are renewed, a blank white sticker will be given instead of the former hexagon decal. (Ben Bloker / Stars and Stripes)

WIESBADEN, Germany &#8212; The hexagon-shaped decal on the front license plate has become a thing of the past for vehicles registered through U.S. Army Europe, the USAREUR provost marshal&#8217;s office said.

Vehicles newly registered through USAREUR now receive plates without the decal. When vehicle registrations are renewed, a blank white sticker is issued instead of the decal.

The change comes after the German government stopped using the decal on Jan. 1. The decal had indicated that the vehicle passed an emissions test.

But German emissions tests are now performed in conjunction with safety inspections. The front decal for USAREUR vehicles was not linked to an emissions test but, for security reasons, was meant to make the plates look the same as German-registered plates.

Provost marshal officials caution owners not to remove the front decal themselves until they are issued the new blank sticker.