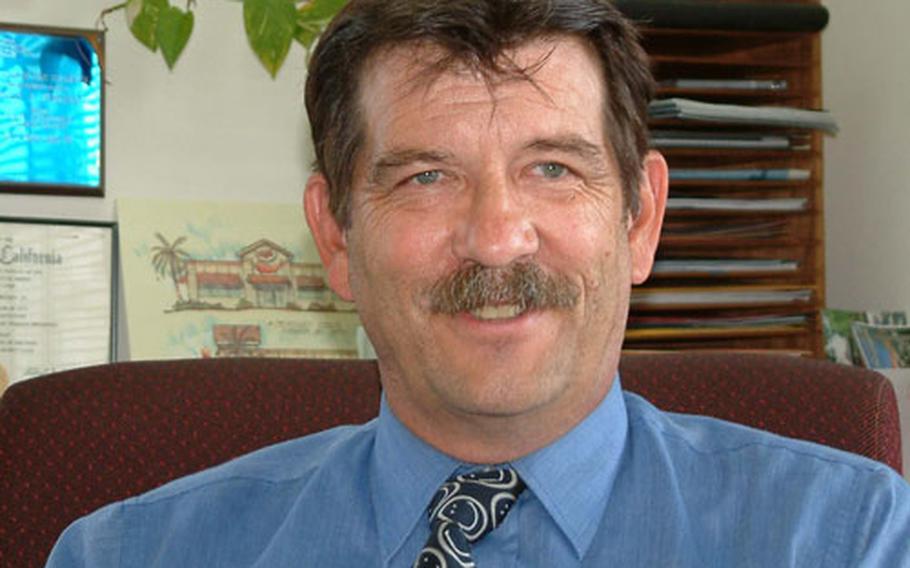 KADENA AIR BASE, Okinawa &#8212; The gates to this sprawling air base are about to get major face-lifts.

Construction of new guard shacks and entrances at all gates, plus new visitors centers at Gates 1 and 2, is set for early January through November 2005.

The $6.1 million project will cause as little disruption to traffic as possible, said James Jordan, the 718th Civil Engineering Squadron&#8217;s architecture section chief.

The main gates will not be permanently closed during construction, and some gates not usually open for traffic may be used to alleviate any tie-ups, he said.

Besides new guard houses at each gate and improved security measures, new visitors centers will be built at Gate 1, at the entrance to Kadena from Highway 58, and at Gate 2 in Okinawa City.

The visitors centers &#8220;modernize the process of getting people their passes, whether permanent or temporary,&#8221; Jordan said. &#8220;The design will help people get on and off base without anyone having to stand outside in the pouring rain.&#8221;

The new buildings incorporate Okinawa&#8217;s distinctive cultural architecture, with red clay tile roofs and the use of coral limestone as building material.

&#8220;It&#8217;s a recurring architectural theme that we want to hold on to as a signature of being on Kadena,&#8221; Jordan said. The buildings also will be more efficient and secure, he said.

The visitors centers &#8212; a 5,292-square- foot building at Gate 1 and a smaller 1,800-square-foot facility at Gate 2 &#8212; are designed to eliminate the traffic jams often caused by non-SOFA status individuals with business on the base.

The centers will have plenty of parking, Jordan said.

Work will begin at Gate 2, to be followed by the start of Gate 1 by March. Construction at Gates 3 and 5 is slated to begin in July 2005. About 30,000 people pass through the gates each day, a Kadena public affairs spokesman said.