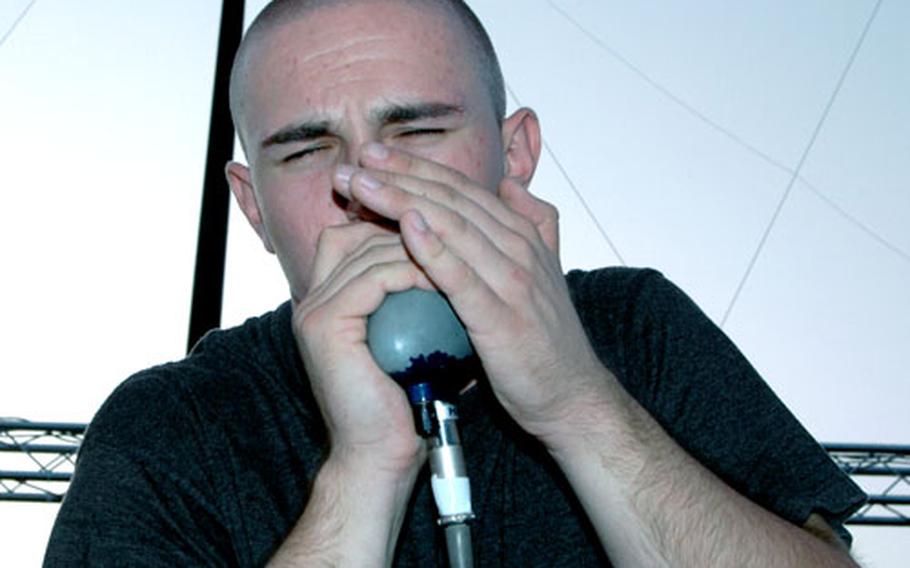 Kei and Skyler Blake, wife and daughter of Sgt. Greg Blake, relax and take in the during the Marine Corps Air Station Iwakuni 2005 Summer Music Festival on Saturday. The Baker family joined hundreds of others on the golf course fairway beside Club Iwakuni for the outdoor concert. (Greg Tyler / S&S) 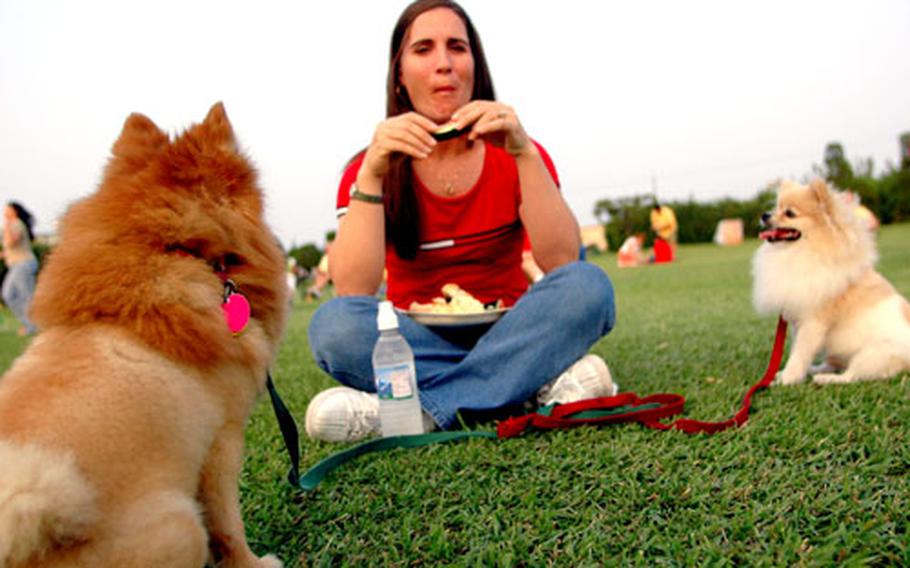 MARINE CORPS AIR STATION IWAKUNI, Japan &#8212; Country to classic rock, originals to covers: The sounds replaced the more usual swoosh of golf balls cutting through the air on the fairway behind Club Iwakuni on Saturday as about 500 people gathered for the base&#8217;s 2005 Summer Music Festival.

Bands played into the evening for the event, sponsored by Marine Corps Community Services and featuring a mix of genres, cover songs and original tunes.

Staff Sgt. Michael Renwick, a Georgia native partial to country and classic rock, sat relaxed on the neatly clipped grass, his arms wrapped around his knees. He smiled a lot and rocked to the vibes.

Other bands included Running with Scissors, Elements and San Diego-based 619.

The music festival menu featured grilled hamburgers, hot dogs, steak and ribs served under tents beside the fairway. &#8220;Bouncy&#8221; rides and other games about 100 yards from the bandstand occupied energetic children.

The weather was almost perfect for the outdoor event. Clusters of casually-clad couples and families picnicked, appearing to enjoy the music and the night air.

Among them were Sgt. Greg Blake, wife Kei and daughter Skyler, who took the opportunity to throw down a blanket and stretch out, resting her head on her mother&#8217;s lap.

&#8220;Three of the guys in this current band work with me in the calibration shop, so that just makes it that much more enjoyable,&#8221; Blake said.