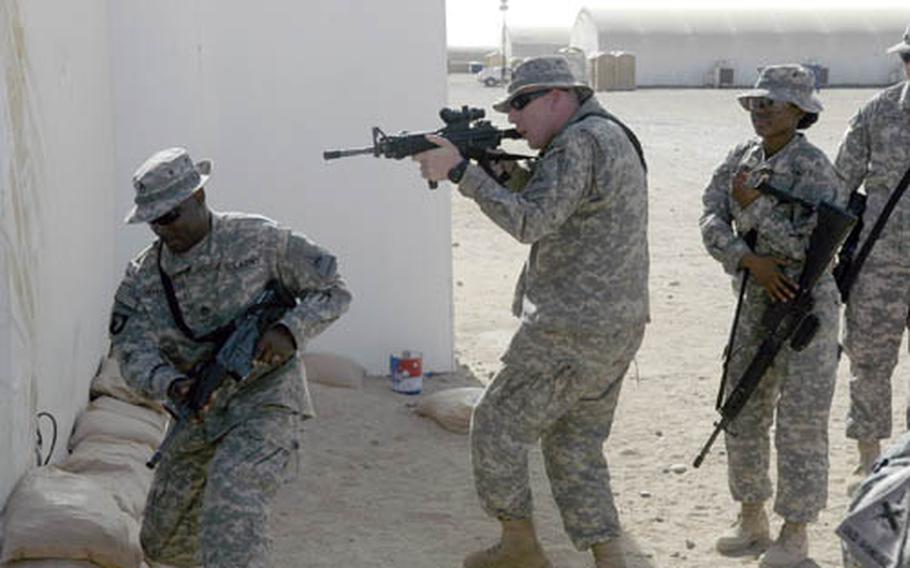 Solders with the 2nd Brigade, 1st Armored Division’s Headquarters and Headquarters Company pass the time in Kuwait by running through some last minute drills. Soldiers are beginning their move into Iraq, where they are slated for a 15 month deployment. (John Vandiver / S&S)

Solders with the 2nd Brigade, 1st Armored Division’s Headquarters and Headquarters Company pass the time in Kuwait by running through some last minute drills. Soldiers are beginning their move into Iraq, where they are slated for a 15 month deployment. (John Vandiver / S&S) 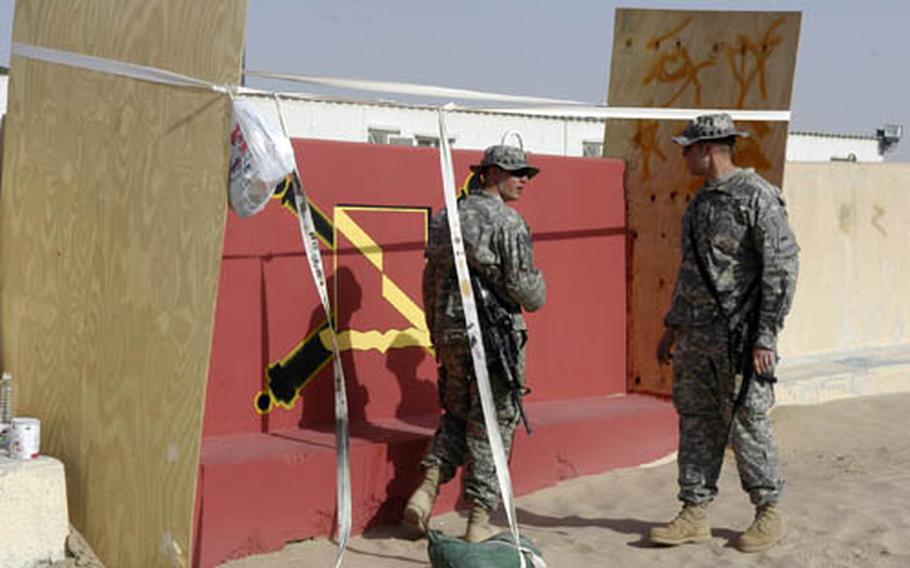 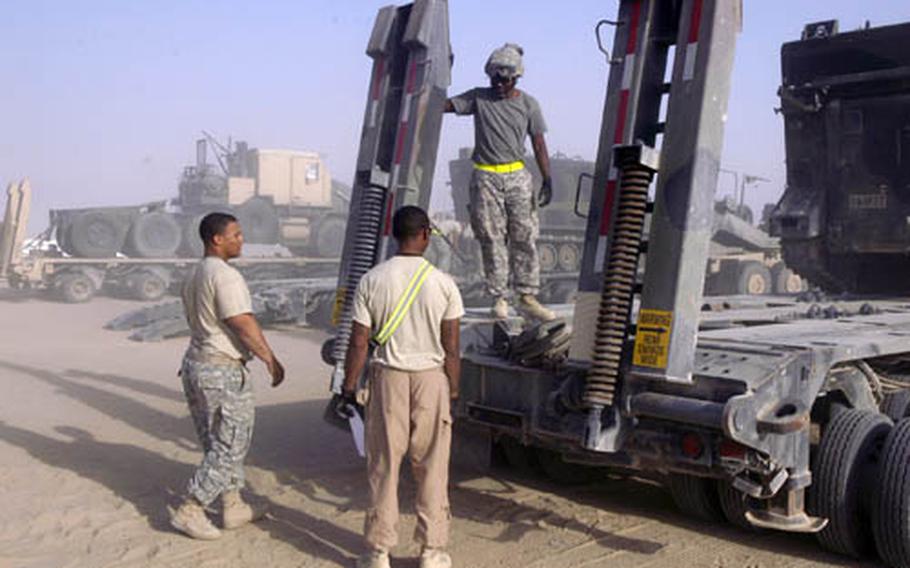 Soldiers work in the desert dust, loading up vehicles for the move to Iraq. When the Baumholder-based Iron Brigade left Germany a few weeks ago, there was snow on the ground. In Kuwait, temperatures have hovered around 100 degrees. (John Vandiver / S&S)

But unlike many of his fellow soldiers in the 2nd Battalion, 6th Infantry Regiment who also are making a repeat trip into combat, Adams&#8217; last tour was nearly two decades ago.

Adams, a Gulf War veteran who reenlisted in 2006 after a 16-year hiatus, is making his comeback at age 38.

&#8220;The Army is just something that gets in your blood,&#8221; said Adams, explaining why he decided to leave civilian life behind during a time of inevitable deployment. And yes, for those who wonder about his ancestry, he says he is some kind of relation to the sixth president of the United States.

Adams and the rest of the Baumholder, Germany-based 2nd Brigade Combat Team, 1st Armored Division have worked in Kuwait for the last few weeks. At Camp Buehring, they&#8217;ve been firing machine guns at the range and getting their equipment in order. They&#8217;ve worked on identifying roadside bombs, practiced clearing rooms and adjusted to the desert heat.

With their rotation in Iraq to commence in a matter of days, the seemingly endless cycle of preparation comes to an end. For some, that fact is still almost hard to believe.

Initially, the Iron Brigade was slated to deploy for Iraq in November. But in August, while soldiers were busy training in the field in preparation, the Pentagon announced a change. Instead of November, the brigade would deploy in early 2008. The training rotation in Hohenfels, Germany, was cut short and rescheduled for fall. But when January turned into February there still was no date for deployment.

The inevitable speculation ensued. Would there be another delay? Would the unit even go? But the orders eventually came.

Pfc. Brad Killough, a soldier with the 1st Battalion, 6th Infantry Regiment&#8217;s Company B, is among the many who will experience the five-year-old war for the first time.

Before moving into Iraq, soldiers indulged in a few of the luxuries offered up at Buehring: Starbucks coffee, wireless Internet, cell-phone coverage for calling home. Troops in remote combat outposts won&#8217;t have such amenities.

For Adams, a soldier with 2-6&#8217;s Company A, the feeling heading into Iraq this time around is decidedly different.

During Desert Storm, it was all butterflies and nervous anticipation, he said.