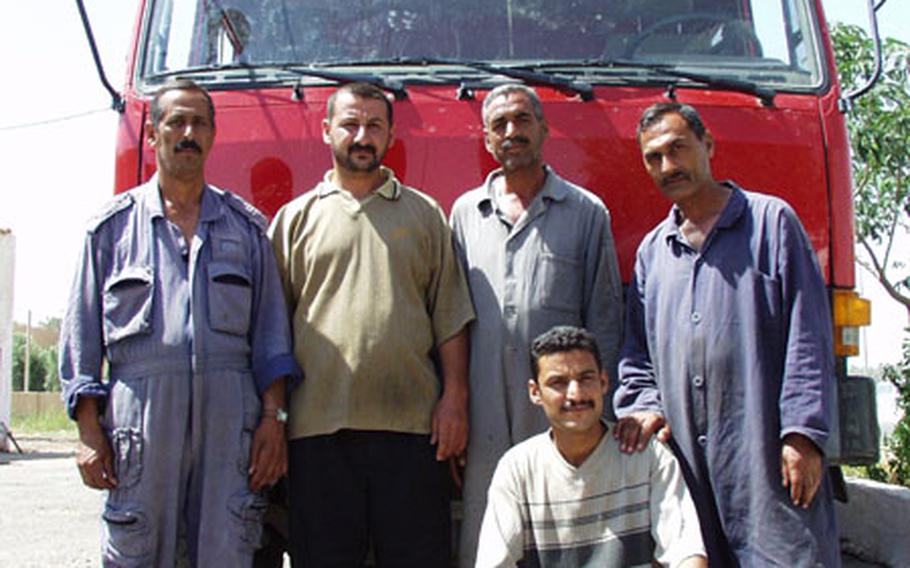 BAGHDAD, Iraq &#8212; For 1st Lt. Vern Theis of the 2nd Brigade, 82nd Airborne Division, the men of the Al Baya Fire Station are symbols of dedication.

Three months before the war, the 38 Iraqi firefighters at the station stopped getting paid, but still they went to work. They used their five bright-red firetrucks to fight fires when they had to.

After the war ended, their station became a favorite target of Iraqi looters. Slowly, it was picked apart.

Theis is charged with helping the fire station get new equipment and supplies so the firefighters can again do their jobs. He has a lot of work ahead of him.

The station has two working firetrucks. It has no furniture or lighting fixtures. The men have no boots, helmets, masks or fire suits. Someone shot up the machine used to fill the fire extinguishers.

The looters even took the fire hoses from the trucks, so when the firemen go out, they often have to use buckets of water to put out a blaze. Without fireproof suits, they use other methods to protect themselves.

Hassam said one firefighter suffered severe burns from fighting a fire this way.

The fire station is the only one operating in the 150-square-mile zone patrolled by the 82nd Airborne soldiers, based in Fayetteville, N.C., said 2nd Brigade Operations Officer Maj. Tom Kardos.

At least 1.2 million people live in the zone, located in a half-moon shaped swath of south-central Baghdad.

Major Hassam, as his men call him, said they are demoralized by their losses, but they cannot give up.

The firemen have no way to communicate outside their station, so they rely on people to visit the station to report fires &#8212; or they simply scan Baghdad&#8217;s skyline for signs of smoke.

At one point in early May, a rooftop sniper was taking shots at the firemen every time they came outside. The firetrucks and station walls were riddled with bullet holes.

The 82nd Airborne unit sent out a sniper team of its own to protect the firefighters and they drove the enemy snipers away.

Kardos calls the snipers and looters bent on destroying the Al Baya station &#8220;troublemakers&#8221; who are trying to undo all the good that Iraqis and American soldiers attempt.

Soldiers like Theis, however, aren&#8217;t fazed. He is helping the station get some firetrucks from a contract already paid to a French company before the war. He hopes to get funding for other necessities as well.

Meanwhile, every day, the firefighters arrive at work in their tattered coveralls and open-toed shoes and wait for a call. Last month, they fought 24 fires.