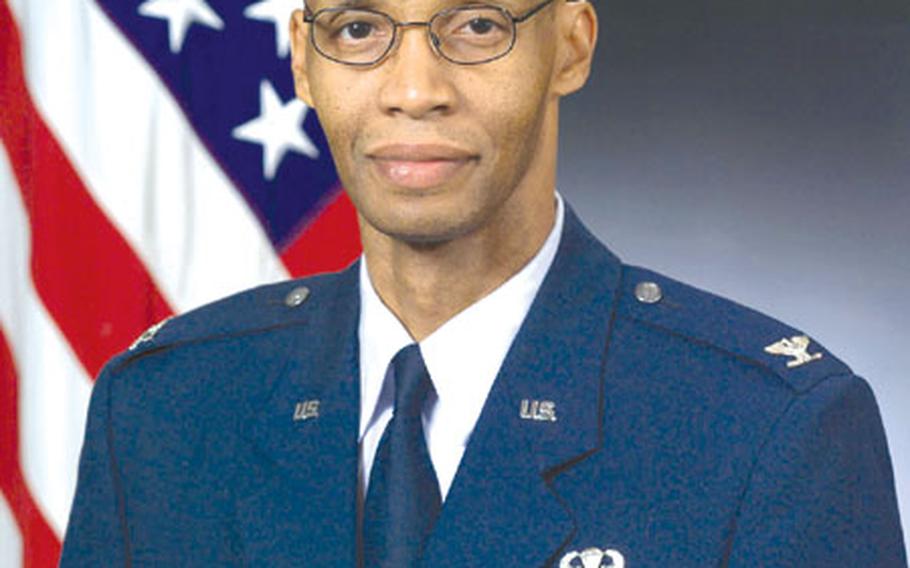 Air Force Col. Will A. Gunn. (Courtesy of Department of Defense)

Now Gunn has a new assignment: defending individuals who may be accused of the most horrible crimes against America that have ever been committed.

As the newly named Acting Chief Defense Counsel for the Defense Department&#8217;s Military Commission, Gunn is responsible for providing a &#8220;zealous defense&#8221; for anyone President Bush decides should be brought up on charges of terrorist acts against the United States.

When approached by senior Pentagon legal officials about the possibility of taking over the terrorist defense team, &#8220;I immediately realized that the glamour position is the chief prosecutor &#8212; the opportunity to be the nation&#8217;s hero,&#8221; pursuing justice for the Sept. 11, 2001, terrorist attacks and all that&#8217;s happened since that day.

&#8220;This is not a position I sought out,&#8221; Gunn, a 23-year officer and Air Force Academy graduate told reporters during a Pentagon briefing Thursday.

Then, he said, he got to thinking.

He realized that it doesn&#8217;t matter how heinous his alleged client roster might prove; legal defenders, after all, aren&#8217;t required to like or admire the people they defend.

What does matter, Gunn said he decided, is that every last accused terrorist receives the full protection of American law.

&#8220;We do this because we believe in what this country espouses in its key values,&#8221; Gunn said, including the values that say a man is innocent until proven guilty and is entitled to a fair trial.

The military commission was set up specifically to deal with the suspected al-Qaida operatives who are now being held at Guantanamo Bay, Cuba, after their capture by U.S. troops in Afghanistan.

Bush has yet to rule that any of the about 590 detainees should be brought to trial, and until that happens, Gunn is a defender without clients.

For now, Gunn and his counterpart, Army Col. Frederic Borch, the newly named acting chief prosecutor, are working hard to get ready to go to trial if and when Bush signs an order.

One thing&#8217;s for sure: The whole world will be watching once a tribunal gets under way. Individual verdicts won&#8217;t matter so much to the international audience, Gunn said.

Instead, the world community will be judging the United States based on the perception of &#8220;whether or not the process is fair and just,&#8221; Gunn said.

Any detainee brought to trial will be assigned a team of military defenders, who will in turn answer to Gunn.

But tribunal rules say detainees can also decide to bring in a civilian defense lawyer, as long as there&#8217;s no extra cost to the government. Civilian lawyers must offer their services in advance and meet certain qualifications, such as U.S. citizenship.

Earlier this week, the commission announced that it is taking applications from interested lawyers, with qualified individuals forming a &#8220;pool&#8221; that detainees may use in selecting a civilian defense.

As of Thursday, only two civilian lawyers had indicated an interest in joining the pool, Gunn said. But he expects interest to grow as word gets out to the legal community.