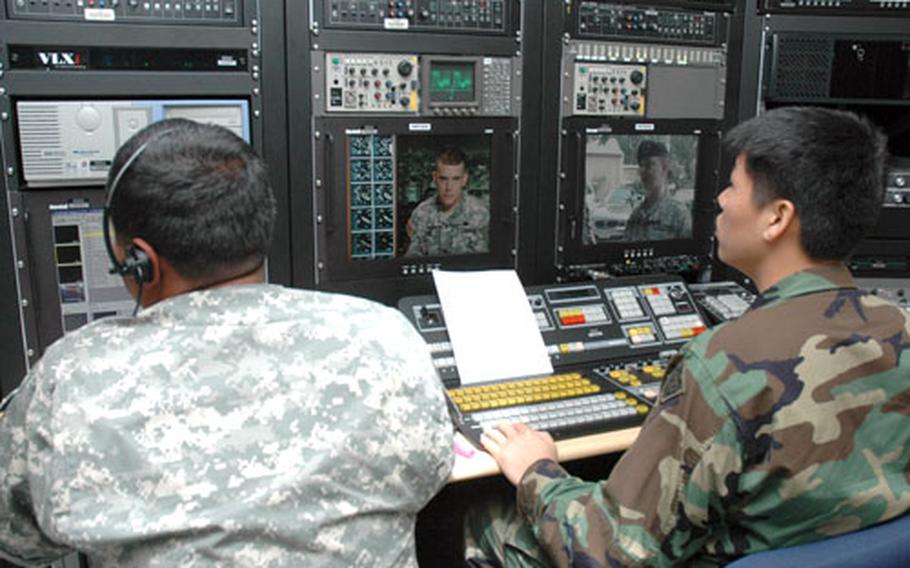 AFN-Korea staff members on Yongsan Garrison cue news stories Wednesday in preparation for a live newscast. In the coming year, AFN-Korea will have more live broadcasts, both on television and radio, to train for its wartime mission. (Teri Weaver / S&S)

AFN-Korea staff members on Yongsan Garrison cue news stories Wednesday in preparation for a live newscast. In the coming year, AFN-Korea will have more live broadcasts, both on television and radio, to train for its wartime mission. (Teri Weaver / S&S) 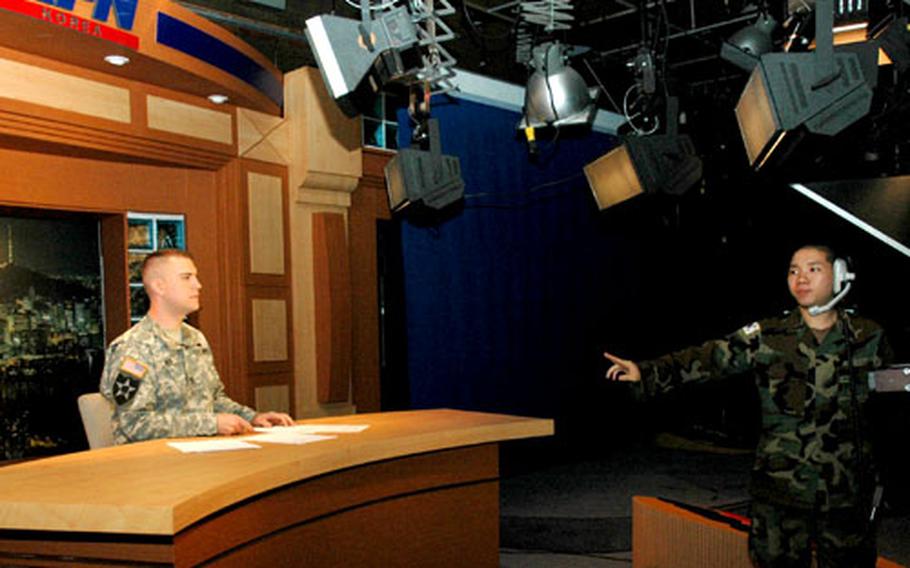 YONGSAN GARRISON, South Korea &#8212; The servicemembers at American Forces Network are tasked with much more than queuing up music playlists and scheduling television shows.

AFN&#8217;s mission includes reporting and delivering news to servicemembers in times of crisis and war, and that&#8217;s why their training is ramping up during the next 11 months, according to South Korea unit commander Lt. Col. Michael Lawhorn.

The crux of the mission is going live: Televising a live, nightly newscast from a studio at Yongsan Garrison with stories and features produced that day, and going live on the radio for 24 hours at a clip.

It may sound obvious, but going live on the air is something that until August, AFN-Korea hadn&#8217;t done in years. The goal is to have a series of live newscasts from Daegu during next year&#8217;s Ulchi-Focus Lens exercise, a military training session that draws thousands of U.S. servicemembers from around the world.

&#8220;This for us is like tank tables or live fire,&#8221; said Sgt. 1st Class Heatherann Bozeman, whose soldiers went through two run-throughs Wednesday afternoon before going live at 6:45 p.m.

The 15-minute newscast reaches more than the U.S. Forces Korea community. The network is picked up by more than 50 South Korean cable networks.

The newscasts also are sent to the Pentagon channel, a 24-hour information service that plays the Korea news nine times during a 24-hour cycle.

AFN-Korea also has plans to improve its Daegu studio, Lawhorn said, so the unit can use that site to broadcast during next year&#8217;s exercise. Lawhorn also plans to buy equipment to allow the unit to do &#8220;stand-up&#8221; reports on location, so that servicemembers can broadcast from the field.