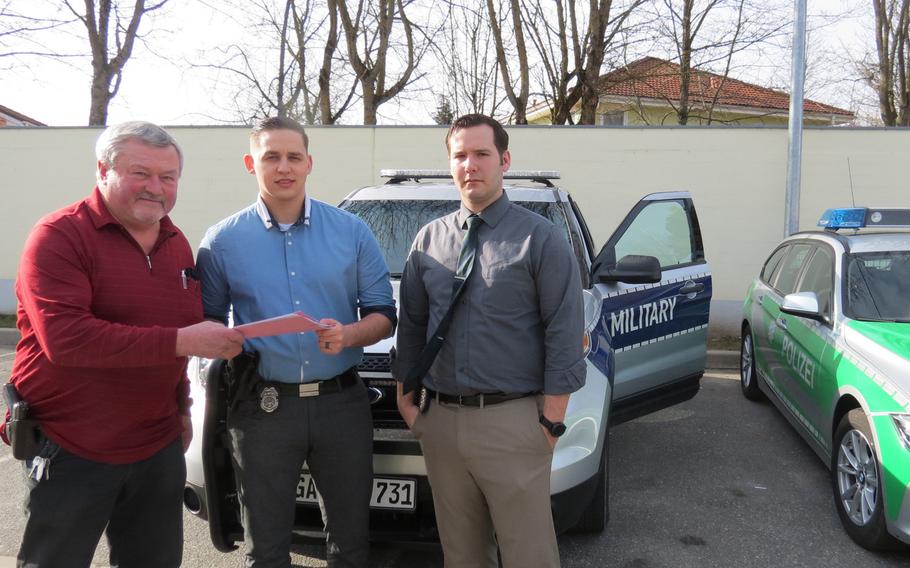 A moving company employee has been arrested after allegedly stealing at least $37,000 in goods from U.S. military families moving out of their homes in Germany, German police said Monday.

The suspect, who police have identified as 43-year-old male, worked for a moving company contracted to move U.S. personnel and their families from U.S. bases and neighborhoods in Bavaria.

The suspect stole Army uniforms, medals, jewelry, knives and other valuables, Auerbach police said in a statement. Last year alone, the suspect sold 460 stolen items for a total of about $20,000, police said.

The suspect may have stolen upward of $100,000 in goods, though it may be difficult to prove that high a figure, said Andreas Mueller, a detective with the Auerbach police.

“It will take at least another six months until the investigation is completed,” Mueller said.

In a raid on the suspect’s residence last month, Auerbach police said they found 300 items that the suspect, a Hungarian national who has lived in Germany since 2015, could not prove he owned. About 50 items were clearly U.S. Army property, police said.

Military police are trying to identify property owners, but German police said it would be difficult since most of the owners no longer live in Germany.

Army officials were not immediately available for comment Monday.

The moving company’s owner learned from customers that some items were missing and began his own investigation earlier this year, police said.

The owner checked eBay and found a lot of Army equipment available for sale with a seller in Auerbach, which is about 15 miles from an Army base in Vilseck.

Using a false name, the owner sent a message to the seller and found out that it was his employee, police said.

The owner informed police, who arrested the suspect in February after he finished work. The suspect has since been released on about $3,000 bail.