From the S&S archives: Something for youngsters at the Fair 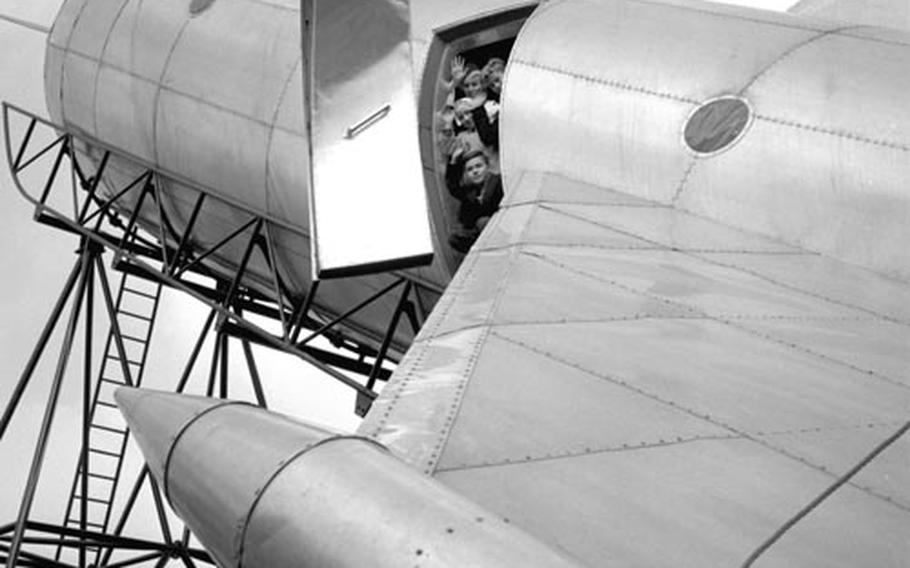 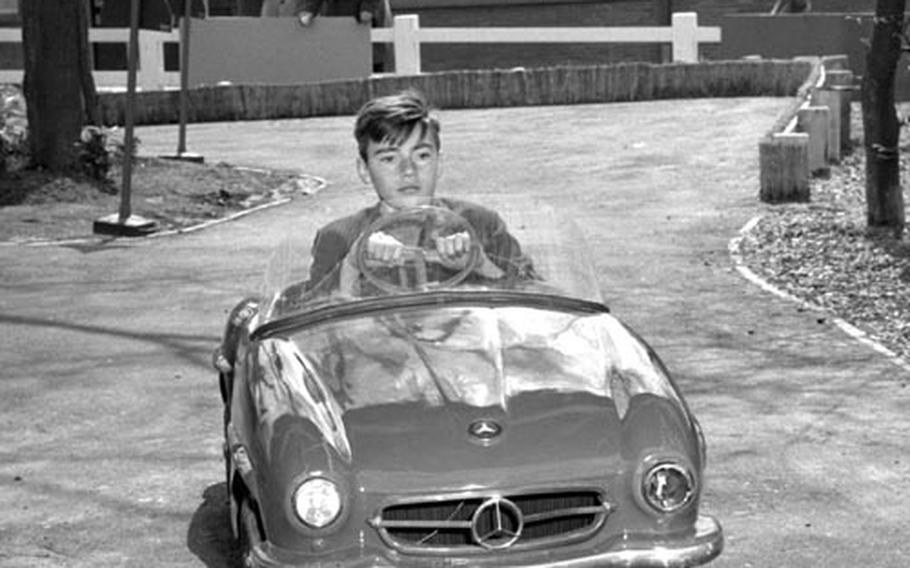 Among the attractions for kids at the Fair was a road course featuring battery-operated cars. (Red Grandy / ©S&S)

IF YOU&#39;RE GOING to the Brussels World&#39;s Fair and you have children, there&#39;s no reason to leave the youngsters at home. Small fry too can have the time of their lives.

The planners didn&#39;t neglect the youngest generation when they set up the exposition.

Right next to the Porte de l&#39;Atomium (Atomium Gate) at the east side of the grounds and not far from the U.S. Pavilion is a "Children&#39;s Kingdom" covering an area of 100,000 square feet for boys and girls between 3 and 15. They can be left there for a day for only 20 cents under supervision of trained nurses and attendants. Even a meal is available for 50 cents.

There is a wide variety of things to do in the amusement parks: drive-it-yourself cars, powered by electric batteries, a motor race track; a trip to the stratosphere and moon by interplanetary rocket; a huge playroom.

The space age also figures prominently in the Children&#39;s Creative Center run by the New York Museum of Modern Art on the balcony of the U.S. Pavilion.

There youngsters from 4 to 12 can manipulate the dials of a space ship as they see before them a fascinating array of moving planets and other heavenly bodies.

Victor D&#39;Amico, director of the museum&#39;s education department and a pioneer in creative work with children, came to Brussels to see the center under way. Three of his assistants from New York, Lois Lord, Susan Lynn and Eugene Grigsby, will remain at the center for the duration of the fair.

The center is open from 10 am to 6 pm, with the mornings reserved for Belgian children, who are being brought there daily in groups from schools and orphanages. Afternoon sessions are open to children of all nationalities. Sessions last about an hour and parents may make advance reservations for their offspring. No adults are allowed inside the center, but can watch the children at play through portholes all around the walls.

As its name implies, the purpose of the center is to stimulate the creative talents and imagination of children which are given free rein. They are also shown the works of noted modern painters.

The youngsters first enter a playroom with toys especially designed by D&#39;Amico to stir their creative imagination to the full. They then go on to a studio to draw, paint and work with other materials. The children can take home the things they make in paper bags given them.

Some of the other countries represented at the fair also have nurseries and kindergartens for children. One of the best is in the Austrian Pavilion.

The children will also certainly want to ride on roller coasters, swings and other attractions in the big amusement park at the northwest side of the fair grounds.

Children under 6 are admitted free to the World&#39;s Fair if accompanied by parents. Those from 6 to 12 pay 40 cents to get in.