From the S&S archives:Ozzy Osbourne: Just an ordinary guy 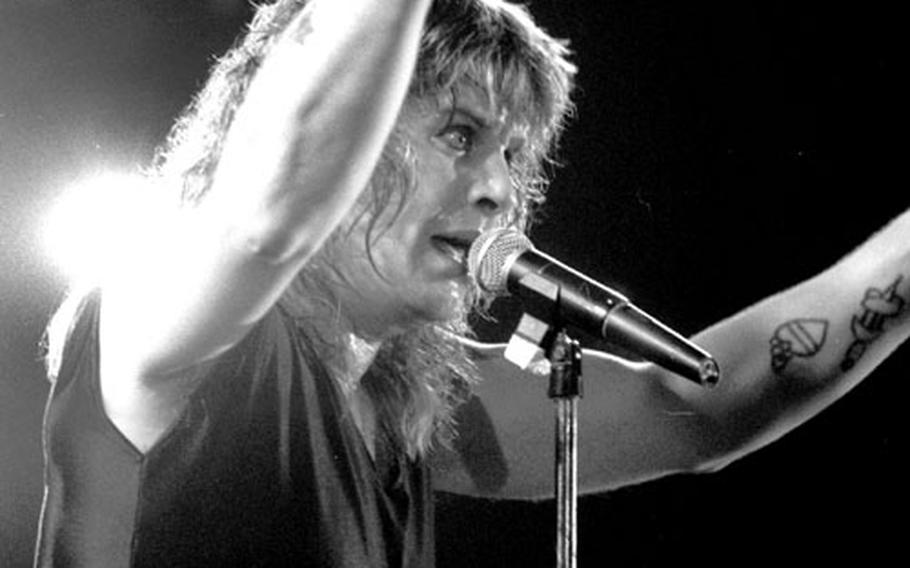 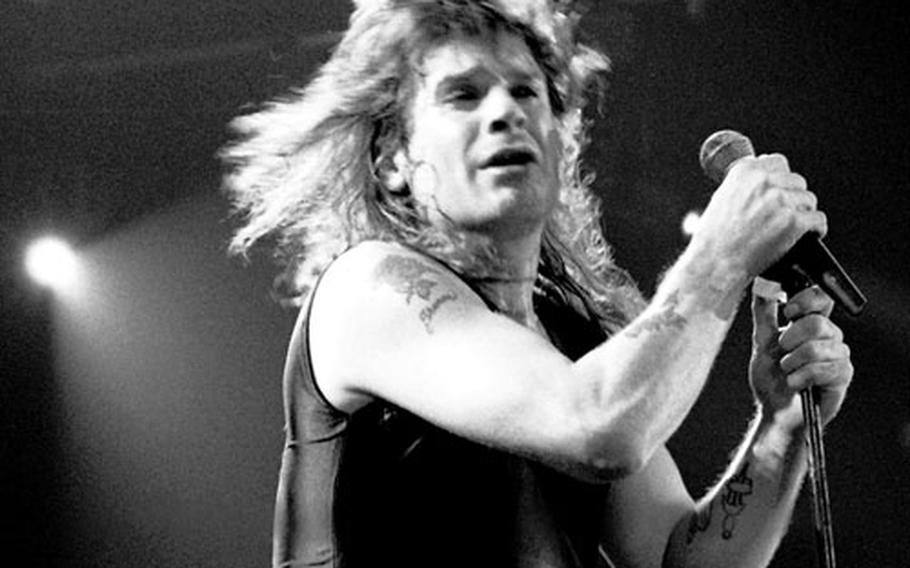 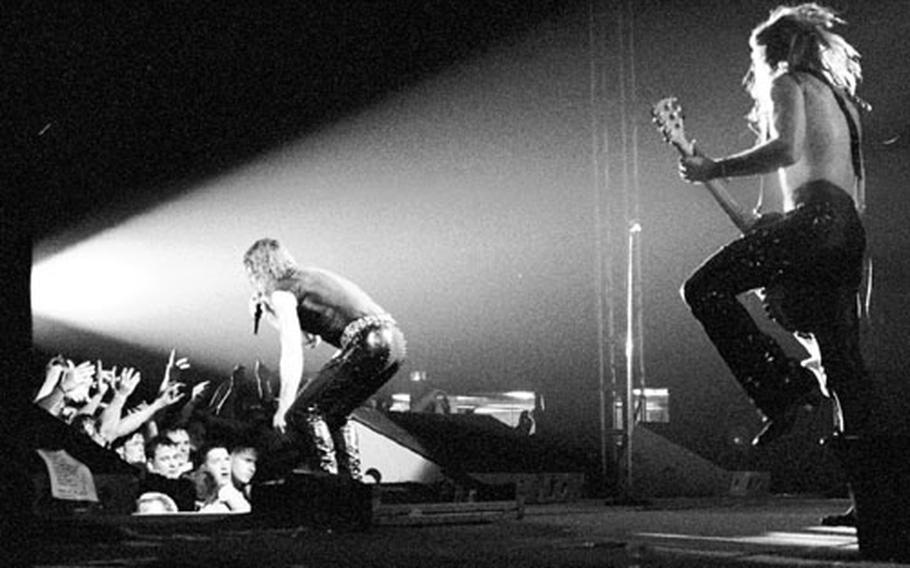 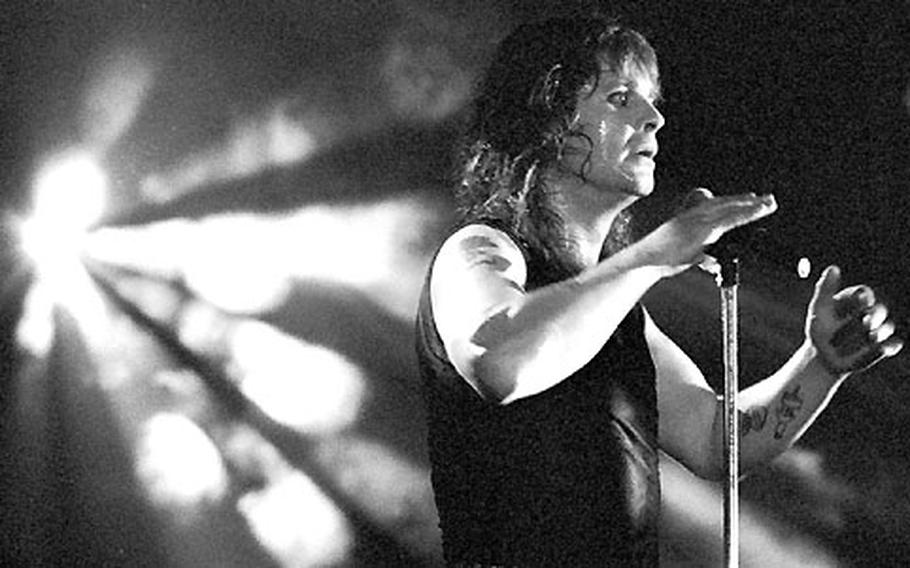 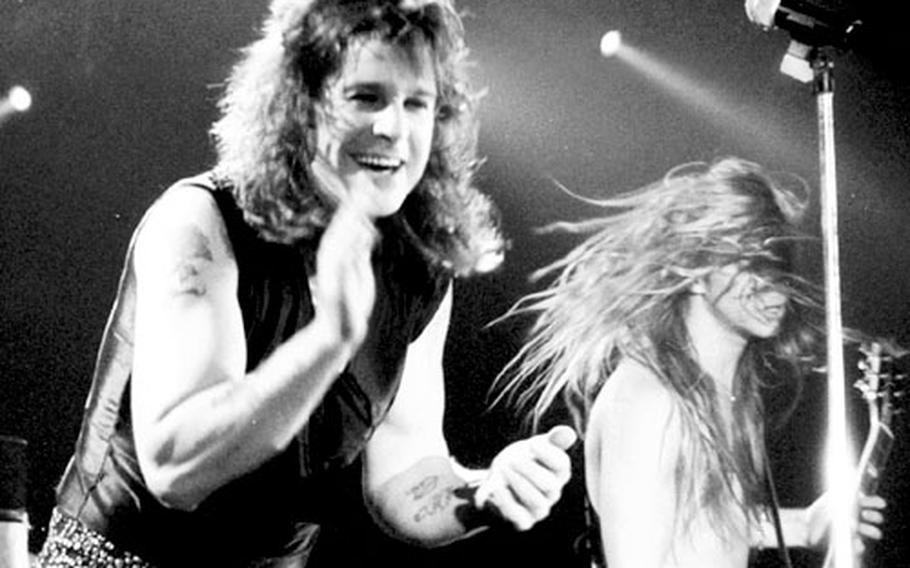 Ozzy Osbourne, Alice Cooper, Dee Snider of Twisted Sister &#8212; all those rockers parents love to hate &#8212; are among the most down-to-earth and least pretentious of all rock &#39;n&#39; roll stars. They are guys you would feel comfortable chatting with over a brew in the neighborhood bar.

Take Ozzy, the "heavy metal maniac," who&#39;s been sued (unsuccessfully) by parents who claimed his music caused their children to commit suicide, who&#39;s been accused of luring teen-agers to practice Satanism, who acknowledges that he&#39;ll go down in rock history as the man who "bit the heads off various creatures" throughout his career.

Ozzy is proud of his monster image. But in an interview in Frankfurt, West Germany, he stressed that it&#39;s all just show business. In reality, he said, he&#39;s an "ordinary guy," a 40-year-old father of three who enjoys spending time with his children, whose greatest release comes from cooking, and whose favorite pub-mate is a 68-year-old bricklayer. More important, Ozzy revealed himself as a human being who just wants to be remembered when he&#39;s gone.

That time almost came sooner than he expected. Realizing that he was on the way to becoming another rock &#39;n&#39; roll casualty, Ozzy spent time in a rehabilitation clinic and has embarked on a health kick. He is off liquor and drugs now, he said; he drinks only "a few beers" after a show to unwind. He cut red meat from his diet, and he works out regularly on an aerobics cycle.

"I was dying!" Ozzy said. "I was drinking so much booze, taking so many drugs. I was basically a slob; I&#39;d given up with me. I was waiting to die.

"The funny thing, when I became 40, I thought, &#39;From now on I have to take care of myself, because if I want to continue playing rock &#39;n&#39; roll, there&#39;s no way I can continue pouring large amounts of alcohol through my system and taking cocaine and uppers and downers and smoking and whatever &#8212; I will not survive.&#39; I have three beautiful children, and my wife and I are planning to have a couple more.&#8212; I don&#39;t-want to be a memory, you know."

It was indeed a new Ozzy who showed up for the interview backstage after the performance. No longer an overweight, glaze-eyed zombie, Ozzy was slim and trim, healthy and vibrant looking, though visibly exhausted at the tail end of his European tour. He was upbeat and talkative, stretching the original 15-minute interview to a half-hour.

Ozzy talked about his family and his life at home in Buckinghamshire, England; about his friendship with bass player and Black Sabbath bandmate Geezer Butler, whom he recruited for his latest album and tour; and about his new guitarist, Zakk Wylde, and his penchant for choosing young, unknown guitarists for his band.

Outspoken as always, Ozzy often volunteered information, even to the point of ranting about topics he feels strongly about. One of those is, of course, his badboy image. Even after some 20 years facing charges of devil worship and whatnot &#8212; from the time he was lead singer and frontman for Black Sabbath from 1969 to 1978, to the release of No Rest for the Wicked last year &#8212; Ozzy still feels the need to defend himself. And he does so passionately.

On satanism: All publicity is good publicity. If they write bad things about me, if they&#39;re writing, "Ozzy Osbourne is the devil," I don&#39;t look at the devil bit; I just look at the headline: "Ozzy Osbourne." ... What I can&#39;t believe is, (people) believe that I go and try and turn people into devil worshipping, because I&#39;m not into satanism, I never have been. What&#39;s the difference between me and somebody like Christopher Lee and Vincent Price?

On being sued: You know what gets me? Especially in America, there are so many people who believe what they read in the press. Like the National Enquirer: "Man Found With Three Heads Having Sex with a Martian in a Forest." What&#39;s the difference between the National Enquirer and Ozzy Osbourne? We both sell products. I get sued for people saying they killed themselves because they listened to my record, they get sued because they write false (stories) every day.

On violence: When you look at the movies, you see gunfire, and the bullet hits the guy in the chest. His chest explodes and his guts fly out. Just watch Torn and Jerry, man. There&#39;s more violence in a Tom and Jerry flick than you&#39;ll ever see at an Ozzy Osbourne concert.

On Geezer Butler: I&#39;d always remained friends with Geezer; I was playing with Geezer well before Sabbath. And he hadn&#39;t got a gig and he was getting depressed. ... One thing about me, I&#39;m a loyal friend, I&#39;m a very loyal friend.

On living in England: In the States, I can&#39;t walk down the street without anybody throwing verbal abuses at me, whereas in England they don&#39;t (care) what I do. I can walk down the streets, ride a bike with my kid on the bike behind me. I go around the village and pick up some meat and some vegetables and some things in the shops. Nobody hassles me, and I Like it that way.

On himself: I know, in my heart, I know what I am &#8212; I&#39;m a good person. ... There&#39;s this private side of Ozzy Osbourne that no one will ever know. I do a lot of things for charities that I never talk about because (people) think there&#39;s some twist or some catch to it, there&#39;s some tax dodge or something. I don&#39;t mind not being liked, because all through history people remember the people that were disliked more than the people that were liked.