From the S&S archives: Caterina the Great 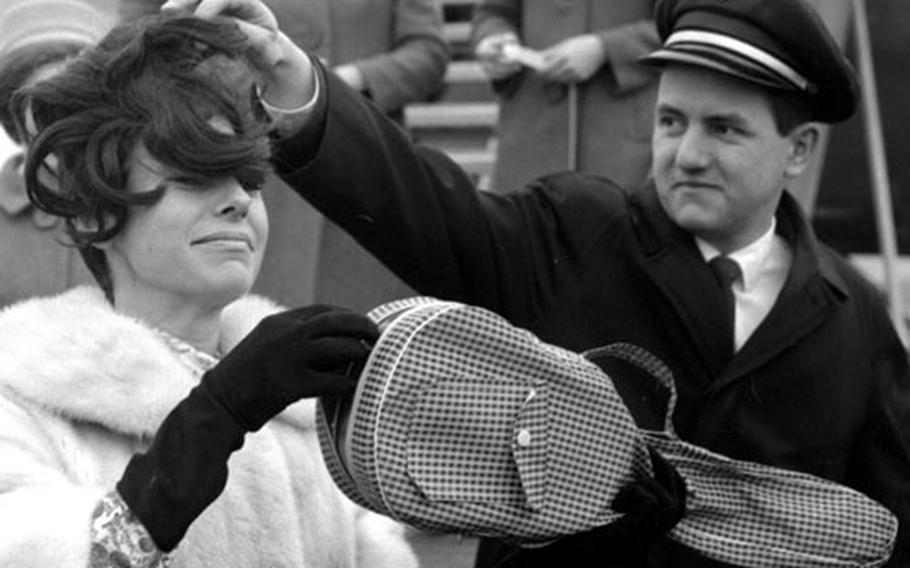 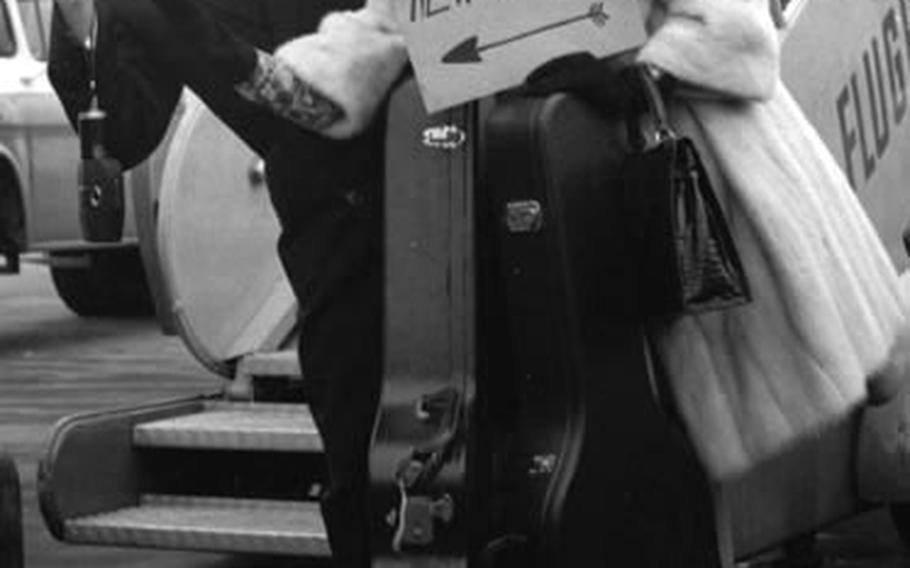 Caterina Valente and her brother, Silvio Francesco, clown for the camera before boarding their flight. (Gus Schuettler / ©S&S) 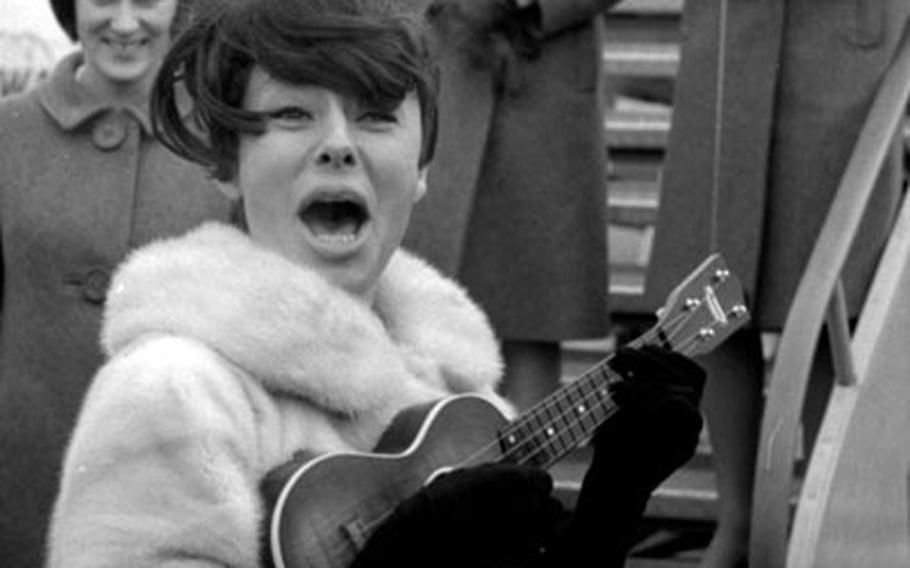 ... then does a quick imitation of the group whose songs she intends to cover in her U.S. tour. (Gus Schuettler / ©S&S)

Queen Caterina the Great is already the charming and unchallenged ruler of continental television variety and movie musicals as well as being one of the swinging sovereigns of the international recording realm.

Now she may soon add Broadway to her domain. The pixyish pop prima donna has been invited to make her stage debut in a new musical based on the life of Parisian fashion designer Coco Chanel.

Before jetting to the States for a three-month night club tour, Paris-born Miss Valente flashed her infectious mile-wide smile and cheerfully chattered in English and German &#8212; two of her six languages &#8212; about her future recording plans.

"I want to do some of the best of the Beatles&#39; songs," she enthused, mischievously bedecking her boyishly bobbed auburn hair with a crazy hairpiece and strumming one of the guitars she and song-and-dance sidekick, brother Silvio Francesco, use in their routines.

Her repertoire ranges from folk to beat, mixed with smooth or brassy ballads. Her first international hit was an exciting rendition of "Malaguena," still her own favorite recording.

One of the big boosters of her dancing skill is veteran Hollywood choreographer Nick Castle, who devised the soft-shoe and high-stepping routines for her "Wunderbar" New Year&#39;s Eve telecast from Vienna.

Castle considers Caterina so precious that he has turned down Statewide assignments in order to return this spring to collaborate with her again on the filming of her autumn-scheduled TV programs, at least one of which will help inaugurate color television in Germany.

Strangely enough, the warm and expressive Miss Valente has never appeared in any American movies, even though she looks like a producer&#39;s ideal Eliza Poppins Doolittle in any sound of music &#8212; English, German, Spanish, French, Italian or Swedish.

Her English was self-taught, starting with translating Sherlock Holmes with the aid of an English-French dictionary &#8212; while working in Germany.

MISS VALENTE is now a German citizen through marriage. She and her Berliner husband, Eric Von Aros, used to work the GI club circuit in the early &#39;50s, Caterina as a "Spanish" singer and dancer, he as a jolly juggling drummer.

Another member of the troupe was a baby-faced pianist, Horst Jankowski, now a celebrity in his own right after the highly successful recording of his catchy composition, "A Walk in the Black Forest."

The Von Aros make their home in Lugano, Switzerland, where their eight-year-old son is in boarding school. Unfortunately, confessed his father, "Young Eric can&#39;t carry a tune and has no show business talent at all; he wants to be an astronaut."

Caterina&#39;s conversation is punctuated with hearty laughs and lively Italian gestures. When she raves about her favorite dish "spaghetti alla carbonara" (with eggs and bits of bacon) her sparkling eyes widen, her hands smack together, and her glowing lips purse ecstatically.

"She&#39;s a wonderful cook," commented her healthily upholstered husband, looking wistfully at his delicately proportioned wife. "She cuts down on the carbohydrates, though, when she notices any hip expansion. She also swims a lot."

BUT THE vivacious, long-limbed Miss Valente needs little extra exercise with the fast-paced peripatetic existence she leads. It can get even more hectic on occasions like the great New York power failure when she had to walk down 20 floors to keep a night club engagement.

However, if there&#39;s one performer who possesses a natural, luminous quality it&#39;s La Valente.

Too many stars leave their personalities on stage. Caterina carries hers with her at all times. She is &#8212; most decidedly &#8212; what the Italians term "simpatica."

When she waves you can&#39;t help waving back. And as she disappears into the plane to start another journey, your heart goes happily with this extraordinarily compelling creature.