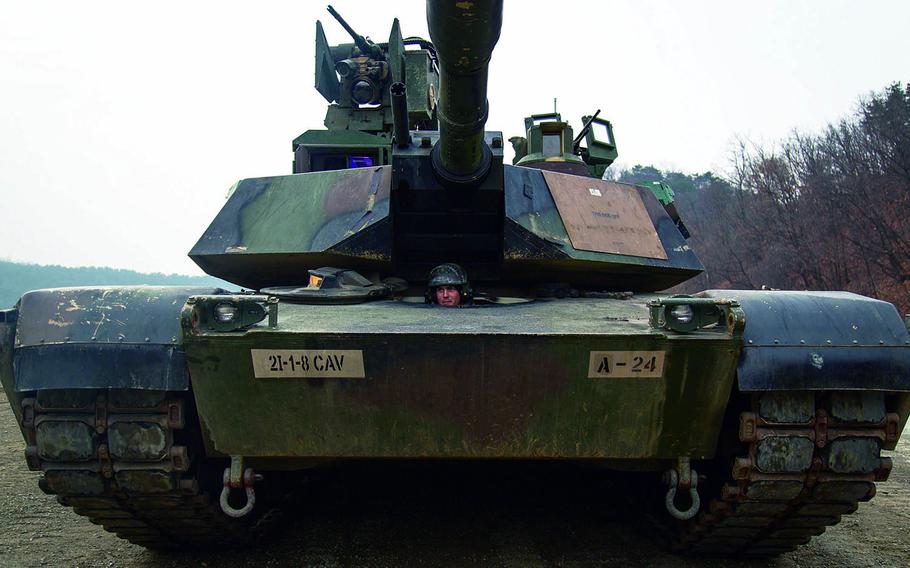 This is the first major refresh of tracked vehicles on the Korean Peninsula since 2014, it added. The new equipment will allow the rotational brigades to meet Army readiness and modernization goals while also providing troops training in the movement of equipment, the statement said.

Rotational brigades usually bring minimal equipment onto the peninsula, slipping in and then slipping out of equipment already in place.

“This added complexity gives our soldiers the opportunity to maintain skills in shipping and safely moving large scale equipment,” Col. Joseph Morrow, Eighth Army logistics chief, said in the statement. “It does not change the overall number of U.S. military personnel or equipment on the Korean peninsula.”

The Georgia-based 1st Armored Brigade Combat Team, 3rd Infantry Division, which is approaching the end of its nine-month rotation to South Korea, will bring some of the older equipment back home for maintenance and repair, the statement said. The soon-to-arrive 3rd ABCT, 1st Armored Division out of Fort Bliss, Texas, will be first to test-drive the new tanks.

The Texas-based unit will be the sixth rotational brigade to 2nd ID since the division deactivated its last organic combat brigade team in 2015.

Along with the equipment assigned to the rotational brigade, the U.S. military also maintains additional stock at Camp Carroll near the central South Korean city of Daegu and aboard transport ships continuously patrolling the Pacific.

About 28,500 U.S. servicemembers are assigned to South Korea, where the peninsula is still technically at war since the 1950-53 Korean War ended in an armistice instead of peace treaty.