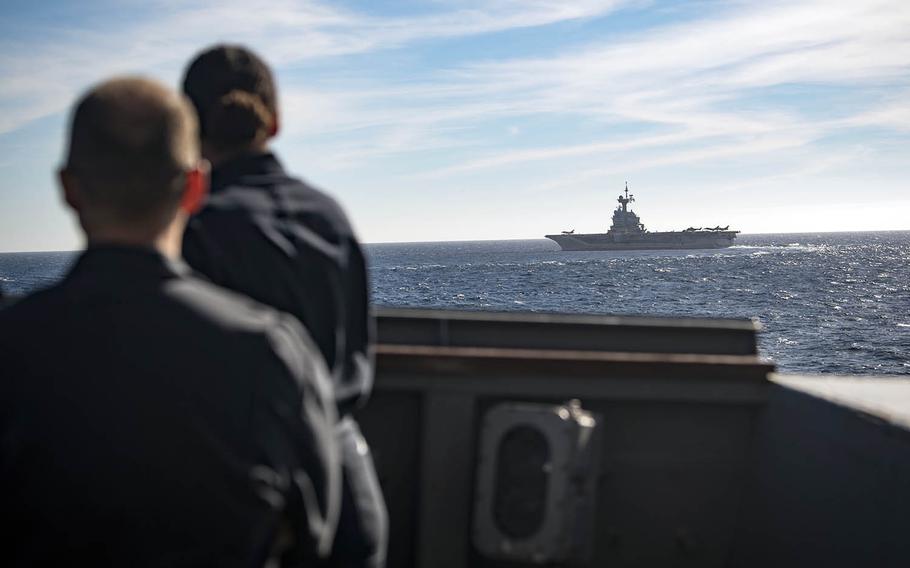 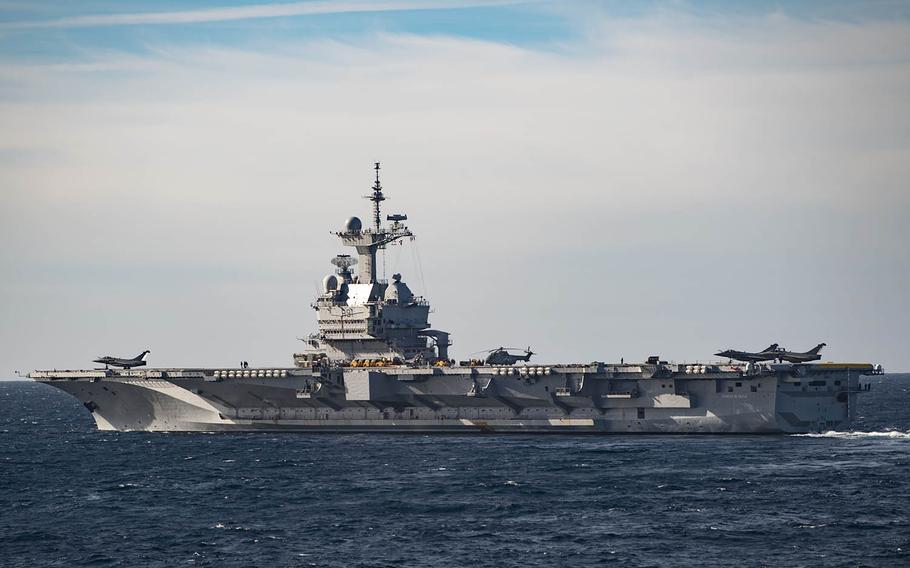 France will soon send its Charles de Gaulle aircraft carrier on a “long-term deployment” through the Mediterranean, northern Indian Ocean and the Pacific, the French Ministry of Defense announced Friday.

Two frigates, a nuclear-attack submarine and an oil tanker will join the carrier in a strike group, which will be “occasionally reinforced in some areas” by a new type of multi-mission frigate, or FREMM, an anti-submarine frigate and a maritime patrol aircraft.

The deployment will last several months and aims to “reaffirm France’s presence in these areas,” according to the ministry statement. While the statement did not specify how long the de Gaulle and its strike group would remain at sea, Japan’s public broadcasting service NHK reported Friday that the deployment would begin in March and last nearly five months.

By deploying its carrier strike group, France aims to “reinforce [its] assessment of the situation” in the Indo-Pacific region, “intervene to address regional security issues as appropriate,” develop its ability to cooperate with other militaries and “strengthen strategic partnerships,” the defense ministry said in the statement.

The U.S., which homeports the USS Ronald Reagan at Yokosuka Naval Base, Japan, regularly deploys that carrier and others throughout the Pacific. It also conducts frequent freedom-of-navigation operations to challenge what the Navy calls China’s “excessive maritime claims” in the South and East China seas.

The French navy plans to interact with several allies while at sea, including with ships from the Royal Navy, the Royal Danish Navy and the Portuguese navy, according to the defense ministry.

“American and Australian ships will also strengthen the carrier group throughout its mission,” it said in the statement. “This international dimension of the [Charles de Gaulle strike group] thus testifies to the high level of cooperation and trust between the Allied navies and our Navy.”

The deployment announcement came two weeks after France’s neighbors across the English Channel revealed the United Kingdom will send its HMS Queen Elizabeth aircraft carrier to the Pacific Ocean in 2021 with U.S. F-35 Lightning II stealth fighters on board.

France in June joined Britain for a joint freedom-of-navigation operation near the Mischief, Sub and Fiery Cross reefs that China claims in the Spratly islands, according to a Sept. 14 report by The Diplomat. The Royal Navy in August conducted a similar patrol near the Parcel Islands claimed by Beijing.

Named after the World War II French Resistance leader and former president, the Charles de Gaulle is the world’s only operating nuclear-powered carrier not owned by the United States.

The carrier earlier this month participated in France’s FANAL 2019 exercise. The U.S. Navy’s USS Donald Cook and Spain’s Crisobal Colon frigate joined in the training, which sought to practice “aeromaritime operations in many fields of flight,” according to the Defense Ministry.

While France has sent smaller vessels through the Pacific on patrols since 2014, its 2001-commissioned carrier does not frequently deploy for long periods.