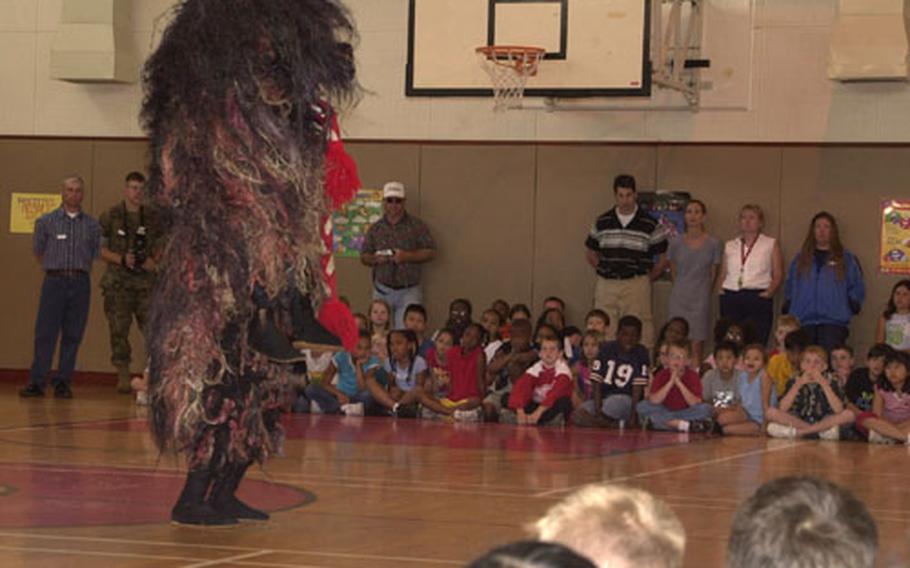 Students at Bechtel Elementary School were treated to a Lion Dance during the school&#39;s annual Ryukyu Festival Thursday. The Shishi Lion, played by two Japanese boys, occassionally snapped at students as he walked along. (Fred Zimmerman / S&S)

Students at Bechtel Elementary School were treated to a Lion Dance during the school&#39;s annual Ryukyu Festival Thursday. The Shishi Lion, played by two Japanese boys, occassionally snapped at students as he walked along. (Fred Zimmerman / S&S) 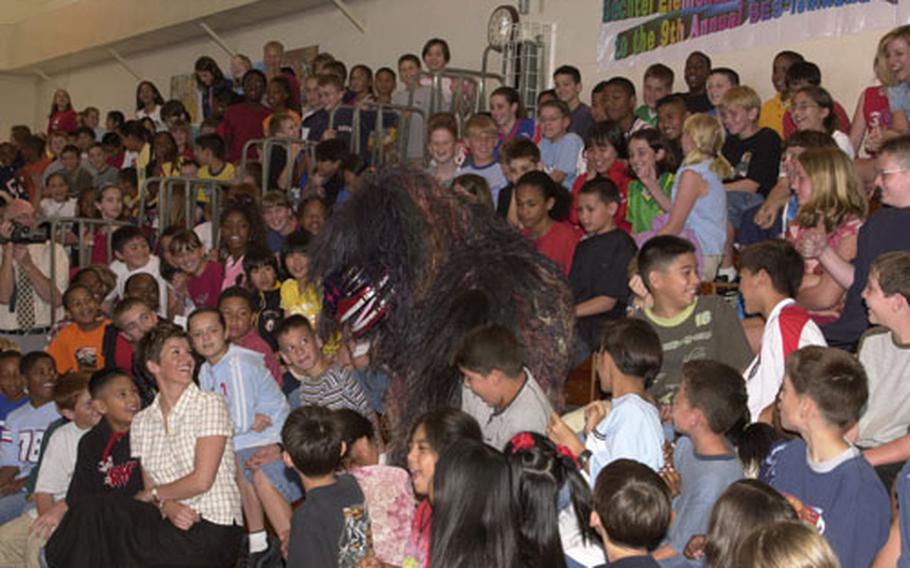 Students laugh and watch as a Shishi Lion walks into the stands during a performance at Bechtel Elementary School Thursday. The school held its 15th annual Ryukyu Festival, hosting more than 170 Okinawans who shared their culture with the American students. (Fred Zimmerman / S&S) 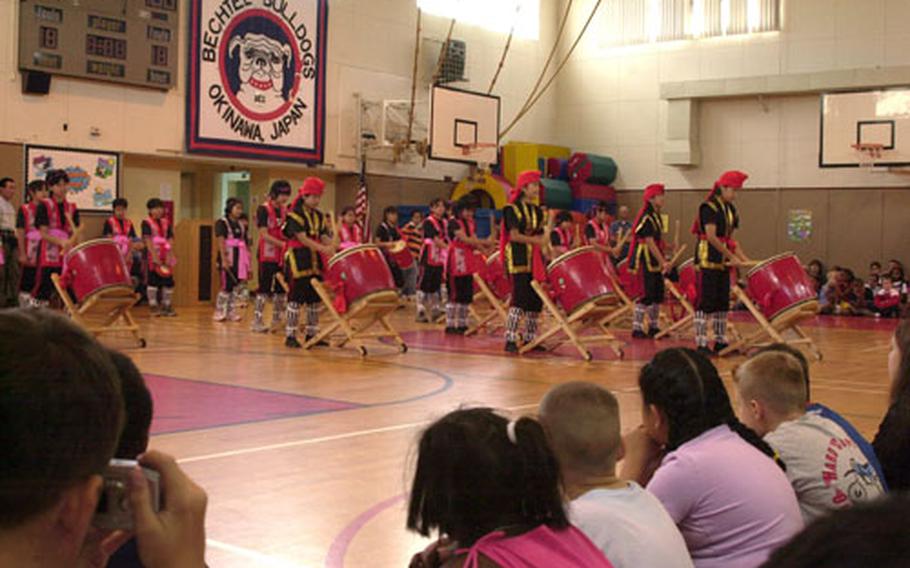 CAMP McTUREOUS, Okinawa &#8212; More than 170 Okinawans spent the day sharing their culture with the students at Bechtel Elementary School during the school&#8217;s 15th annual Ryukyu Festival, named after what Okinawa was called when it was a separate country.

Wave after wave of students entered the gymnasium throughout the morning to catch one of two performances featuring the Mihoso Taiko Drummers, Tengan Himawari Kodomokai dancers &#8212; including a Lion Dance &#8212; and the Kadena Kokusai Matsuri Daiko Drummers. Barbara Lambert, the event organizer, said sumo wrestlers from Chubu Norin High School entertained the children in the afternoon.

Lambert said the festival is a great way for U.S. students to learn about where they are living.

The Lion Dance brought smiles to most faces as the Shishi Lion, played by two Okinawan boys, strutted around the floor, loudly snapping his jaws at unsuspecting students.

The Okinawan drummers said the students seemed to have a good time. Fuko Hanashiro said she liked seeing the U.S. students making the same movements as the drummers.

Lambert said the day was a success and couldn&#8217;t have been done without full community support, both on- and off-base. She said with the two communities working together, the U.S. students would have a greater understanding of how those in their host country live.

When asked what the Japanese children got from the day, the girls laughed at Natsuki Sashida&#8217;s response.