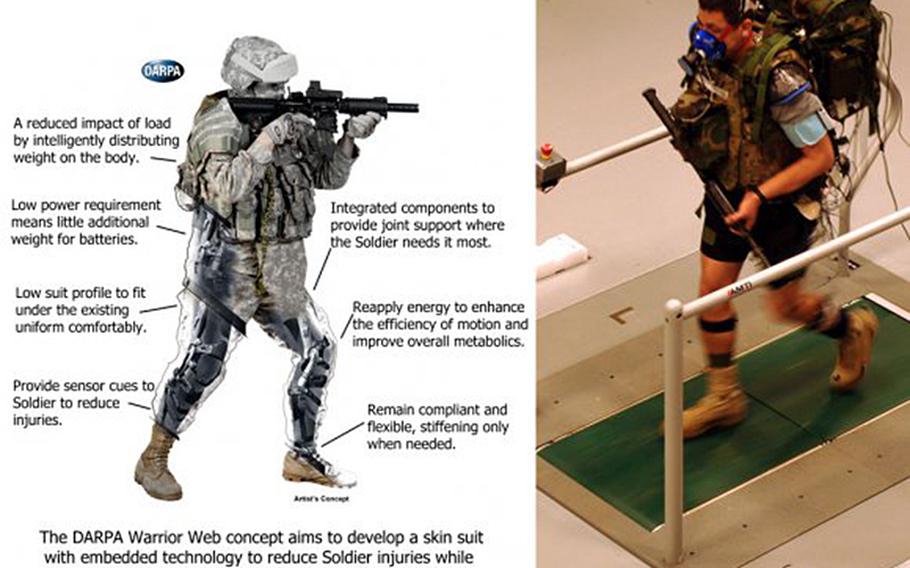 The Defense Advanced Research Projects Agency is working on the Warrior Web Project, which has many of the attributes of the Army's Tactical Assault Light Operator Suit concept. (U.S. Army photo)

The Defense Advanced Research Projects Agency is working on the Warrior Web Project, which has many of the attributes of the Army's Tactical Assault Light Operator Suit concept. (U.S. Army photo) 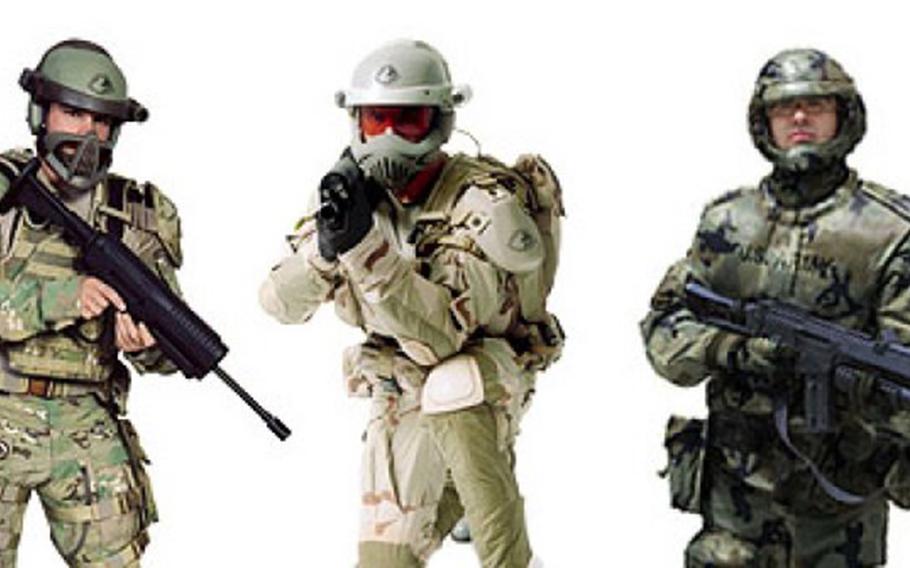 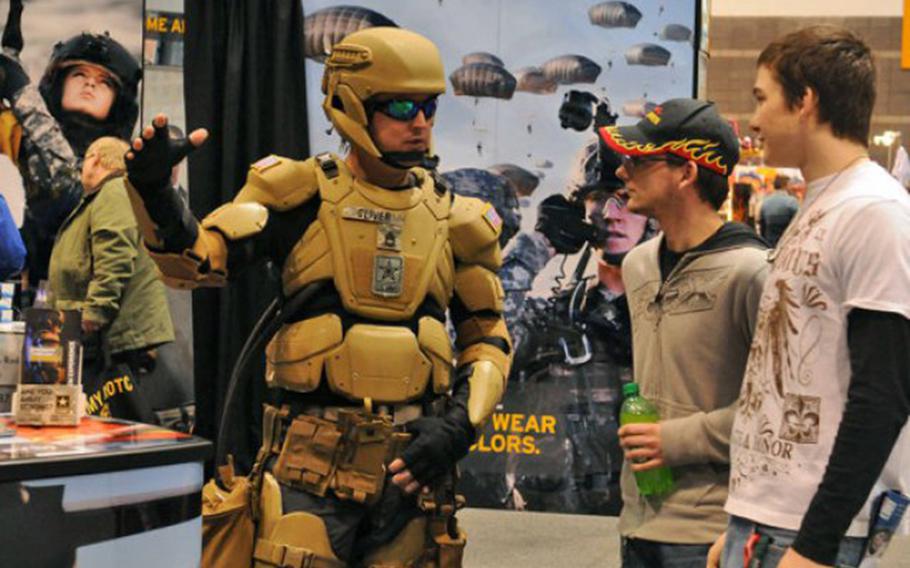 The U.S. military is trying to build an armored suit similar to the one worn by fictional superhero Iron Man.

Some of the technology exists, so a functional suit might be only a decade or so away, though experts say it may be better to invest in unmanned vehicles, robots or training for ordinary soldiers.

U.S. Special Operations Command has been asking defense contractors and researchers to demonstrate high-tech inventions such as exoskeletons, heads-up displays, night vision, sensors and body armor that could be incorporated into such a suit.

“The Tactical Assault Light Operator Suit, or TALOS, is an advanced infantry uniform that promises to provide superhuman strength with greater ballistic protection,” according to an Army statement.

The suit would use wide-area networking and on-board computers to give the wearer more situational awareness of the action around them, the statement said.

“I’m very committed to this,” McRaven told a group of industry representatives at a TALOS presentation in July. “I’d like that last operator that we lost to be the last operator we lose in this fight or the fight of the future, and I think we can get there.”

“It would be a difficult design to operate in the field conditions — particularly finding the right energy source,” he said.

Computer systems in such a suit also would make it vulnerable to hackers, Allenby warned.

“You are going to make sure that whatever technology that you put on a soldier to enhance them doesn’t become a liability because he or she is hacked,” he said.

The most powerful part of such a suit would be its ability to enhance a warrior’s situational awareness rather than the superhuman strength that an exoskeleton might provide, Allenby said.

“They are looking at augmented cognition that ties the warrior’s comprehension into much larger battlefield systems,” he said.

For example, the suit might be coupled to unmanned aircraft, he said.

Soldiers equipped with smartphones linked to secure radios in Afghanistan have access to information such as maps and video feeds showing enemy positions, friendly forces and civilians on the battlefield.

The computers incorporated in TALOS would need to know when a warrior was being overloaded with information and prioritize it, Allenby said.

Troops in Afghanistan are also already wearing helmet sensors that record data on any blasts they are exposed to in combat.

Similar sensors and other body-monitoring systems, such as heart-rate monitors similar to those worn by the Colonial Marines in the “Alien” movies would likely be incorporated in TALOS, Allenby said.

Much of the other technology for the suit is available in rough form, he said, noting that Special Operations Command is not making its plans in secret.

“What I hear them saying is: ‘We (Americans) have got the most innovative culture in the world. We are going to bet that the speed of our innovation is going to give us a sustainable military advantage to our competitors,’” he said.

Former Army officer David Johnson, who now works at the Center for Advanced Defense Studies, said TALOS could be feasible within a decade.

The Army will need to develop a new military occupational specialty for troops who wear it. Only about 54 suits will likely be fielded throughout the military with perhaps 150 civilian technicians supporting them, Johnson predicted.

However, he believes that the TALOS will not be a good investment.

“We have not lost a firefight in 50 years,” he said. “We do not need anything new or more. We need strategy and operations and tactics, rather than stuff.”

Drones and robots are likely more cost effective than humans in exoskeletons, he added.

TALOS might be useful for fighting the sorts of battles that Master Chief — the character from the “Halo” video games — is involved in, but it would be less effective in today’s irregular warfare, he said.

“Hard to win hearts and minds in an exoskeleton,” Johnson said.