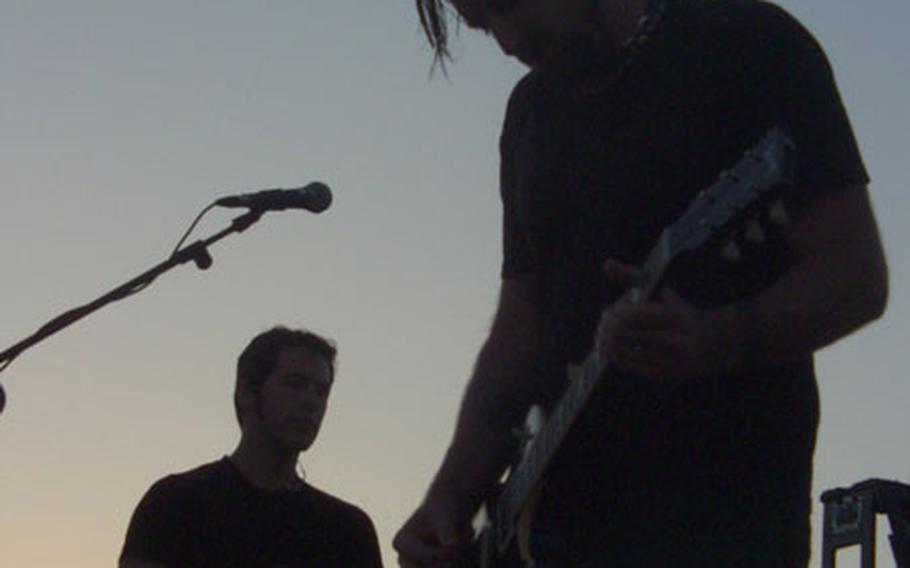 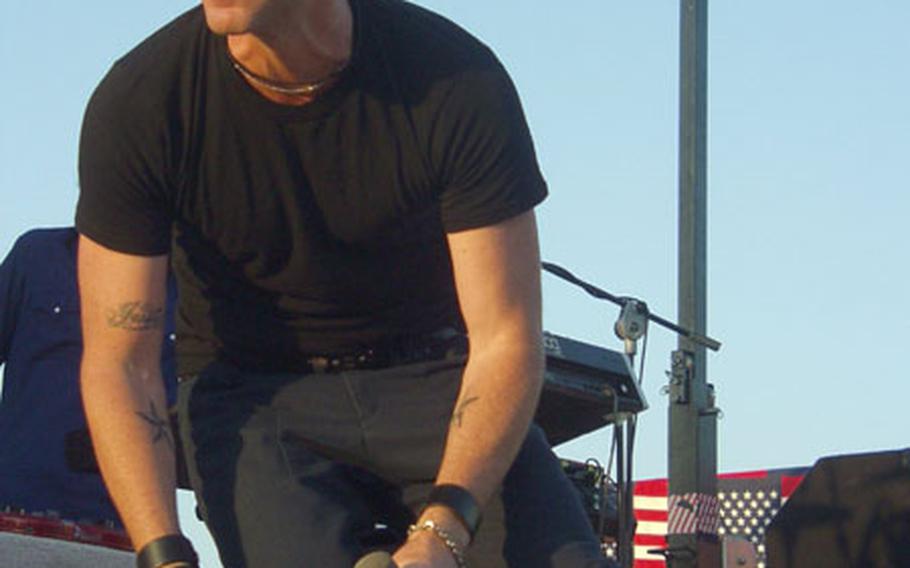 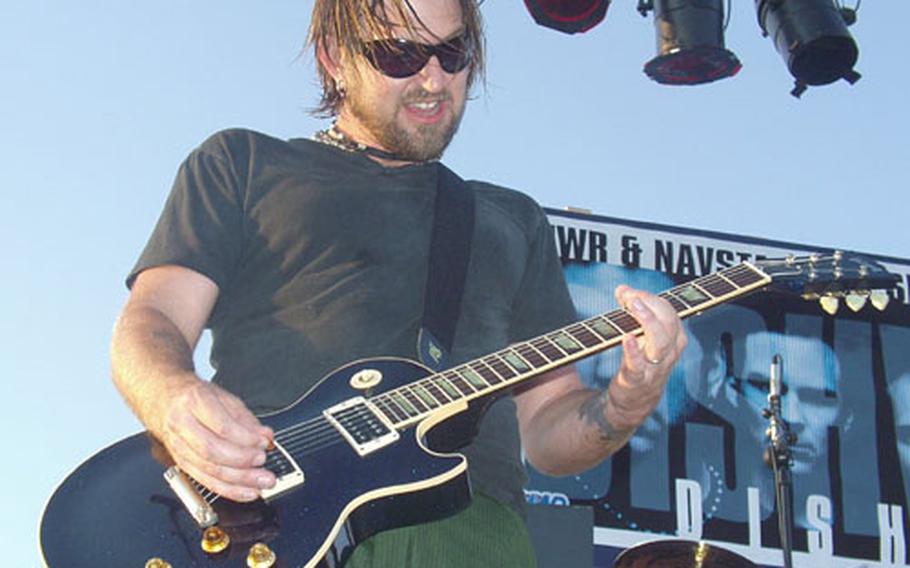 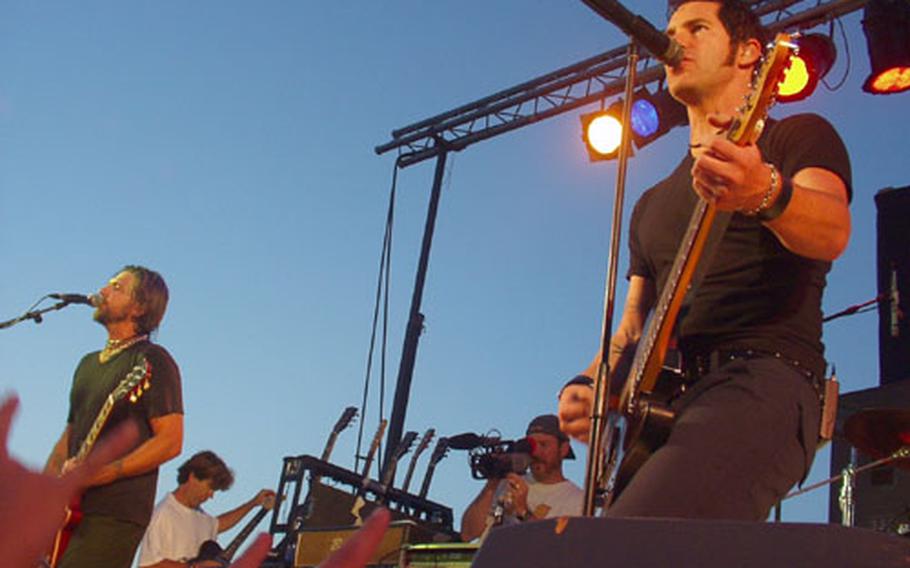 NAVAL STATION ROTA, Spain &#8212; When rock band Dishwalla took to the stage Thursday, the crowd that had gathered for the free concert was nearly 20 yards away.

It was too far for lead singer J.R. Richards.

Seconds later, a wave of sailors, Marines and some teen fans rushed the stage to hear the Santa Barbara, Calif.-based band blast out their first song. The small but raucous crowd would be at the feet of Richards&#8217; and his bandmates the entire show.

Dishwalla, best known for its hit song &#8220;Counting Blue Cars,&#8221; rocked Rota, its first stop in a tour of Navy bases in the Mediterranean Sea region. The Navy&#8217;s Morale, Welfare and Recreation department is sponsoring the band&#8217;s series of free concerts in Spain, Italy and Bahrain.

The five-member modern-rock group arrived in Rota on Wednesday, bleary-eyed and jet lagged. It had left for Spain immediately after performing for sailors aboard the USS Kitty Hawk in Japan.

Dishwalla members, who have performed in front of military audiences several times in the past, said they jumped on the opportunity to tour bases in Europe. They had planned to visit the Mediterranean region earlier this year, but the war in Iraq postponed the trip.

Drummer Pete Maloney said the band has tremendous amount of respect for what servicemembers do.

Before the band left the stage, people already started lining up for free CDs the bands gave out and autographed. On the military tour, the band will give out about 4,000 of the special discs with some live versions of their songs.

The band also is scheduled to play at several other locations that have not been announced.