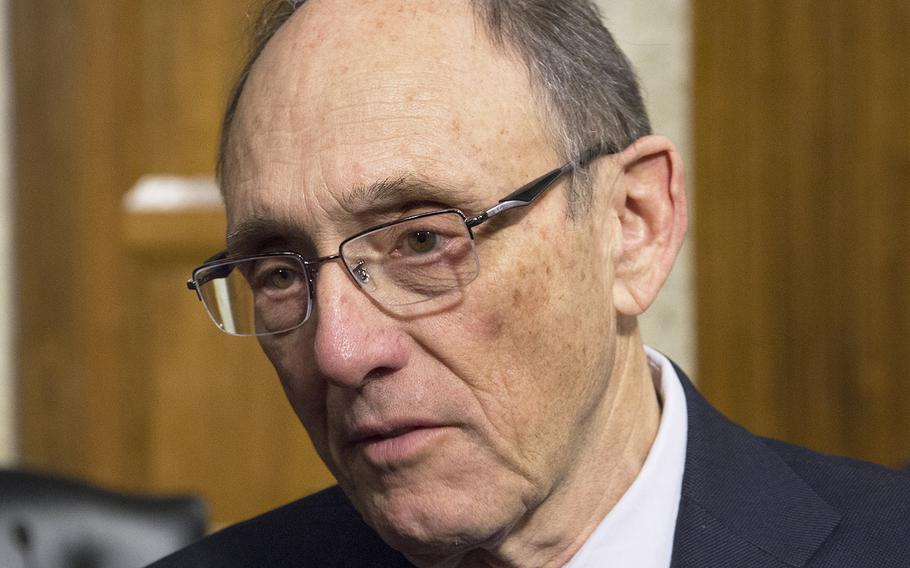 WASHINGTON — Progress was delayed Wednesday on major changes to Department of Veterans Affairs health care while lawmakers waited on a cost estimate for expanding veterans’ access to private-sector medical treatment.

The House Committee on Veterans’ Affairs was scheduled to vote Wednesday on its bipartisan VA Care in the Community Act, H.R. 4242, which would end the Veterans Choice Program and implement new rules about when and where veterans can seek health care in the private sector. But Rep. Phil Roe, R-Tenn., the committee chairman, postponed the vote until members receive a cost estimate from the nonpartisan Congressional Budget Office.

“I was not comfortable asking members to vote on final passage of a bill of this significance without some idea of cost,” he said.

Roe said he received preliminary information from the Congressional Budget Office late Tuesday but had questions about how the numbers were estimated. It’s uncertain when a cost estimate will be released publicly.

Democrats on the committee, Reps. Tim Walz of Minnesota and Mark Takano of California, said during Wednesday’s hearing that preliminary costs for private-sector care in the bill are about $40 billion for five years.

Walz predicted a “deep discussion” about how to pay for it that would extend to Republican and Democratic leadership.

“Where we’re going to find the kind of money the [Congressional Budget Office] is projecting we need is going to be the big question of the day,” Takano said.

The bill would do away with a controversial rule that allows veterans to seek private-sector care only if they can’t get an appointment within 30 days or if they live more than 40 miles driving distance from a VA facility. Instead, the legislation leaves the decision to veterans and their VA doctors.

There’s been disagreement among veterans organizations about details of the bill and how far it would take veterans’ care into the private sector, but lawmakers were adamant Wednesday the only reason it was delayed was the cost estimate.

VA Secretary David Shulkin has said he wants Congress to approve a Choice overhaul by December. Funding for the Choice program is expected to run out by the end of the year.

The committee did advanced another bill Wednesday that aims to get rid of aging and underused VA facilities and provides $2.1 billion for the Choice program to avert a funding crisis.

The bill, called the VA Asset and Infrastructure Review Act, was created in tandem with the VA Care in the Community Act, Walz said. He expressed concern that sending it to the House floor now will take away negotiating power when the committee tries to pass the community care bill.

“The minute the leverage leaves and this ship sails, it’s going to be much harder to do [H.R.] 4242,” Walz said. “They were predicated on moving together and staying together. Building the coalition is the only way we get this done. I’m disappointed.”

The Asset and Infrastructure Review Act passed 13-10, with all Democrats asking a vote be delayed until both bills were ready.

The bill sent to the House floor Wednesday would create a nine-member, unpaid commission to recommend which VA facilities to close and where the VA should invest. It’s been compared to the Defense Department’s unpopular Base Realignment and Closure program.

Shulkin said during a “State of the VA” address in May that dealing with bad infrastructure is one of his top priorities. About 57 percent of the thousands of VA facilities nationwide are more than 50 years old.

“What I’m asking the committee to do today is hard, but it needs to be done so we can right-size the VA,” Roe said. “We will not have done our job if VA looks like it does now 25 years from now. I have great confidence in this committee to do hard things, and what we’re doing here is, for the VA, revolutionary.”

It was uncertain Wednesday when the bill would be voted on in the House.