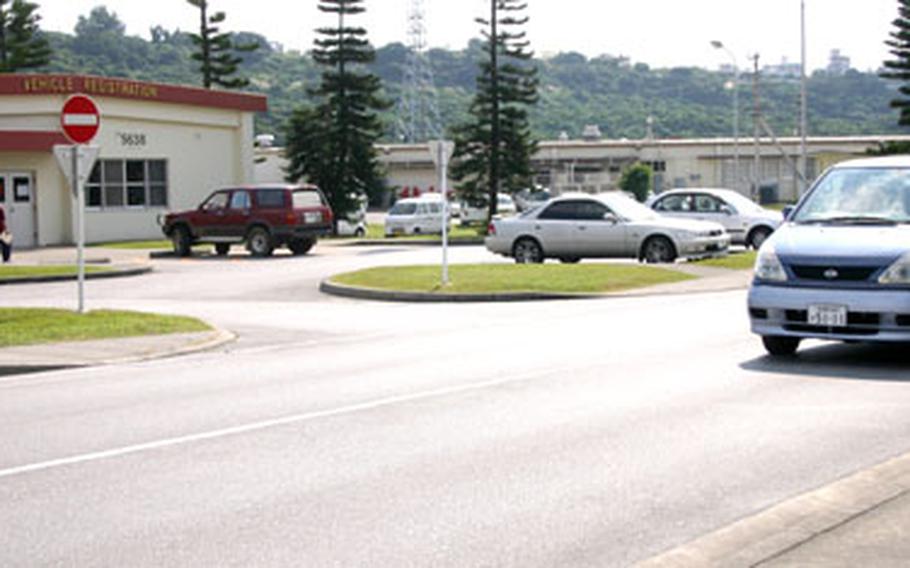 The road by the Joint Vehicle Registration Office will be named Captain Brock Road in a ceremony on Friday. (Cindy Fisher / S&S)

The road by the Joint Vehicle Registration Office will be named Captain Brock Road in a ceremony on Friday. (Cindy Fisher / S&S) 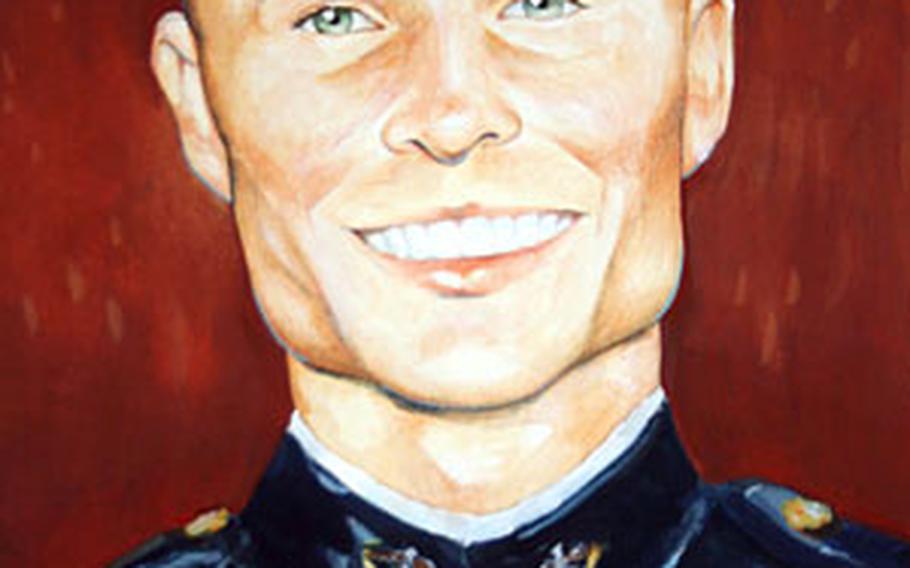 CAMP FOSTER, Okinawa &#8212; A Camp Foster road will be named for one of the camp&#8217;s fallen unit commanders in a ceremony Friday.

Capt. Sean L. Brock was commander for Alpha Company, Headquarters and Service Battalion on Camp Foster in 2004, when he volunteered for an individual augment billet in Iraq.

Brock, who had 12 years in the Corps as an enlisted man and officer, already had served a tour in Iraq and one in Afghanistan.

He left for Iraq in late 2004 and was killed Feb. 2, 2005, while conducting combat operations against enemy forces in Anbar province, said Col. Russell Jones, Headquarters and Service Battalion commander.

Brock was the first Marine from the battalion to be killed in Iraq, according to a Marine report. Jones said he never met Brock, but when he assumed command of the battalion, Brock&#8217;s name &#8220;kept popping up &#8230; in glowing terms.&#8221;

At www.fallenheroesmemorial.com, messages from fellow servicemembers attest to Brock&#8217;s character and leadership.

&#8220;I&#8217;m honored to have served with Capt Brock,&#8221; wrote Cpl. Brent T. Willoughby in a posting from Afghanistan a year after Brock&#8217;s death. Brock had been his first officer in charge when they were stationed together on Okinawa, he wrote. &#8220;He &#8230; had this magnetic personality that almost made you believe that if you were in his company long enough that some of it might just rub off on you,&#8221; Willoughby wrote. &#8220;He led by example and was respected by all who had the chance to serve with him.&#8221;

Other messages described Brock as a loyal friend with a love for life and a dedication to leading his Marines.

It was important to do something to show that the Marine Corps has not forgotten Brock&#8217;s sacrifice, said Jones and Sgt. Maj. William F. Fitzgerald, the battalion sergeant major. They decided to name the road that runs in front of the Joint Vehicle Registration Office for him and to place a memorial plaque on Captain Brock Road near the office.

They thought it would be symbolic for Alpha Company Marines to pour the concrete foundation in preparation for Friday&#8217;s unveiling, Fitzgerald said. During the course of the work, Marines started putting their chevrons into the hole where the concrete would be poured, he said.

It started with a gunnery sergeant who served with Brock, Fitzgerald said, adding that it&#8217;s fitting that the chevrons of Marines he led will be entombed with the plaque. And it&#8217;s important that Marines are remembered, Fitzgerald said. &#8220;Should anything happen to them, we will not forget them, and they will be forever honored.&#8221;

The ceremony will start Friday at 1:45 a.m. alongside the road in front of the Joint Vehicle Registration Office come &#8220;rain or shine,&#8221; said Col. Russell Jones, Camp Foster&#8217;s Headquarters and Service Battalion commander.

This is not a mandatory event, but all are invited to honor Capt. Sean L. Brock&#8217;s sacrifice, Foster leaders said.

The uniform for the ceremony is dress blue deltas with ribbons and no badges, or your service&#8217;s equivalent.

Brock&#8217;s twin will attend the ceremony. Rayme Brock, who joined the Corps and attended recruit training with his brother, will also be the guest of honor at the Alpha Company Ball on Saturday evening.