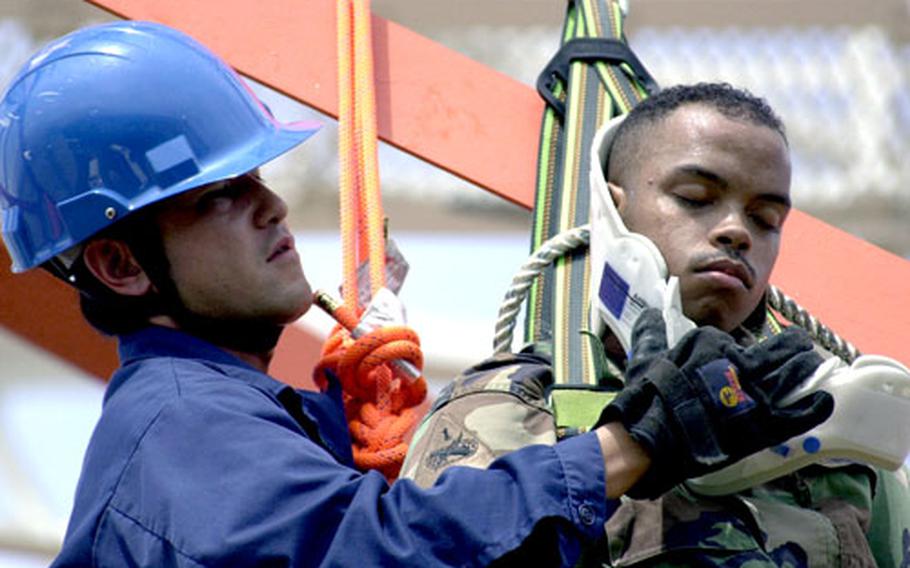 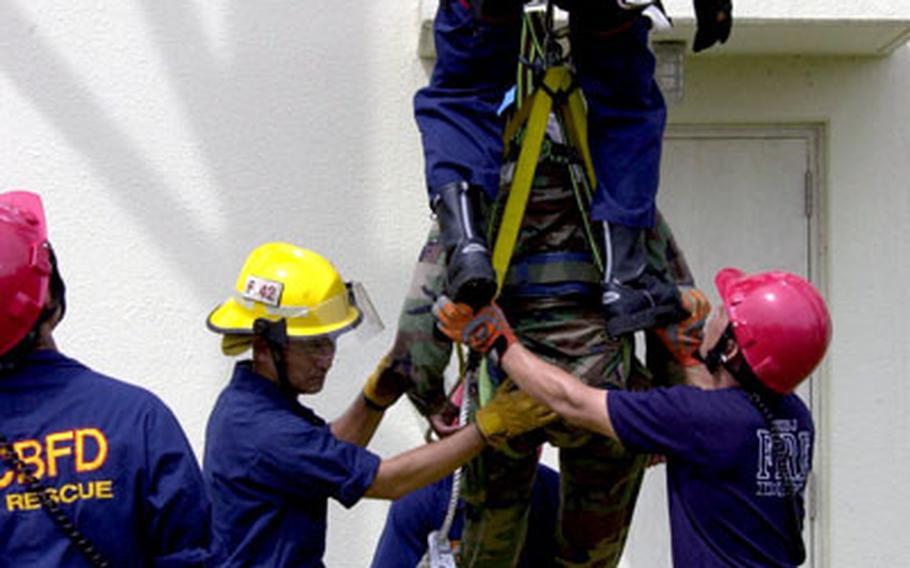 Marine Corps Base firefighters help guide a "victim" onto a strectcher during the drill. (Fred Zimmerman / S&S) 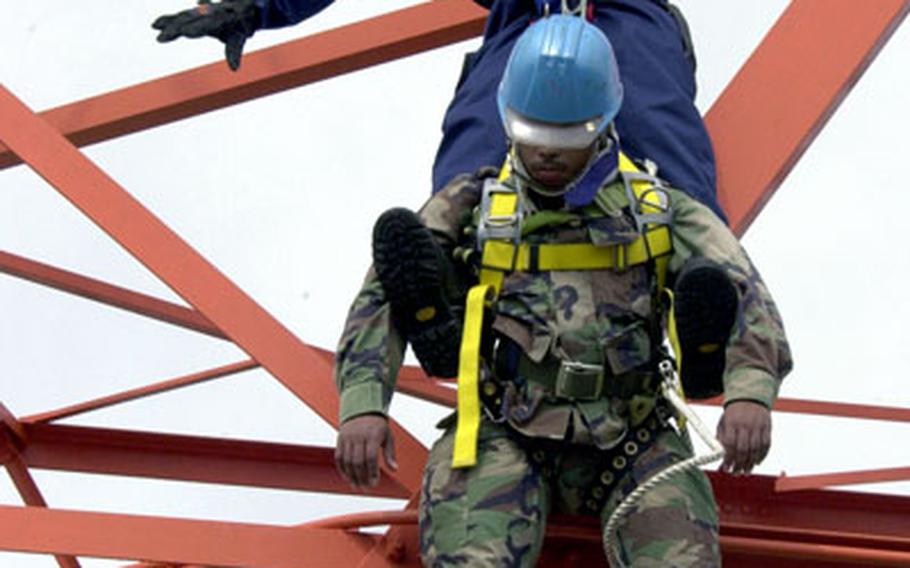 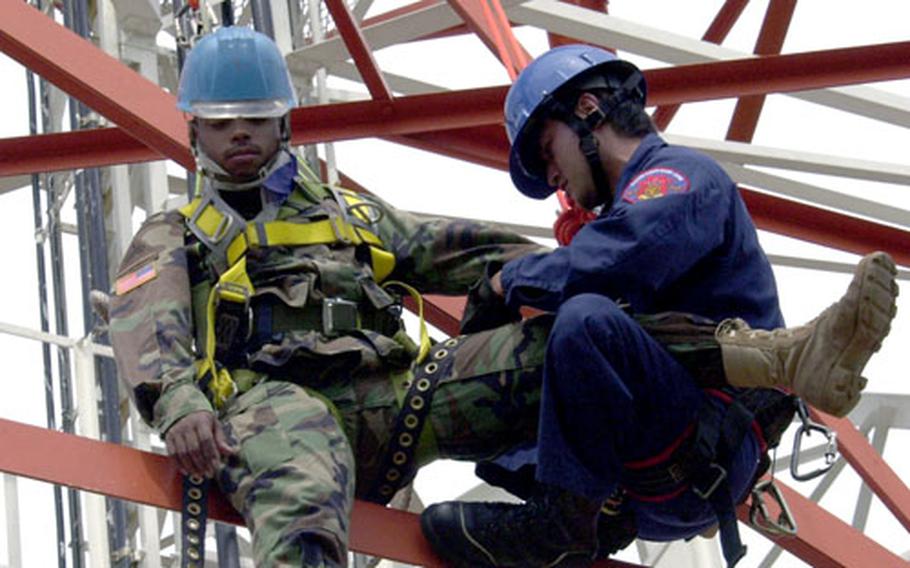 CAMP FOSTER, Okinawa &#8212; Marine Corps Base Fire Department members climbed onto the U.S. Army&#8217;s communication tower in the Futenma Housing area here Friday to pluck off a &#8220;victim&#8221; who was dangling, unresponsive, from a safety line.

But the &#8220;victim,&#8221; Army Sgt. David Gonzalez, the Outside Plant noncommissioned officer in charge for the 405th Signal Company, 58th Signal Battalion, was more interested in the rescuers than in being rescued: They were performing a drill he&#8217;d helped devise to ensure the firefighters knew how to save people who might be stranded or injured on one of the tall towers that dot the island.

During an inspection in 2004, Gonzalez said, he realized his section didn&#8217;t have a plan to pull a seriously injured climber off a tower. His unit climbs, repairs and cleans the island&#8217;s numerous U.S. military communications towers &#8212; structures he said can range from 50 feet to 300 feet.

So, he said, because &#8220;as climbers, safety is a top concern,&#8221; he began devising a plan with Marine Corps Fire Department Assistant Chief Gary Quinn. Gonzalez said they worked together the past six months and have staged drills on camps Hansen and Schwab but Friday&#8217;s test was the first at Foster.

During Friday&#8217;s training, Gonzalez climbed from 30 feet to 40 feet up the tower, secured himself to it with two safety lines, then dangled from a beam. When the firefighters arrived, two climbers quickly strapped on safety gear while others secured climbing rope.

Two firefighters then climbed above Gonzalez; one strapped onto his back three lines controlled by colleagues on the ground. The men on the ground then lowered their counterpart to Gonzalez. The rescuer made sure Gonzalez was breathing, put a neck brace on him, then fastened one of his ropes to the sergeant.

After putting another harness on Gonzalez, firefighter Yogi Manabu put his feet under the &#8220;victim&#8217;s&#8221; arms and the ground crew lowered them. Gonzalez then was put on a stretcher and taken to an ambulance, where the scenario ended.

Quinn said his firefighters could be called to make a rescue anywhere so they train on rescue procedures on rooftops, in the mountains and now on the towers.

Firefighter Takuma Iha said the department must be prepared for anything.