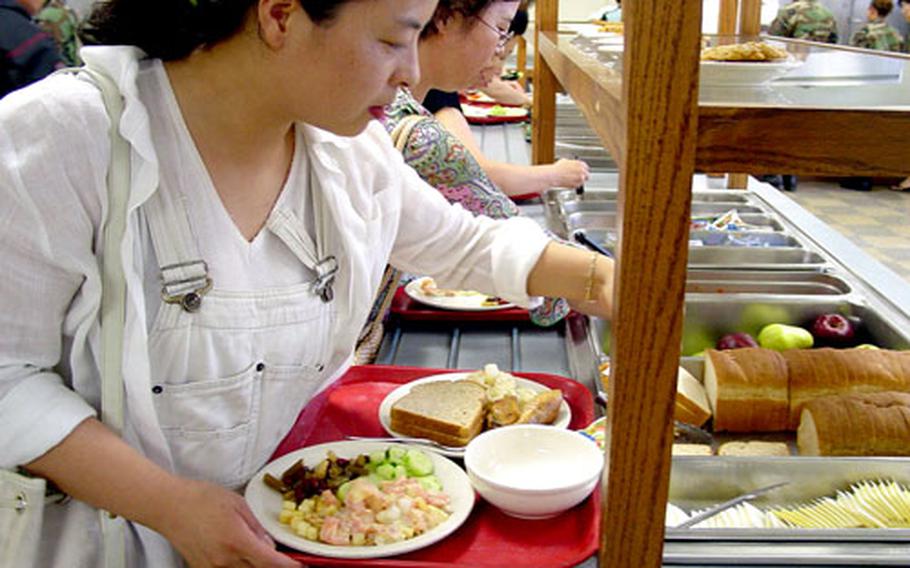 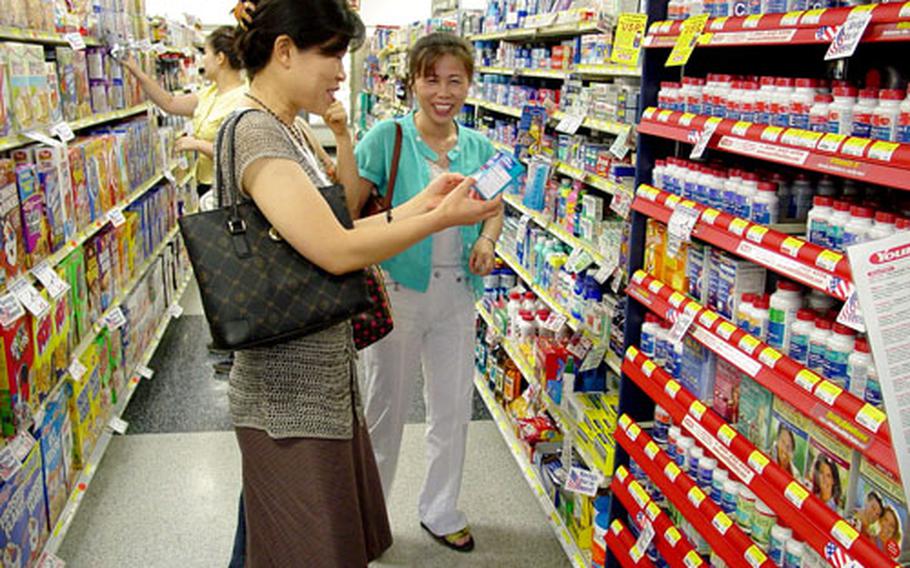 Teachers from Chilgok County check out the variety of products at the Camp Carroll commissary during a visit July 27. (Kang Ji-hyun / U.S. Army)

TAEGU, South Korea &#8212; Riding the bus to work every day in Waegwan, South Korea, schoolteacher Lee Kyung-mi can see the walls and razor wire of the U.S. Army&#8217;s Camp Carroll.

Lee, an English teacher at the Waegwan Middle School, has been curious about what goes on behind the barriers.

So she was excited to be one of about 30 area schoolteachers base officials invited for a tour of the camp.

But her interest was tempered by worries that perhaps her English wouldn&#8217;t go far enough once in conversation with native English speakers.

&#8220;I also had a fear and anxiety to speak to soldiers and foreigners in English, even though I am an English teacher,&#8221; she said.

The nearly 12-hour tour began Wednesday at 9:30 a.m. with welcoming remarks by Camp Carroll installation manager Wilfred Plumley, followed by a briefing about the base.

The visitors got a look at the base itself, the gym, the barracks, the maintenance shops and storage sites. And there was lunch at the dining hall. Among items on the menu Wednesday were veal, ground beef and noodles, sliced pork, salad and various deserts.

&#8220;We had some soldiers and KATUSAs with them as well to answer questions and just give them a chance to talk,&#8221; Plumley said. KATUSAs are South Korean soldiers assigned to the U.S. Army.

She said she was struck by what she saw in the barracks.

The visit was the latest in Camp Carroll&#8217;s participation in the Good Neighbor Program, which U.S. Forces Korea began in 2003. It directs U.S. military units Korea-wide to take robust steps to win the goodwill of the South Korean public. The base averages about two such group visits each month, Plumley said.

Schoolteachers are seen as an important group given the program&#8217;s goals because they can influence their students.