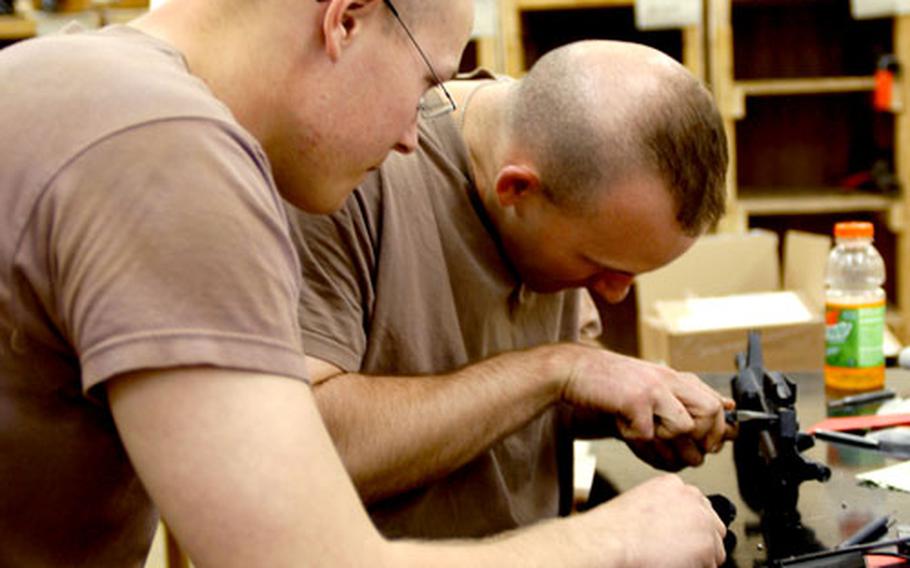 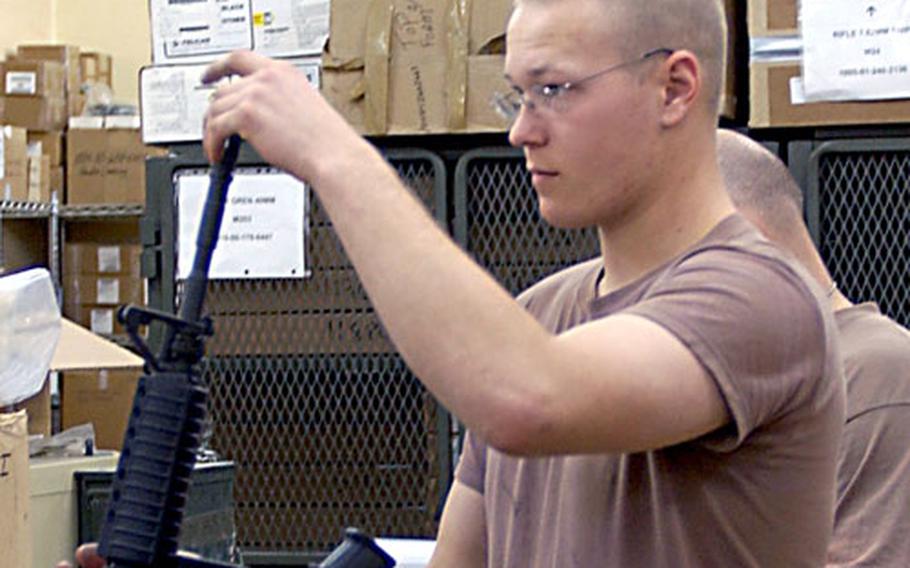 CAMP ANACONDA, Iraq &#8212; When it comes to lubing weapons, more is better, say the guys who work in the small-arms repair shop at Camp Anaconda, where thousands of jammed and malfunctioning weapons get fixed.

Harder repairs between 400 and 500 weapons a month, about 75 percent of which have not had enough lubricant applied to them.

Another way to keep your weapon working is to avoid doing any repairs beyond your skill level, Harder said.

Bill Jensen, who works as a team leader in the repair shop, said about half the problems the shop deals with comes from the people who operate weapons and the other half comes from the way the weapons are designed.

He said technicians at the shop are also working on ways to improve the new transparent gunshields, which give gunners more visibility but less protection. But they can do only so much and a lot depends on the experts in the U.S.

U.S. troops have come to the small-arms repair shop at Anaconda from as far away as Kuwait and Afghanistan, Jensen said.

Officially known as the Small Arms Service Center, the shop is the only place in the theater where troops can exchange an inoperable weapon for one that works, said Jensen.

Jensen said his shop also specializes in having hard-to-find parts for weapons.

Another plus: Harder said he makes sure that U.S. troops don&#8217;t have to come back to the shop for follow-up repairs.