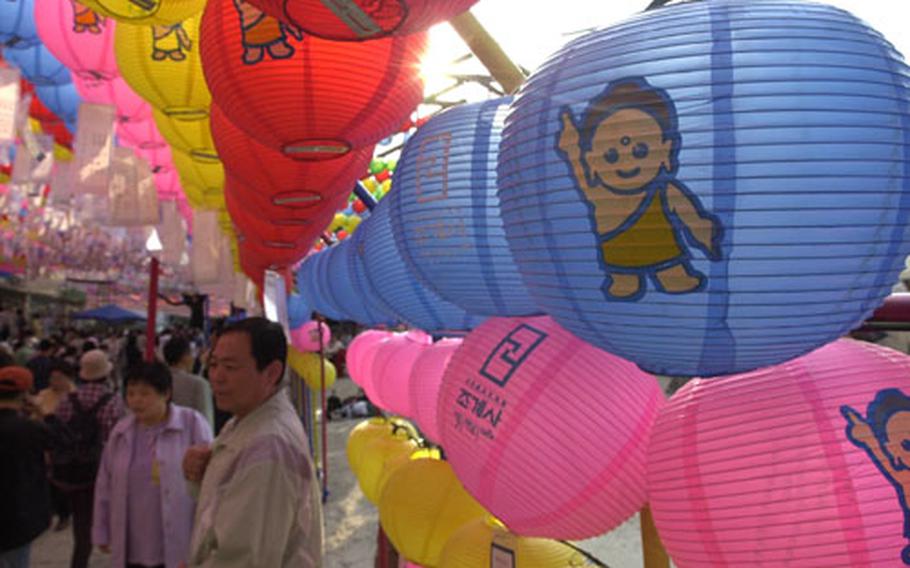 City officials expect up to 100,000 residents to participate in various events, which kicked off Friday afternoon and run through Monday.

Sunday&#8217;s biggest event is expected to be the Lotus Lantern Festival, which parades through Seoul&#8217;s Jongno neighborhood streets.

The procession starts at 7 p.m. in front of Dongdaemun Stadium, then winds its way to the Jogyesa Temple.

The national holiday celebrating the Buddha&#8217;s birthday is May 26, but all the celebrations are happening this weekend.

Tens of thousands of traditional lanterns will be held aloft during the march, said Hong Min-sik, a staff member with the Celebration Committee for Buddha&#8217;s 2,548th birthday.

Once the procession reaches its finishing point, thousands of spectators will gather and perform the Ganggansullae, a traditional Korean circle dance, Hong said.

All day Sunday, the Buddhist Culture Celebration will be held along the street in front of Jogyesa Temple, according to Tour2Korea, the official South Korean travel Web site.

Also throughout the weekend, an exhibit of traditional Korean lanterns will be on display at Bongeunsa. The lamps also will be on sale, running generally between $2 and $5.

The celebration is generally acknowledged as one of the most colorful and fun in South Korea.