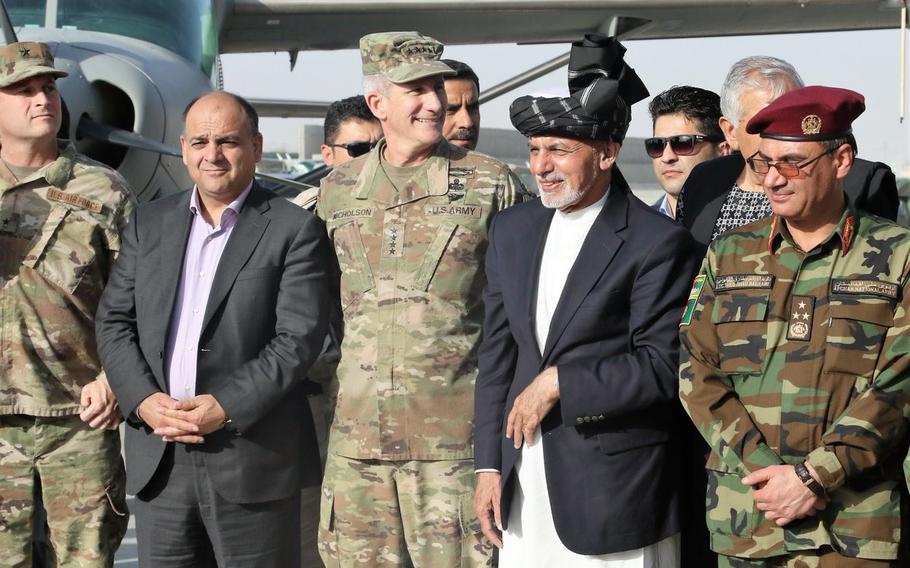 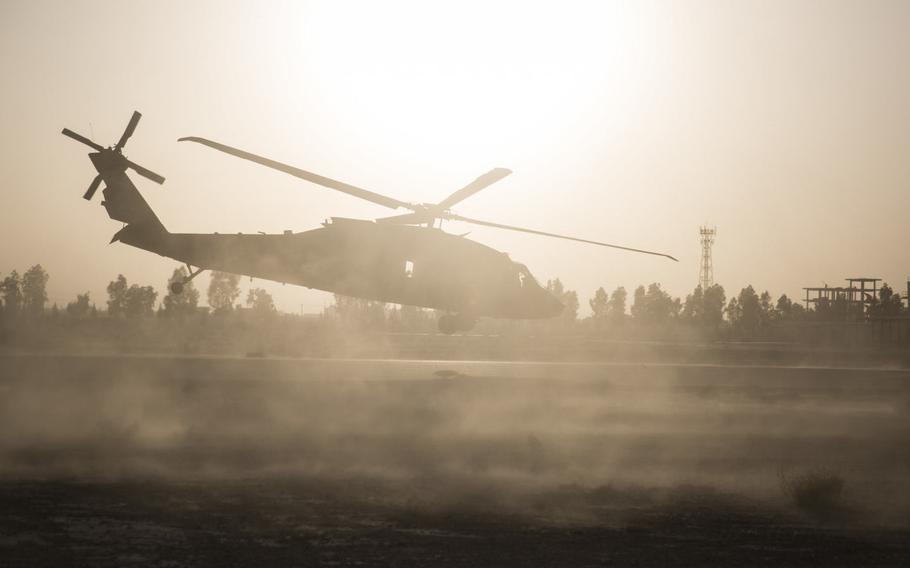 President Ashraf Ghani took delivery of the American-made aircraft at a ceremony in Kandahar attended by other high-ranking officials, including Gen. John Nicholson, the top U.S. commander in Afghanistan.

“If the Taliban think that they have defeated the Afghan security forces, they should take out these raw thoughts from their heads,” Ghani said at Saturday’s ceremony, adding that the arrival of the Black Hawks would strengthen local forces.

Under current plans, the Afghan air force should receive nearly 160 Black Hawks over the coming years to replace its aging fleet of Russian-made Mi-17 helicopters. The aircraft are used to transport troops and supplies, perform medical evacuations and provide close air support.

The gift comes as U.S. defense officials refocus their strategy to include more aggressive rules of engagement and more U.S. troops to aid Afghan forces.

In the week leading up to the war’s anniversary, Defense Secretary Jim Mattis provided more details about the Trump administration’s plans.

He told the Senate Armed Services Committee on Tuesday that the “4R+S” strategy aimed to regionalize, realign, reinforce, reconcile and sustain — meaning it would include regional actors, advise Afghan forces at lower levels, send in additional troops and, hopefully, lead to reconciliation with the Taliban.

Mattis added that he had removed “proximity requirements” for strikes against the Taliban, which will likely mean more U.S. bombs dropped in Afghanistan. He also said the additional U.S. forces would be embedded with lower-level units, putting them closer to the front lines.

Last month, Mattis said the U.S. would send over 3,000 additional servicemembers to Afghanistan, adding to the roughly 11,000 already in the country.

The Taliban released a statement Saturday to coincide with the 16th anniversary of the war, saying they had fighters to match the increased U.S. presence.

“Thousands of our youth are still waiting in line for their turn at martyrdom and sacrifice,” the statement said. “No matter how much you prolong the invasion, the end shall no doubt be your defeat and withdrawal.”

The Taliban have made substantial gains since international combat operations ended, and are said to control more territory today than at any other time since the 2001 U.S.-led invasion removed them from power.

Afghan forces assumed responsibility for securing their country at the end of 2014, when U.S. and other international partners switched from a combat mission to one focused on training, advising and assisting.

The training mission continues today, although the U.S. also conducts a separate counterterrorism mission in Afghanistan.