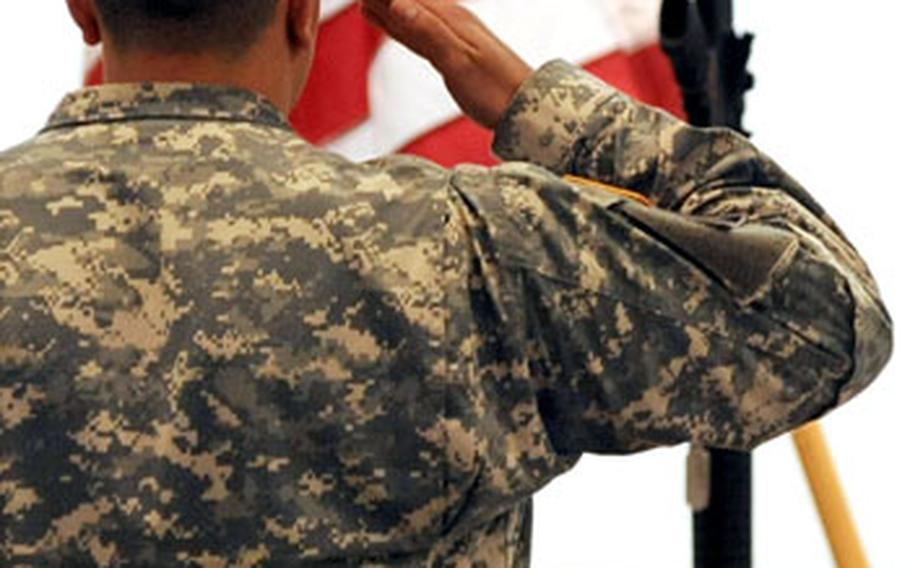 At a memorial service in Baumholder, Germany, a comrade gives a final salute to Spc. Brian M. Connelly, 26, who was killed in Iraq last week by a roadside bomb. (Michael Abrams / S&S)

At a memorial service in Baumholder, Germany, a comrade gives a final salute to Spc. Brian M. Connelly, 26, who was killed in Iraq last week by a roadside bomb. (Michael Abrams / S&S) 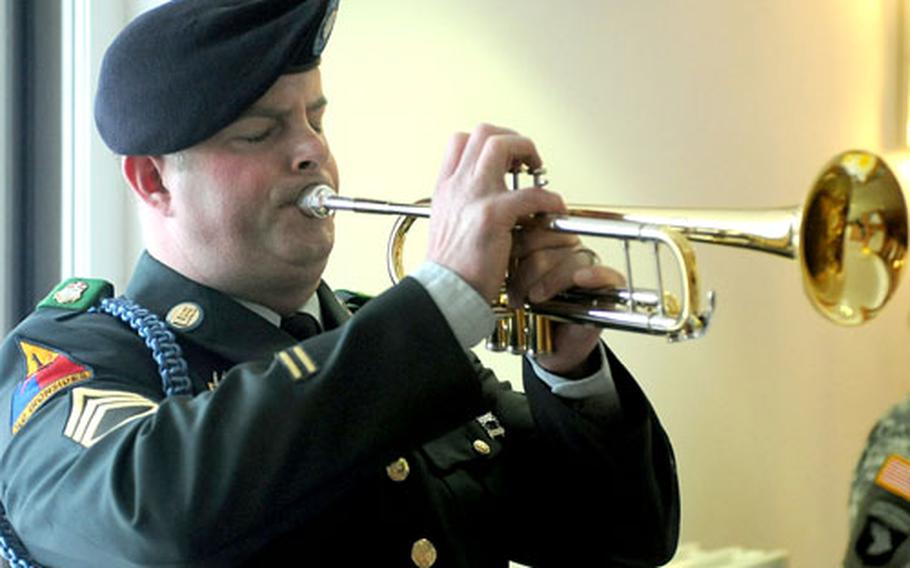 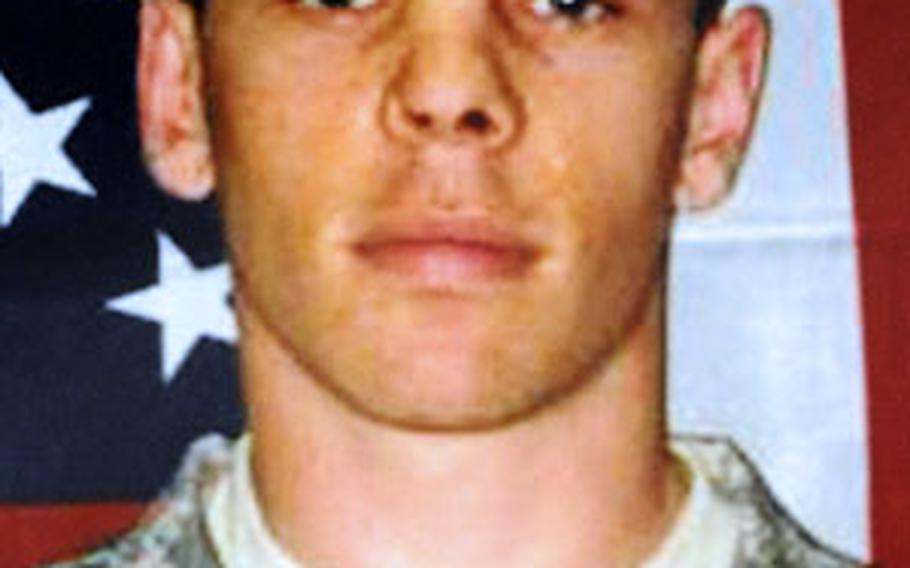 BAUMHOLDER, Germany &#8212; Spc. Brian Connelly and Spc. Charlie Twombly had nothing in common, except for a bunk.

Connelly hailed from a small coastal town in New Jersey where he loved to fish; Twombly grew up on a farm.

On Friday, Twombly cried as he said goodbye to his friend at a memorial service at the Baumholder chapel. Connelly died Feb. 26 when an explosive device struck his vehicle as he patrolled a street in Sadr City, Iraq. He was 26.

The friendship started when they were thrown together as roommates in Baumholder. Then they were assigned to the same platoon in Iraq, where they shared a bunk. They quibbled over who would get the bottom bed. Connelly won.

Stifled laughter echoed through the church as Twombly explained the many practical jokes the pair concocted, from exploding cigarettes to stealing the pens of a sergeant who was very protective of his space. Mostly, though, the soldiers hung their heads, saddened that another had died so young.

Connelly grew up in Union Beach, N.J. As a boy, he trolled the nearby bay waters for fluke and red fish. After graduating high school, he studied computer technology at a local community college and also worked a job with an electricians union, according to the Newark Star-Ledger.

He was laid off, though. Adrift and without work, he joined the Army in 2006.

Connelly soon proposed, and they were married in a small ceremony while Connelly was on an 18-day leave from Iraq.

The last time they spoke, Connelly told his wife that his tour in Iraq had been shortened, and that he would be heading back to Germany in May. He was killed four hours later.

They had been married just five months.