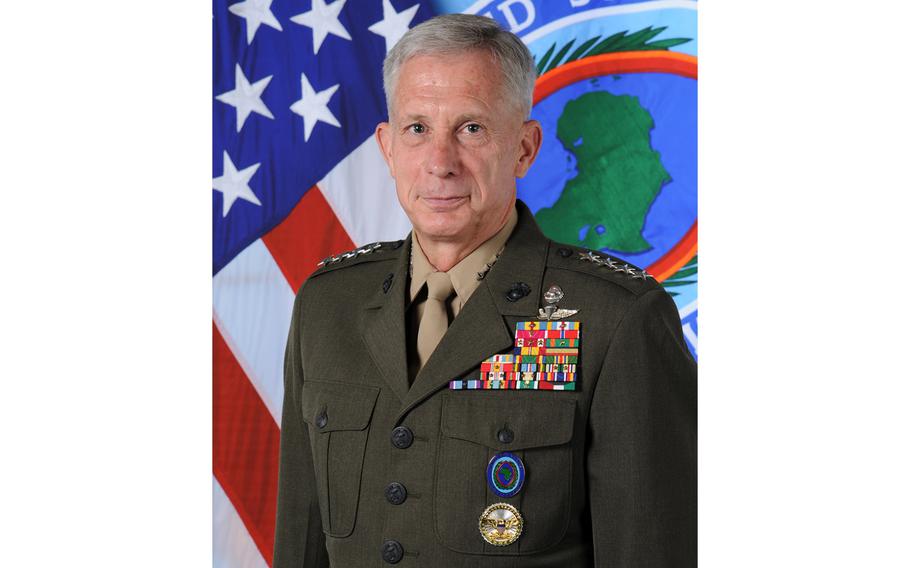 AFRICOM's commander Marine Corps Gen. Thomas Waldhauser says U.S. forces are tracking Islamic State fighters who have fled the battle in the coastal Libyan city of Sirte. "What we don't want them to do is re-emerge," Waldhauser said Wednesday, Nov. 16, 2016, during an interview in Stuttgart, Germany. (U.S. Africa Command)

AFRICOM's commander Marine Corps Gen. Thomas Waldhauser says U.S. forces are tracking Islamic State fighters who have fled the battle in the coastal Libyan city of Sirte. "What we don't want them to do is re-emerge," Waldhauser said Wednesday, Nov. 16, 2016, during an interview in Stuttgart, Germany. (U.S. Africa Command) 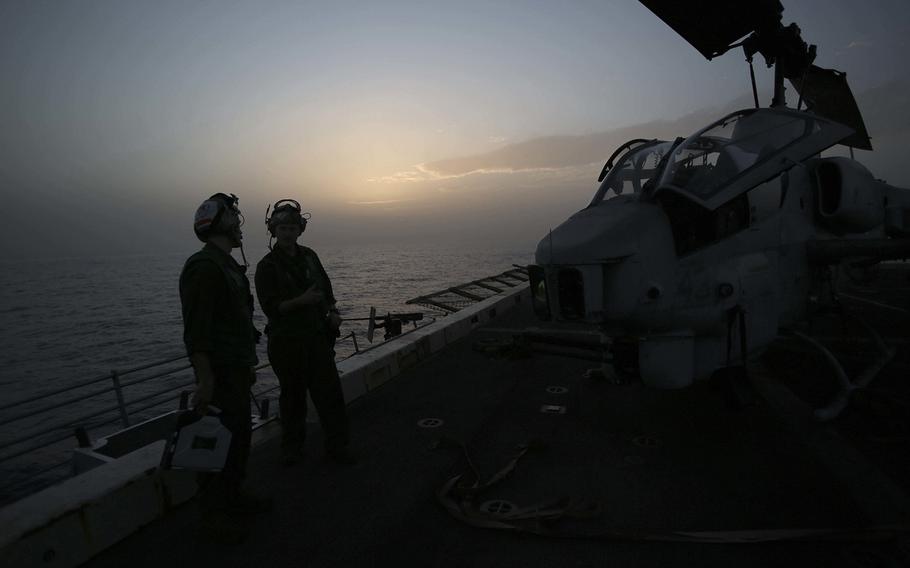 STUTTGART, Germany — U.S. Africa Command is tracking Islamic State fighters who have fled the battle in the coastal Libyan city of Sirte, a possible prelude to more expansive U.S. airstrikes in the country, the top U.S. general for Africa said.

“We have to continue to develop those targets and have certainty of who we are seeing and what the activities are,” AFRICOM’s Gen. Thomas Waldhauser said in an interview with Stars and Stripes late Wednesday. “We just need to have that level of certainty if we decide to strike outside the limits of Sirte.”

The move to neutralize Islamic State fighters in other parts of Libya comes amid concerns the group could regroup and threaten the North African nation’s fragile government or infiltrate into neighboring states, Waldhauser said.

“We need to leverage that success (in Sirte) by watching where these individuals go, keeping track of where they are,” he said. “Because what we don’t want them to do is re-emerge, come back, attack Tripoli, attack the (government) forces, who are in Sirte, from behind.”

It was estimated last summer that about 4,000 Islamic State fighters were operating in Libya and that the majority had taken root in Sirte, a city the insurgents came to dominate. Now, about 200 are holed up in a small number of buildings, restricted to a couple of city blocks, Waldhauser said.

It is urban warfare, with Libyan troops clearing out the last remnants of militants, one building at a time.

“Those ISIL fighters who are left are there for one specific reason,” said Waldhauser, using an alternative name for the Islamic State group. “They are going to die there, but they are going to cause as many casualties as they can prior to that happening.”

The remaining fighters have established a network of tunnels, roadside bombs and booby traps, which has complicated efforts to clear them out of the city.

“We knew it was going to be difficult. It probably is taking a bit longer than we would have wanted, but nonetheless, it is down to a very small piece of real estate, a couple blocks that are left,” Waldhauser said. “Government ... forces are going through those buildings and houses, really building by building, room by room, to rid out the remnants of ISIL that are there.”

The Islamic State group’s move into Libya gained momentum during the past year as pressure mounted on the organization in its main strongholds in Iraq and Syria.

“This (Libya) would be a fallback position if Raqqa and Mosul fell,” said Waldhauser, who assumed command of AFRICOM in July.

Libya has emerged as a focal point for AFRICOM’S efforts on the continent, with nearly 400 airstrikes being conducted since operations began in August. Many of those have been carried out by aircraft operating from U.S. Navy vessels positioned off Libya’s coast. The U.S. has also quietly begun conducting surveillance operations from a drone site in neighboring Tunisia to improve itstracking of enemy fighters on the ground in Libya.

Operation Odyssey Lightning is AFRICOM’s second venture into Libya, where in 2011 the command led the first wave of airstrikes against Moammar Gadhafi’s regime. NATO later took over the mission, which critics have blamed for causing the current chaos in Libya.

In the past, NATO officials have shifted the blame, saying that the turmoil over the past five years was due to the failure of Western political leaders to place some type of peacekeeping force in the country after a successful military campaign.

Nonetheless, Libya has degenerated into a virtual failed state, with scores of militias and militant groups vying for territory.

In the meantime, Waldhasuer said, military operations are aimed at blunting Islamic State attempts to find a haven while Libyan officials work toward establishing political order.

“It is a concern for all of us, so consequently we keep an eye on it in conjunction with the Government of National Accord. We keep an eye on where these fighters are heading. And we know that they have moved on to various places within the country,” he said.