Afghans to handle most security for Sept. 18 election 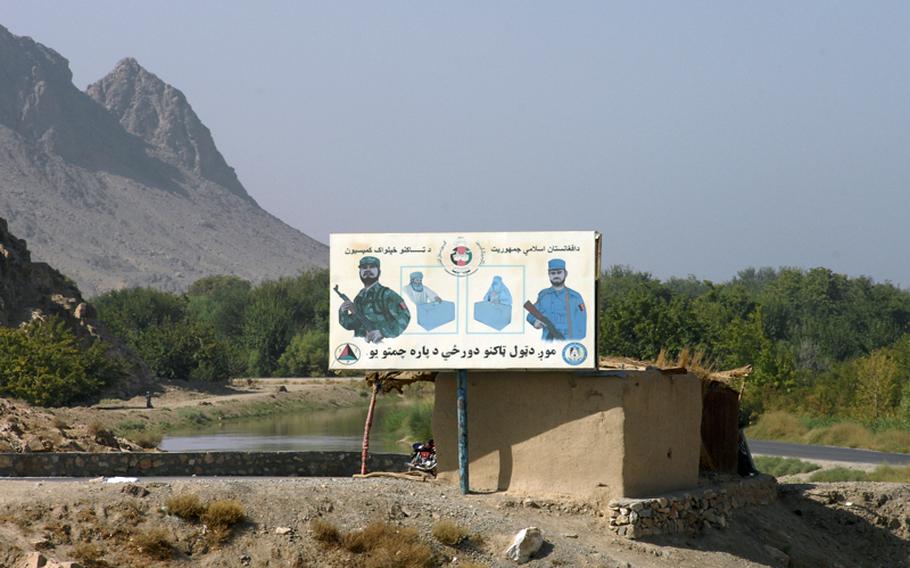 Buy Photo
A billboard in Kandahar Province encouraging people to vote in this month?s provincial election depicts an Afghan soldier and an Afghan policeman. Afghan security forces will take the lead in securing the elections, according to the International Security Assistance Force. (Seth Robson/Stars and Stripes)

Buy Photo
A billboard in Kandahar Province encouraging people to vote in this month?s provincial election depicts an Afghan soldier and an Afghan policeman. Afghan security forces will take the lead in securing the elections, according to the International Security Assistance Force. (Seth Robson/Stars and Stripes) 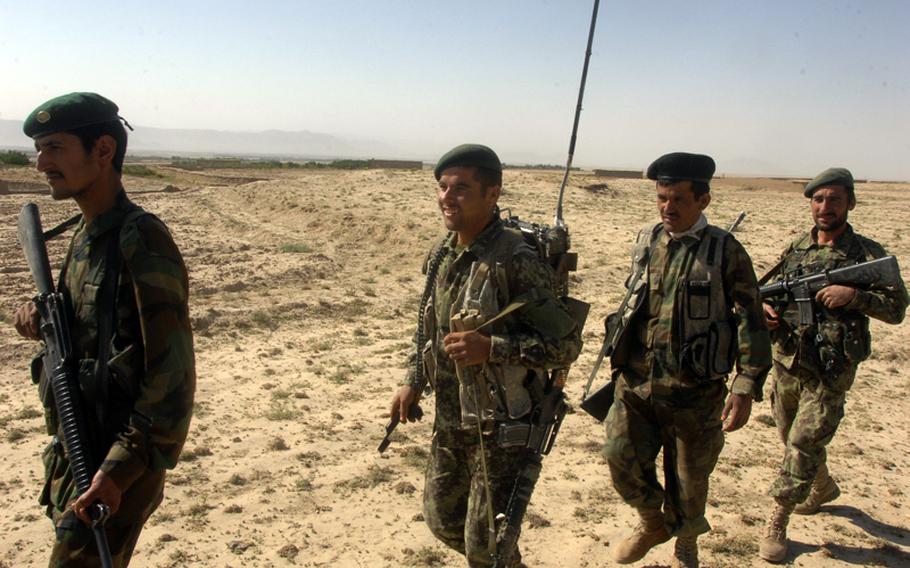 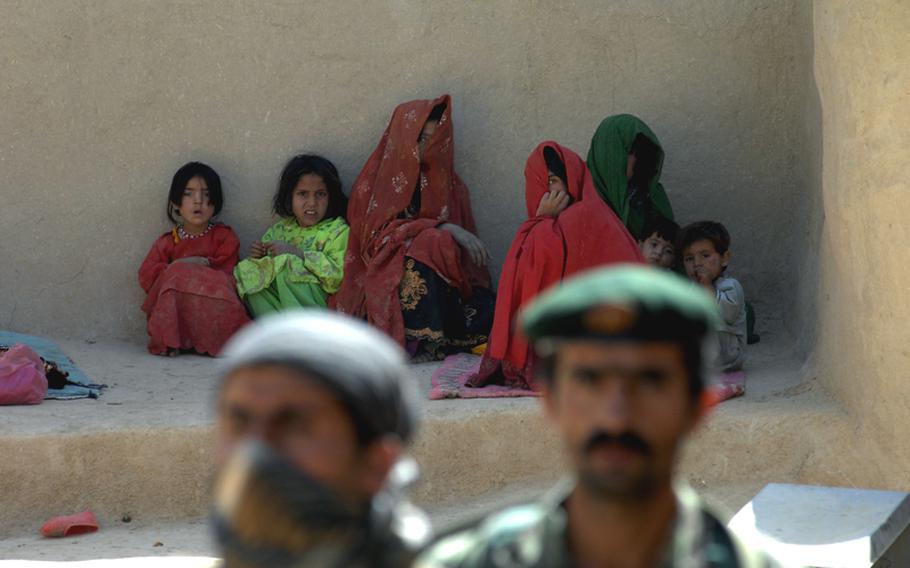 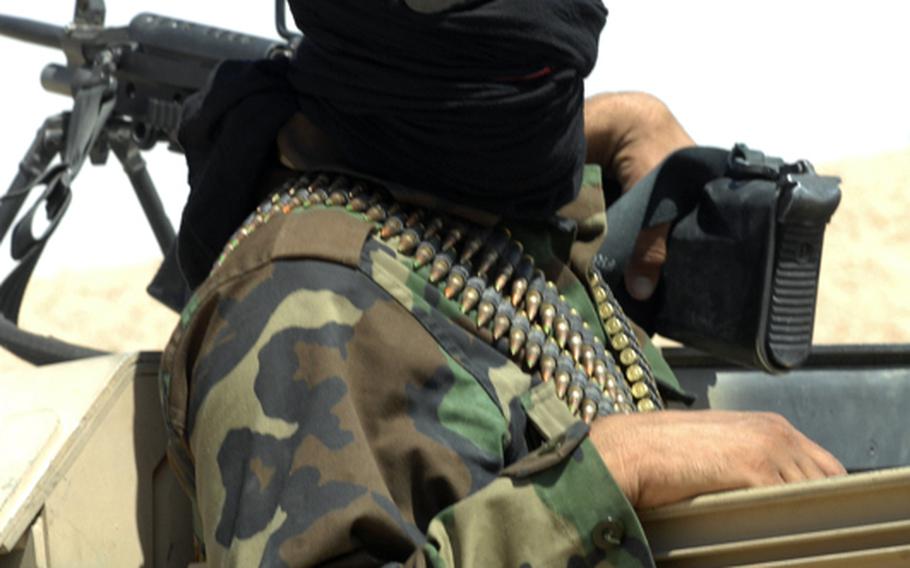 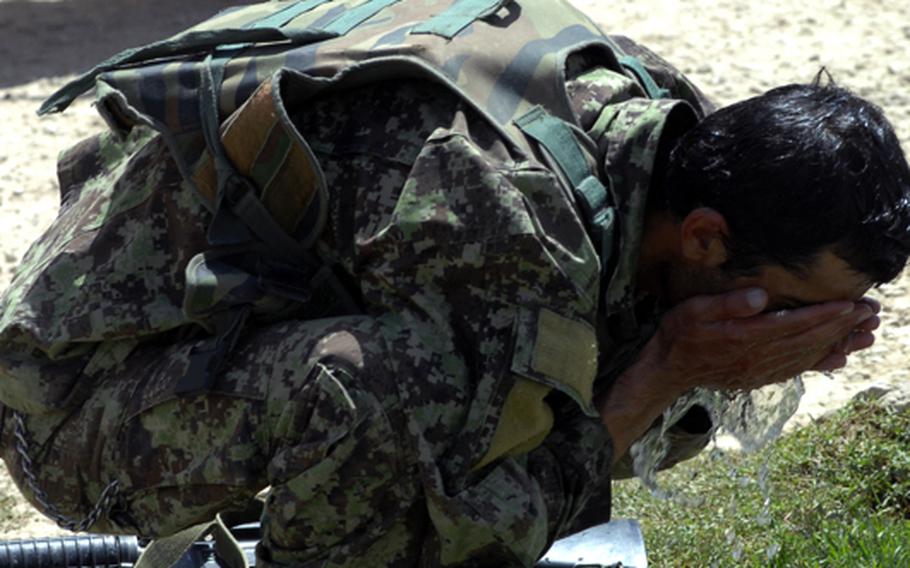 Buy Photo
An Afghan cools off during a patrol in Zabul Province, Afghanistan on Tuesday. The Afghan troops, who are fasting during the Muslim holy month of Ramadan, go without food and water during the day. (Seth Robson/Stars and Stripes)

ZABUL PROVINCE, Afghanistan &#8212; Afghan soldiers and police will take the lead securing provincial elections later this month with international forces backing them up, according to the International Security Assistance Force.

&#8220;These elections are Afghan-led, Afghan-run and the Afghan National Security Forces have the lead in providing election security throughout the nation,&#8221; Air Force Capt. Will Powell, an ISAF public affairs officer, said in an e-mail this week.

Afghan National Police will be responsible for protecting voters at polling centers while the Afghan National Army secures nearby neighborhoods and roads, he said.

&#8220;It&#8217;s a critical step in the development of both the Afghan Security Forces, but also the country as a whole, for the people to see and develop trust and confidence in their own security agencies,&#8221; he said.

ISAF support during the elections will include intelligence sharing, air transportation of sensitive balloting materials, quick-reaction forces and support in emergency and critical situations, Powell said.

Security forces have their work cut out for them. Violence is escalating, and those supporting elections have been targeted by the Taliban in recent weeks.

According to the Free and Fair Election Foundation of Afghanistan, a shopkeeper in Logar province was killed in July for displaying a campaign poster. The Taliban then posted a note saying anyone else supporting the elections would meet the same fate. Would-be voters in Nangarhar were told they would have their right hand cut off.

The commander of Combined Team Uruzgan, U.S. Army Col. Jim Creighton, said there are now more than 2,500 police in the province, many of them trained at a new police academy in Tirin Kot. The number of Afghan soldiers there has increased from 300 a few years ago to more than 3,000, he said.

The Afghans&#8217; plan for security during the elections in Uruzgan includes all the things that U.S. forces would consider if they were in the lead, he said.

&#8220;They have a solid plan to secure the election sites, polling materials and people so they can vote as they see fit,&#8221; he said.

Capt. Jon-Paul Depreo, 30, of Gulfport, Miss., commander of the 2nd Stryker Cavalry Regiment&#8217;s Engineer Troop, are doing security operations in Shah Joy district, Zabul province, and getting a feel for the locals&#8217; attitudes about the election.

Most local farmers who 2nd SCR soldiers talked to in Shah Joy on Tuesday and Wednesday said they plan to vote.

Haji Dor Mohammed said he doesn&#8217;t expect much from whoever gets elected.

Momhatasham, who like many Afghans uses one name, is a former teacher. He has been out of work since the Taliban ordered the village school closed, and said he&#8217;s afraid to vote.

Grape farmer Abdul Kadir didn&#8217;t seem impressed by the Afghan security forces. He told the Americans that the Taliban come at night and that the Afghan soldiers are scared of them.

One of the Afghan soldiers working with 2nd SCR in Zabul, Staff Sgt. Gul Rokhan, 35, said through an interpreter that he&#8217;s confident in his men&#8217;s ability to provide security during the elections, although he expects attacks.

Rokhan, a Pashtun, said some families in Zabul have one son in the Army, one working for the government and another who is a member of the Taliban.

Stars and Stripes&#8217; Patrick Dickson contributed to this report. robsons&#064;estripes.osd.mil