Wet feet, turtles and submarines: The journey to school is an adventure for a Navy officer's son in Hawaii 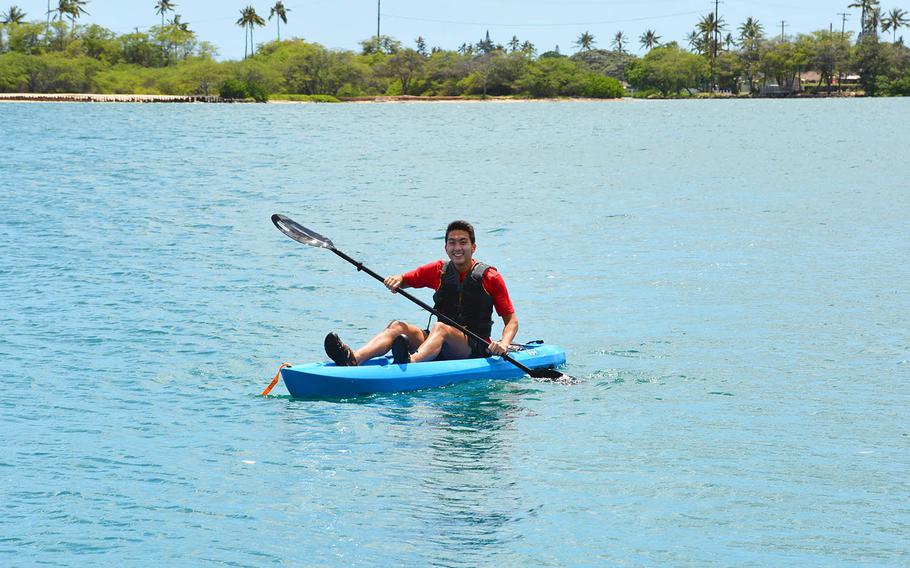 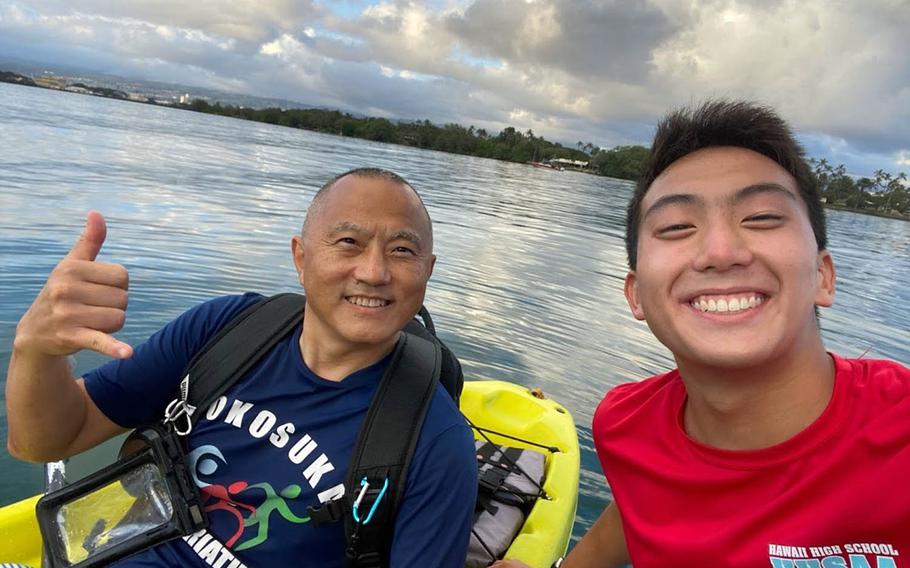 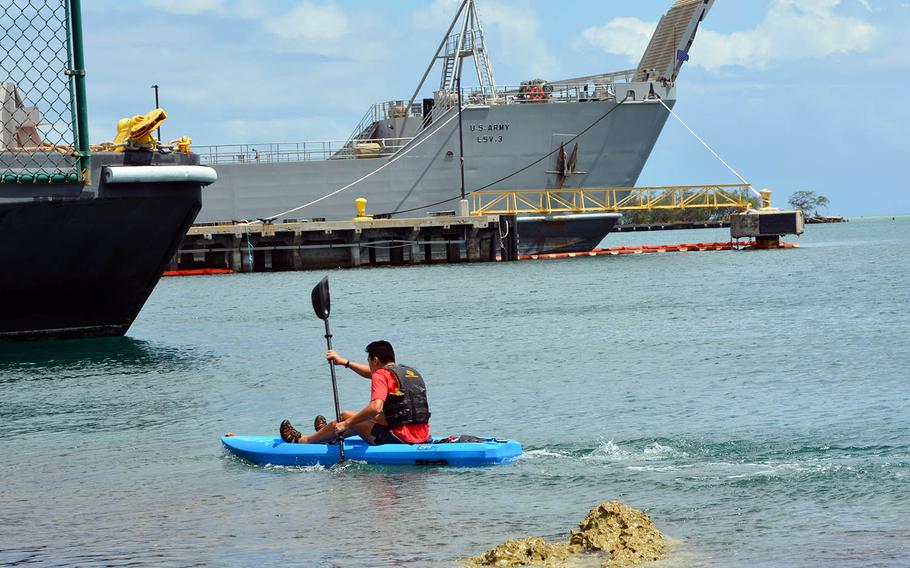 JOINT BASE PEARL HARBOR-HICKAM, Hawaii — As the son of a career Navy officer, 18-year-old Jonah Lee has traveled extensively, having lived in Italy, California, Washington, Florida, Maryland and Japan.

But one of the most intriguing journeys in his young life is the daily commute to high school via kayak that he makes across a quarter-mile-wide channel in Pearl Harbor, Hawaii.

“I always joke with my friends that when I have grandkids I'll be like, ‘Back in my day we had to kayak to school — upstream both ways,’” Lee told Stars and Stripes during a recent interview at the pier at Joint Base Pearl Harbor-Hickam. He stores his kayak there during the school day.

“It's always awesome,” said Lee, who is also a voracious surfer. “If you're sleepy, your feet get wet and you're like, ‘Whoa!’”

Lee’s physician father, Capt. Benjamin Lee, was transferred to the base in 2018, and the family settled into military housing on nearby Ford Island.

Lee, meanwhile, settled into 10th grade at Radford High School, a public school just outside the base. In a life already filled with frequent transitions, this one was particularly difficult — a “triple whammy,” as Lee describes it.

It was his first time in Hawaii, his first foray away from homeschooling and his first experience with advanced placement courses and classmates.

“It was a really crazy thing,” he recalled.

But he thrived, joining the school’s swim, cross-country and track teams for each season and reveling in new perspectives from an array of teachers.

Andrea Fitzgerald, his teacher for advanced placement classes in world history and macro- and micro-economics, described Lee as “enthusiastic, driven, an outside-the-box kind of guy.”

“As a teacher, you can see in a student when the wheels are truly turning,” she said. “And whatever kind of topics we were on, you could see that he was taking the information, understanding the connections … and asking the question that went beyond the surface of what we're looking at.”

Just before Lee’s junior year was to begin, his parents bought a home in Ewa, a suburban community on the far side of Pearl Harbor from the base. It was in a different school district and meant he would attend Campbell High School, a few minutes away from his new home.

But with a new cadre of friends and prized teachers, Lee said he decided to finish high school at Radford, a choice his parents supported. But it would mean a long round-trip commute on a congested freeway each day.

His father broached the idea of kayaking to school.

“You can sit in H-1 traffic for an hour, or you can get your feet wet,” Lee recalls his father saying.

His father had in fact already been considering a kayak commute for himself to the base.

“When I was in Japan, a friend of ours transferred to Hawaii, and he commuted by kayak,” said the elder Lee, who uses the same mode of transportation to his job. “I was very intrigued by the idea.”

He believed his son, the youngest of four children, had the stick-to-itiveness to continue making the trek in the months to come.

The high-schooler often bikes the 4 miles from his home to the Ewa Beach boat dock, kayaks for 20 to 30 minutes and then a school chum picks him up in a car for the roughly 4-mile trip to the school.

“Every morning you get to see the pre-sunrise and then when you go back you see the sunset.”

And the occasional Navy ship or submarine bobs past.

He recalled crossing through heavy fog one morning.

“I look to my left, and I see this black thing in the fog,” he said. “I’m thinking, ‘I hope that’s not what I think it is.’ I keep on paddling, and then I see the sub coming through.”

Keeping dry is no simple matter.

“If it rains, you get wet. I go rain or shine,” he said. “I carry most of my stuff in a waterproof bag. Kayaking definitely teaches you logistics. You have to organize.”

The coronavirus pandemic led to more virtual class time, but even on those days Lee usually makes the trip over for sports practice.

He is set to graduate later this month, but his adventures on water are only beginning.

He is headed to the Coast Guard Academy in New London, Conn., and begins orientation in late June. He was accepted into the Naval Academy at Annapolis, but ultimately decided the Coast Guard’s mission and lifestyle suit him better.

“I’m definitely going to miss this commute, that’s for sure,” Lee said of his impending move.

“I’ll miss my friends, but I guess as a military kid you get used to that,” he said. “You move on. It teaches you to be thankful for what you have and make the most of what you have.”