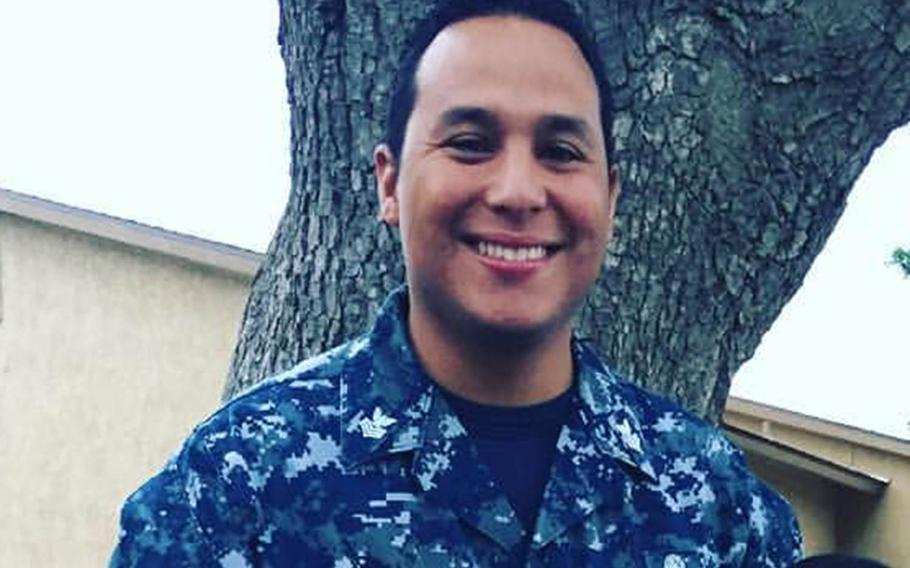 YOKOSUKA NAVAL BASE, Japan — A USS Ronald Reagan sailor convicted of six sex crimes, including attempted sexual assault of a child, was dishonorably discharged Thursday and sentenced to three years in prison.

After sentencing deliberations that lasted more than five hours Thursday, the jurors also decided Sandoval — a boatswain’s mate attached to the aircraft carrier — would have his rank reduced to E-1 and forfeit 36 months of pay as part of his punishment.

Authorities arrested Sandoval in March after he messaged two undercover Naval Criminal Investigative Service agents — one posing as a 14-year-old girl and the other pretending to be a mother seeking a man to rape her 7-year-old daughter — on the anonymous messaging app Whisper.

Between March 20 and 22, Sandoval sent sexual text messages to each investigator and made plans to have sex with the girls, according to evidence.

NCIS agents ultimately confronted and arrested Sandoval when he traveled to Yokosuka’s family housing area to meet the 14-year-old for sexual acts during his lunch break March 22.

“These are not victimless crimes,” McBride said during closing arguments Thursday. “For the accused, these were real people ... Real people he would do real things to.”

Defense attorney Lt. Jim Howland argued that Sandoval should not be punished the same as those who harmed real children.

The defense presented evidence before his sentencing Thursday that showed Sandoval’s state of affairs when he committed the crimes. He was suffering through the end of a marriage and straining financially.

“I want somebody who appreciates me and I’ll appreciate them back,” Sandoval had messaged the 14-year-old in March.

McBride, however, argued that “a failing marriage does not excuse” Sandoval’s crimes. The prosecutor also said Sandoval was “smart” and a “hard worker” who was selected to become chief petty officer but threw it all away with his actions.

Referencing a Stars and Stripes article published Wednesday about Sandoval’s conviction, the defense argued that the sailor should receive a lesser sentence because even without prison time, he would suffer “shame that’s going to follow him wherever he goes” and had already lost his source of income and “the honor of wearing a uniform.”

“Shame is the most effective punishment. ... Everybody in the world is going to know what he did,” Howland told jurors. “The world knows who he is now. He can’t hide.”

But McBride said that sentencing Sandoval to 11 years in prison would “send a powerful message to the community ... that we will not accept [these kinds of crimes] in the United States Navy.”

Prior to his trial, Sandoval had spent 148 days in confinement since his arrest. They will be counted toward his total time served and be subtracted from his three-year sentence.

It was unclear Thursday where Sandoval would serve out his sentence. He will be required to register as a sex offender upon release.