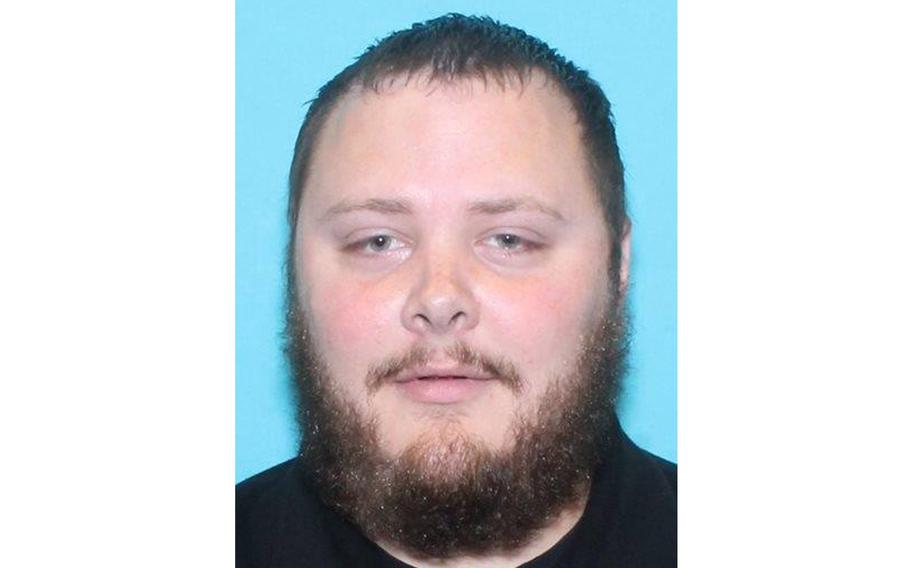 Former airman Devin Kelley had choked his wife and put a gun to her head. He’d fractured her baby’s skull. He’d made threats to his commanders and he’d been committed to a mental hospital. Those acts foretold Kelley as a potential killer, experts say, and make the Air Force’s failure to enter his name into an FBI database especially egregious.

“You name it, he had every red flag they’ve been able to discern in the research,” said domestic violence expert Andrew Klein, who wrote a 2015 manual for probation officers on dealing with domestic violence offenders, including trying to predict future lethality. “He should have been on that database on three different levels.”

Kelley opened fire with a semi-automatic rifle inside a Texas church earlier this month, killing 25 and injuring 20 more, authorities say. He bought the weapon from a San Antonio gun store after a background check came back clean. The Air Force has acknowledged it failed to enter Kelley’s 2012 court-martial conviction for domestic violence, which precludes firearms possession, into the database.

The Air Force’s failure has highlighted potential lapses in each service’s required reporting to the FBI of domestic violence assaults. It also underscores how military offenders at risk for future violence — particularly domestic abusers — go undetected.

“We don’t have probation officers,” he said, and military judges aren’t authorized to order counseling or put other restrictions on defendants.

And while domestic violence and felony court-martial convictions are supposed to be entered into the FBI database, administrative actions taken against abusers remain confidential in accord with privacy laws.

Once a servicemember is discharged, there is zero follow-up, Christensen said.

“When we discharge one of these people, he’s no longer our problem,” said Lt. Gen. Richard Harding, formerly the service’s top legal officer. “But these people who resort to dispute resolution at the end of a weapon, when we boot them out of the service, we do owe society a notice.”

Kelley is at least the third former servicemember in the past 16 months accused of murder in a mass shooting. All three had histories of domestic violence or violence against women.

Micah Johnson, whom the Army sent home in the middle of a 2014 Afghanistan tour after he so severely sexually harassed a woman she was granted a protection order, killed five Dallas police officers and wounded nine more in July of last year.

Johnson, who was killed by police, had been honorably discharged.

Esteban Santiago, the former Army National Guard soldier accused of gunning down 11 people at the Fort Lauderdale airport in January, killing five, had the year before been arrested for choking his girlfriend.

Klein said that scores of mass shooters whose crimes were attributed in the media to mental illness, post-traumatic stress disorder, racial animus, anti-abortion beliefs or terrorism had all abused wives or girlfriends.

“It’s a myth that domestic violence is confined to the family,” Klein said. “These are very disturbed, violent people. They practice in the home, then they move outward. The home is like an incubator.”

In at least 54 percent of mass shootings from 2009 to 2016, the shooters killed intimate partners or other family members, according to an analysis by Everytown for Gun Safety. Mass shootings were defined as those with four fatalities, not including the shooter.

The same analysis found that 16 percent of mass shooters had previously been charged with domestic violence.

Domestic violence convictions were added to the list of categories precluding people from possessing firearms and ammunition by a 1996 law.

“We know that the weapon of choice for lethal domestic violence is guns. That’s why it’s so important to disarm these guys,” Klein said.

Other factors significantly increasing the likelihood an abuser will kill are previous threats to kill, previous gun assaults and prior attempts to strangle. Research has also found that male abusers are more likely to kill if they are not the fathers of the children in the household, Klein said.

Kelley’s case involved all those factors.

Christensen said other mistakes in the Kelley case contributed to the tragic outcome. Gen. Robin Rand, Kelley’s court-martial convening authority, erred by allowing a military jury - with few sentencing guidelines and no experience — to sentence Kelley as part of a pre-trial agreement after he pleaded guilty.

Convening authorities almost always require judicial sentencing for plea agreements, he said. A judge would have given Kelley a tougher sentence, including a dishonorable discharge, he said. Those discharges, which also preclude firearms possession, would have been entered into the FBI database.

Air Force officials haven’t explained why Kelley’s records were not entered and say they are doing an audit. The Pentagon is also investigating whether the other services have failed to follow the law to enter domestic violence and felony convictions into the FBI database.

On Wednesday, Army officials said up to 20 percent of its federal convictions were not reported. Previous inspector general reports have put the failure rate higher.

Some states have also been “negligent reporters” of domestic violence assaults to the FBI database, Klein said, but the focus on the Air Force failure could change that.

“There was a myth that but for the fact they’re abusive to their intimate partners, these guys are law-abiding citizens,” Klein said. “Obviously, that’s not true.”